In Manali, 4134 tourists’ vehicles crossed the Rohtang Tunnel on Saturday. 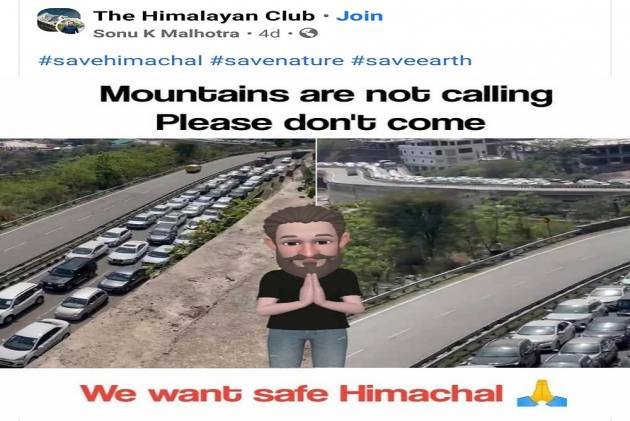 With 4000 plus vehicles entering at Parwanoo for Shimla, and an official web-portal reporting entry of 18,510 persons on Saturday, Himachal Pradesh is buzzing with tourists after the state government lifted the RTPCR conditions.

The hoteliers claim that occupancy has swelled –up to 55 to 60 percent while high- end hotels are almost running with 92 to 97 percent capacity, including the weekends.

The crowd at the Mall Road and nearby tourist destinations of Kufri, Mashobra and Fagu as also the packed parking places has made the netizens to post messages asking the tourists not to come to the mountains.

“Mountains are not calling. Please don’t come. We want safe Himachal, “wrote a citizen under the twitter head of “The Himalayan Club”.

This seems to be quite a panic reaction in view of the reports about “inevitable third wave of Covid 19” coming in the next six to eight weeks.

Sanjay Sood, President, Shimla Hotels and Restaurants Association, however, has tried to dispel the apprehensions about the tourists’ arrival as “invitation to the third wave”.

“I can tell you that most people coming to Shimla or else are either vaccinated or have recovered from Covid 19. How will put his life in danger in these conditions to pick-up travelling plans without taking precautions about the infection against the virus. The fears are unfounded,” he says adding that the police were strictly enforcing the norms.

Chief Minister Jai Ram Thakur has ruled-out any move to impose restrictions on the tourists. " We are devising mechanisms not to allow crowding of the places" Thakur assured

But the new trend seen in the Covid-19 time somehow is that most tourists are staying away from the hotels and crowded places, either in the home stays or picking-up places away from the towns.

Most people having flats and build-up places around Shimla are renting the spaces to the tourists at high cost. Few families have booked their rooms in places like Kotkhai, Theog, Fagu, Shoghi, Shimla’s new localities like Mailee, Panthaghati and Kanlog.

Mohinder Singh Dhoni checked in at a home stay in Mailee area with around 12 members but made a quick retreat when the crowd of fans started pouring in there.

Kumud Singh, IAS, Managing Director HPTDC says the weekend has gone well, after a huge set-back to the hotel business but expressed concern that home-stays, Bed and Breakfast (B&B) and also some unauthorised “home –stays” are causing quite a dent to  registered hotels.This is the reason why the hotels are not reflecting the exact positions of the tourists footfall commensurate to the vehicles entering at the borders.

In Manali, 4134 tourists’ vehicles crossed the Rohtang Tunnel on Saturday.

Even Rohtang Pass (height 13059 feet) -- world famous high altitude tourist destination-- is drawing a massive crowd of tourists though their movements are regulated through online passes on the guidelines issued by the National Green Tribunal.