The Inspiring Tale Of Baba, Dhaba And Social Media

'Like everyday, my parents started cooking at 6 am. When they reached the shop at 8.30 am, they found people were already lined up outside,' says son of Kanta Prasad. 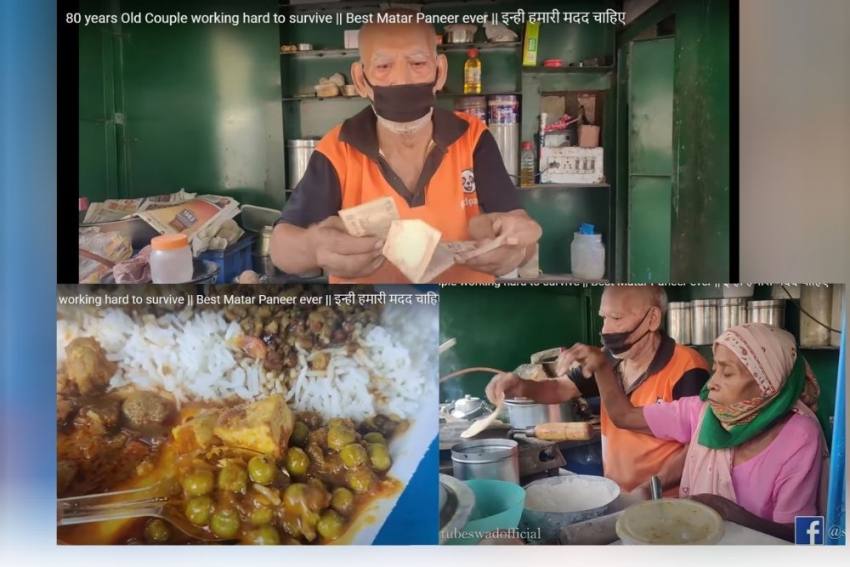 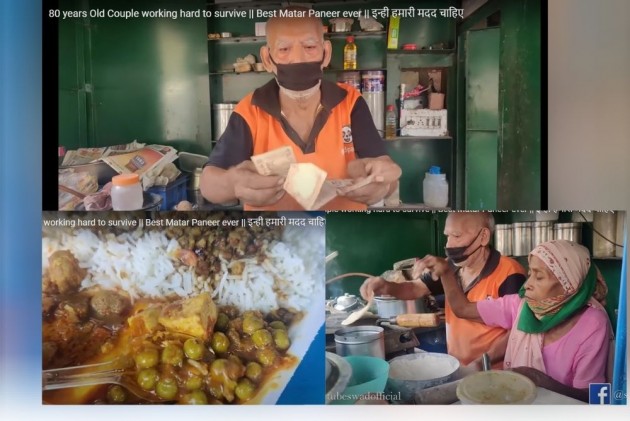 Life of Kanta Prasad took a happy turn when his tiny food stall, Baba Ka Dhaba flooded with customers, bloggers, journalists after a video went viral on social media.  However, the situation was totally different yesterday. Teary eyed Kanta Prasad, who is 80-years-old shared his grieving concern about the days when he had no customers.

A little blue-colored food stall in Malviya Nagar (South Delhi) is run by Kanta and his wife for more than 30 years and post the nationwide lockdown, he is amongst the worst hit. A video went viral on multiple social media platforms, like twitter, instagram, facebook showing a teary eyed old men recalling the adverse effects of lockdown on his business and how he has been trying to make money for feeding their stomachs. The video was widely shared and soon became viral. The next day i.e on 8 october, people were making beeline to grab the meal at the Baba Ka Dhaba stall.

Many bollywood celebs and influencers appealed to Delhi people to visit the Dhaba and grab a meal there. Yesterday, #BabaKaDhaba was also trending on twitter

“Like everyday, my parents started cooking at 6 am. When they reached the shop at 8.30 am, they found people were already lined up outside.

“For the first few hours, we sold only parathas and then prepared more items,” said, Prasad’s 37-year-old son.

By 12 noon, all items on the menu, comprising chapati, rice, mixed vegetable, and paneer, all ranging between Rs 10-50, were sold out – much to their surprise and stupefaction.

Prasad’s food stall that he has been running with his wife since the early 1990s hit its nadir during the lockdown and in the weeks that followed. The elderly couple barely made enough to make ends meet and their food was mostly unsold at the end of the day.

Their despair came to light when Instagram influencer Gaurav Wasan on Wednesday captured Prasad breaking down as he talked about his struggles in a video shared on his social media account.

Overnight, the post spiralled into a movement to help the elderly couple, whose plight struck a chord of empathy in distant corners of the country.

Besides Prasad and his wife, the family comprises their three children, two grandchildren and a daughter-in-law.

Before Covid-19 took its toll on businesses countrywide, Prasad would make enough to save Rs.4,000-Rs.5000 almost every month. It all dried up in the months since March when India went into lockdown.

There were days, Prasad said, when not a single customer turned up.

Wasan, who posted the video through his Instagram handle @youtubeswadofficial, said he is always on the lookout for lesser known food joints around the city but never did he imagine his post would lead to so much traction.

“With the kind of support this has created, I will continue to focus on other food joints which need help in this time,” says Wasan, who has over 1,15,000 followers on Instagram. The video is still trending on Youtube #10

Food delivery giant Zomato also extended their support to the elderly couple by listing their Dhaba on the app, so that people can easily order food online. They announced it yesterday on twitter. The post read, "baba ka dhaba is now listed on zomato and our team is working with the elderly couple there to enable food deliveries. Thank you to the good people of the internet for bringing our attention to this."

UPDATE: baba ka dhaba is now listed on zomato and our team is working with the elderly couple there to enable food deliveries