The organisation also alleged that several fake reports and videos are being circulated on social media, showing Muslims in a bad light, further creating communal tension within the society. 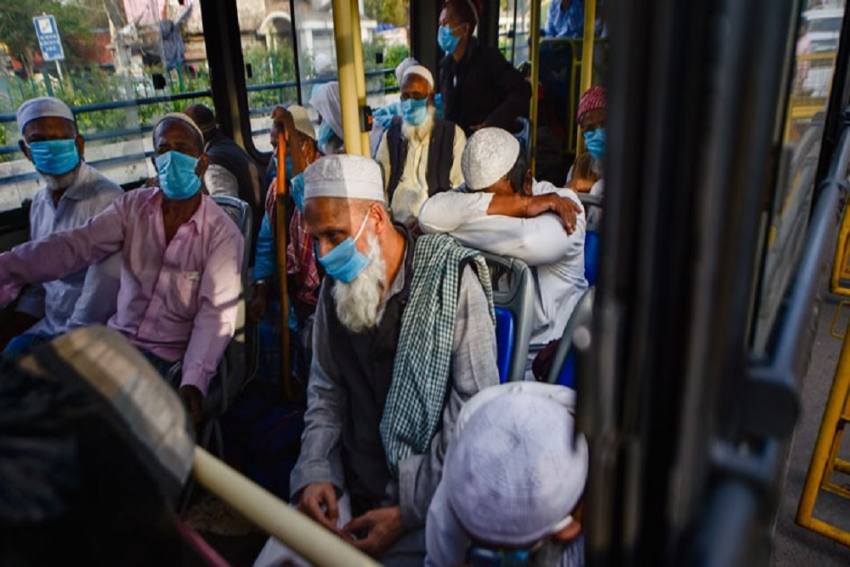 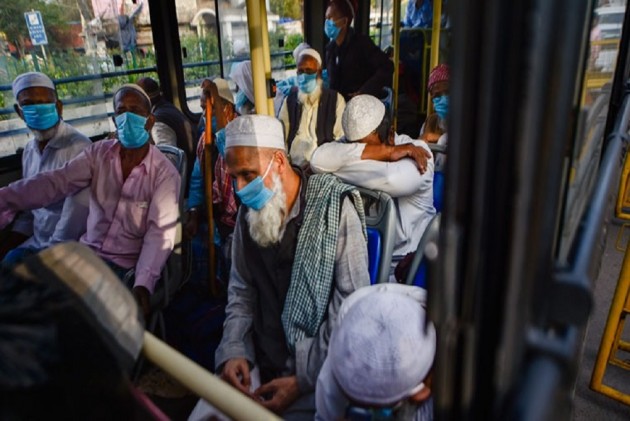 With the number of positive coronavirus cases linked to Tablighi Jamaat rising to 1,445 on Monday, the Jamiat Ulama-I-Hind – one of the leading Islamic organisations belonging to the Deobandi school of thought -- has filed a Public Interest Litigation (PIL) in the Supreme Court, to prevent the communalisation of the Nizamuddin Markaz issue by certain sections of print and electronic media.

Filed by advocate Ejaz Maqbool on behalf of Jamiat Ulama-I-Hind, the petition has alleged that baseless allegations and fake reports have triggered communal antagonism and has also perpetrated hatred. This has resulted in fissiparous tendencies gaining foothold, undermining and affecting communal harmony, the petition alleged.

The Muslim body has sought a direction from the top court to the Centre and the Ministry of Information and Broadcasting, to stop dissemination of fake news and take strict action against those sections of the media which spread bigotry and communal hatred.

On March 31, a number of people who attended an event by the Muslim religious organisation Tablighi Jamat at Delhi’s Nizamuddin Markaz, tested positive for the Coronavirus infection. The incident made national headlines the very next day.

“However, certain sections of the media, instead of exercising restraint, reported the entire incident with a communal flavour, with phrases such as “Corona ON Jihad”, “Corona Terrorism”, “Islamic Insurrection”, “Corona bombs” etc,” the petition has alleged.

“It was thus apparent that the unfortunate incident of the Tablighi Jamat was being used to demonise and blame the entire Muslim community,” It added.

The organisation also alleged that several fake reports and videos are being circulated on social media, showing Muslims in a bad light, further creating communal tension within the society.

“For instance, a fake video of Sufi followers indulging in mass sneezing or another fake video showing Muslim persons licking vessels, allegedly to perpetrate the spread of coronavirus in the country,” it said.

Drawing the apex court’s attention towards social media websites which were flooded with videos that demean the Muslim Community, it said, “Ever since the communal riots in February 2020, the situation in Delhi and in the rest of the nation is already tense and sensitive, therefore, such reporting will only deteriorate the circumstances.”

It said that any reporting with a communal angle will also hamper and undermine the unity and the fight against COVID- 19.

The SC recently directed the media to maintain a strong sense of responsibility while reporting on the plight of migrant workers, who were stuck due the nationwide lockdown. It also asked them to ensure that unverified news, capable of causing panic, is not disseminated.

Referring to this direction, the petition has pleaded that the media should be directed to tread with caution and warned against giving any communal angle to the Nizamuddin Markaz incident.