German Chancellor Angela Merkel, who is on a visit to India, on Friday said the situation in Kashmir 'is not good' and is 'not sustainable'. 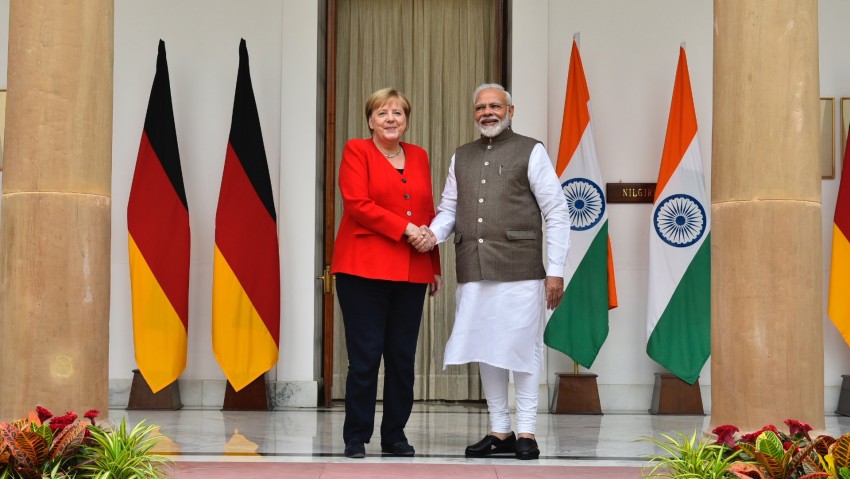 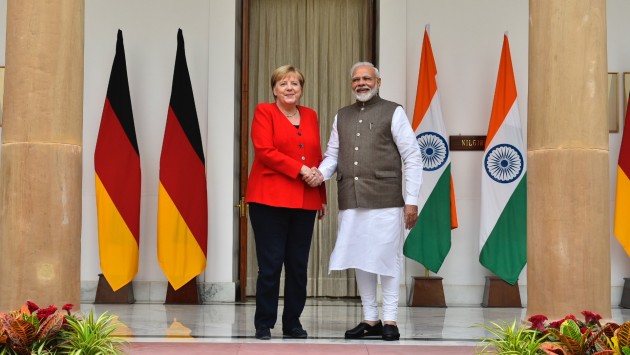 German Chancellor Angela Merkel, who is on a visit to India, on Friday said the situation in Kashmir 'is not good' and is 'not sustainable'.

Merkel's remarks on Kashmir come ahead of her restricted meeting with Prime Minister Narendra Modi.

"As the situation at this moment (in Kashmir) is not sustainable and not good, this has to change for sure," Merkel was quoted as saying by a German journalist accompanying her.

Earlier in the day, Merkel co-chaired the fifth inter-governmenatl Consultations with PM Modi, however, the two leaders did not Kashmir issue then.

According to IANS, Merkel had told German media persons accompanying her that she would raise the matter with Modi on Friday evening, though she was aware of India's position regarding Kashmir.

The comments by the German Chancellor come amidst concerns expressed by some foreign lawmakers, including from the US, over restrictions imposed by the government post abrogation of Article 370 to withdraw Jammu and Kashmir's special status in August.

The United Nations on Tuesday once again urged the Indian authorities to unlock the situation in Jammu and Kashmir, which has been in lockdown ever since it was stripped of its special status on August 5.

The government had recently restored postpaid mobile phones in the Valley but had to suspend SMS services to curtail possibilities of violence.

In a tweet on its official account, the international body expressed concerns over the current state of affairs in the valley, saying its population had been "deprived of human rights."

"We are extremely concerned that the population of Indian-Administered #Kashmir continues to be deprived of a wide range of human rights and we urge the Indian authorities to unlock the situation and fully restore the rights that are currently being denied," it said, tagging the official account of UN Human Rights.

Agree With Indian Govt On Need To Safeguard Privacy: WhatsApp