Using funds collected from the public to build the temple is akin to 'canvassing' for the 2024 elections in the name of Lord Ram, the Shiv Sena had said earlier 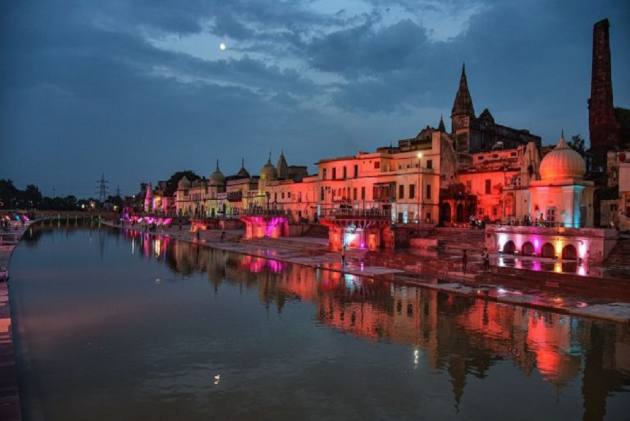 The Shiv Sena linking the drive to collect funds from people for the construction of a Ram temple in Ayodhya with "canvassing" for the 2024 general polls suggests that the Uddhav Thackeray-led party has "given up Hindutva", BJP leader Pravin Darekar alleged on Monday.

Speaking to reporters here, the Leader of Opposition in the Legislative Council also said that Sena MP Sanjay Raut made critical remarks about the initiative "seemingly sensing that the party is losing its mass base".

Earlier in the day, the Sena alleged that the mass contact initiative to collect funds from the public for the Ram temple construction in Ayodhya is akin to "canvassing" for the 2024 general elections in the name of Lord Ram.

In the editorial of its mouthpiece ''Saamana'', the Sena said it was never decided that the grand temple will be constructed through public donations, and political campaigning in the name of Lord Ram has to be stopped at some point of time.

"It is the insult of Lord Ram and Hindutva if donations are sought in God's name, going door-to-door," Raut, executive editor of ''Saamana'', had told reporters.

Without naming any party, he also called for stopping the "political drama" in the name of Lord Ram.

Hitting back, Darekar said, "We can see statements coming from the Shiv Sena as if it has nearly given up Hindutva.

"Sanjay Raut spoke about politics on Ram temple, but who first talked about 'first mandir, phir sarkar'?" Darekar said, apparently referring to the ''first temple, then government'' slogan coined by the Sena in 2018.

On the contrary, the mass contact programme should be praised if people are going to participate, Darekar said.

He said no one should feel "pains in stomach" if devotees of Lord Ram and the people who love India are going to directly help in the work to construct the temple in Ayodhya.

"A good wave of Hindutva has surged through the Ram temple and they (Shiv Sena) may be restless because of that. Raut seems to have made the statement, sensing they are losing their mass base," the BJP leader said.

Shri Ram Janmabhoomi Teerth Kshetra Trust's general secretary Champat Rai had last week said the trust was going to start a mass contact and contribution campaign across the country for the construction of the temple.

The temple will be built using domestic funds collected from the general public through the mass contact programme as the trust doesn't have required approvals for accepting donations from abroad, Rai had said.