Shatrughan Sinha had joined Congress after being denied ticket last year by the BJP to contest from his home town, which he had won in 2009 and 2014. 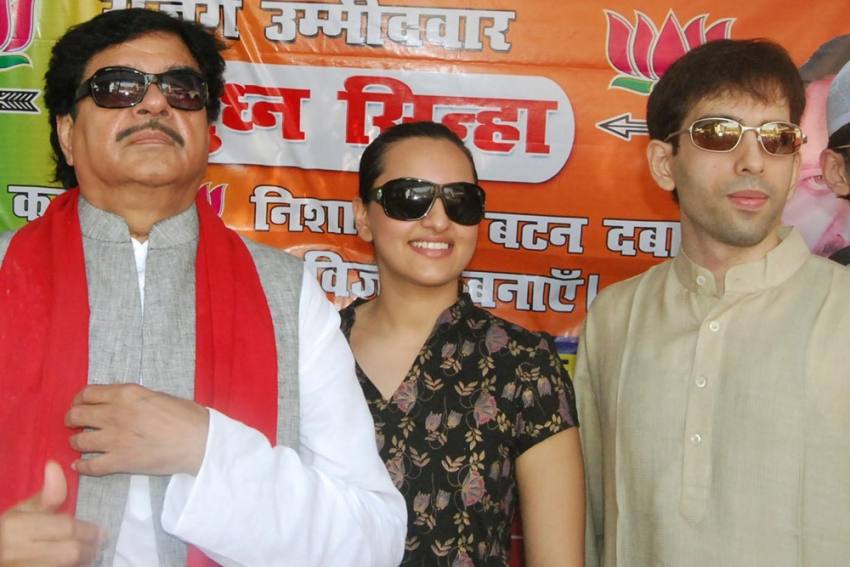 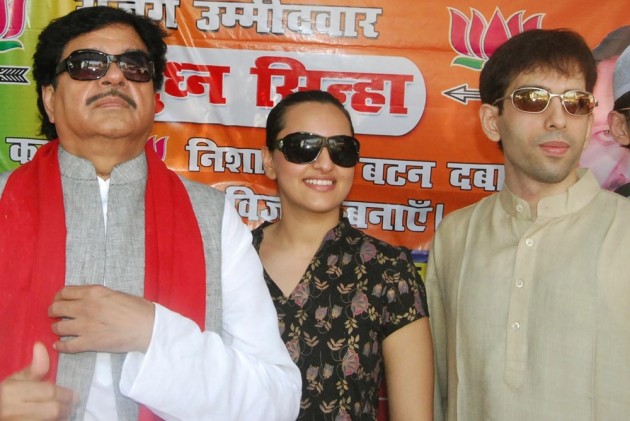 Bollywood veteran and now Congress leader Shatrughan Sinha is seeking to avenge the ‘injustice’ meted out to him by the BJP, in the last Lok Sabha elections in Bihar, by fielding his actor-son Luv Sinha from Bankipur—the most prestigious seat under the Patna Sahib parliamentary constituency.

Shatrughan, a four-term BJP MP from Patna Sahib, had lost the Lok Sabha elections on the Congress ticket to BJP’s Union minister Ravi Shankar Prasad in 2019. He had joined Congress after being denied the ticket last year by the BJP from his home town, which he had represented twice in 2009 and 2014.

Now, Shotgun, who is also a two-term Rajya Sabha member and the first Indian film actor to become a Union cabinet minister, apparently hopes to get even with the saffron party with his son Luv filing the nomination in the Bihar assembly election from the Bankipur seat on Friday.

“On people's demand in general and our own party Congress's command in particular, the most deserving, actor, filmmaker, courageous, positive & energetic makes his foray into politics. 'Bihari Babu's son Luv's direct entry for filing nomination as 'Bihar putr' from our own Bihar's capital 'Patna's capital' #Bankipore,” he tweets.

On people's demand in general & our own party Congress's command in particular, the most deserving, actor, filmmaker, courageous, positive & energetic @LuvSinha makes his foray into politics. 'Bihari Babu's son Luv's direct entry for filing nomination as 'Bihar putr' from our

“With the love, support & blessings of our own people he is fighting not only for the injustice meted out to all of us in the last election, but more importantly for the development, progress, prosperity, pride & glory of Bihar,” he says.

The strategy of Shatrughan, known as Bihari Babu over the years in the state, to project his son ‘Bihar Putr’ (son of Bihar) is aimed at winning over the young voters of the constituency. On his part, Luv says that if elected, he will work towards the development of Patna, which is facing among other things an acute problem of water-logging.

Sources close to the actor say that Luv, who was not even a primary member of Congress, was initially not keen to contest but he agreed after a lot of persuasion from the party leaders, who were looking for a high-profile candidate in their bid to wrest the seat from BJP.

Luv’s last-minute foray into politics has given an interesting twist to this election in the high-profile constituency in the heart of Bihar capital, which has been a stronghold of BJP in the past three decades. Its sitting MLA, Nitin Navin, has won the last three assembly polls in a row.

Before him, his father, the late Navin Kishor Prasad Sinha won the seat (which was called Patna West before the 2009 delimitation) for four consecutive times. The most well-known name after Sushil Kumar Modi in Patna, Navin Kishor died soon after the Nitish Kumar-led government came to power in November 2005. Nitin won the subsequent by-election and has not looked back since.

This time, however, Bihar BJP’s Young Turk is facing a tougher fight with the entry of Luv Sinha in the poll fray as the nominee of the RJD-led Mahagathbandhan. An urban constituency, Bankipur is dominated by Kayasth voters and their votes are likely to be split between Luv and him since both belong to the same caste.

It is, however, not merely Luv’s presence that has made Bankipur an interesting battle. Sushma Sahu, a well-known woman BJP leader from Patna, is also contesting from the same seat after being denied the party ticket. Sahu has been quite active in the constituency and is a former member of the National Women’s Commission.

Also in the poll battle is the much-talked-about Pushpam Priya Choudhary, who has founded an organisation called Plurals to contest Bihar elections, A London School of Economics alumna, Choudhary is creating a lot of buzz with her unusual style of campaign and resolve to overhaul the political system in Bihar.

But she is not the only foreign-educated and highly qualified candidate in the fray. Manish Barriaar, a teacher by choice and an alumnus of Oxford University as well as the Indian Institute of Foreign Trade (IIFT) Delhi, is also contesting the poll with a similar mission.

With the electorate apparently spoilt for choice this time due to the presence of so many deserving candidates in Bankipur, the BJP, therefore, has quite a task cut out for itself in what is known as their traditional pocket borough in Bihar.