Erendro Leichombam was detained on May 13 under NSA over a Facebook post in which he said that cow dung or cow urine will not cure Covid-19. 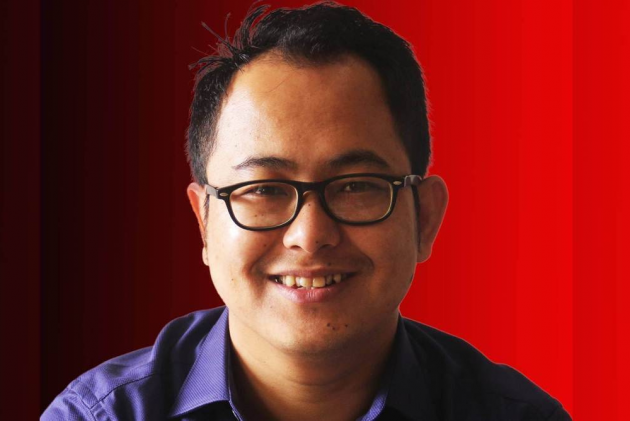 Supreme Court on Monday ordered the release of Manipur-based activist Erendro Leichombam who had been detained under the National Security Act (NSA) over a controversial Facebook post. The apex court ordered that the activist must be released by 5 pm on Monday, adding that he cannot be put in jail for even one night.

Ordering his immediate release,  a bench of Justice D Y Chandrachud and M R Shah said that Erendro's continued detention was in violation of Article 21 of the Constitution.  The bench listed the matter for Tuesday after Solicitor General Tushar Meha said that he was not contesting the plea but would file a response.

Erendro was detained on May 13 under NSA over a Facebook post in which he said that cow dung or cow urine will not cure Covid-19.

The court's order came in response to a plea filed by the activist's father.  At the outset, advocate Shadan Farasat, appearing for L Raghumani Singh, father of political activist Leichombam Erendro, said that the preventive detention clause has been used in a case where not even simple penal provisions are required.

He said the activist has only criticised BJP leaders purportedly advocating cow dung and cow urine as cures for COVID-19.

The plea has challenged the preventive detention of the political activist under the National Security Act (NSA), alleging that it has been done “solely to punish him” for his criticism of BJP leaders purportedly advocating cow dung and cow urine as cures for COVID-19.

Erendro was arrested following a comment he made on Facebook following the death of the then state BJP President. Saikhom Tikendra Singh.  In the post, Erendro had said, "Cow dung and cow urine don't work".

Another Manipur journalist, Kishorechandra Wangkhem, for also arrested for posting the same.

“The statement was made in the context of the death of the President of the Manipur BJP due to COVID-19, as a criticism of the unscientific position taken and misinformation being spread by several BJP politicians regarding cow urine and cow dung being effective in preventing/treating COVID-19,” the plea by Erendro's father said, adding that the post was deleted soon after being posted on May 13 itself.

The petition, filed through Farasat, alleged that for this criticism Erendro has spent some days in custody pursuant to criminal cases initiated against him and thereafter in preventive detention after grant of bail.

“The present case is a shocking instance of misuse of preventive detention law to stifle completely innocuous speech that is fully constitutionally protected and was made in public interest - Erendro, a Manipuri political activist, has been preventively detained solely to punish him for his criticism of Bharatiya Janata Party (BJP) leaders for advocating cow dung and cow urine as cures for COVID-19,” the plea alleged.

It has sought quashing of May 17 detention order and the grounds of detention issued by District Magistrate, Imphal West District.

The plea has also sought direction to the concerned authorities to set Erendro, who is the co-convenor of political outfit Peoples' Resurgence and Justice Alliance, at liberty forthwith.

It said that appropriate compensation, including cost of litigation, should be awarded to the petitioner and his son for the alleged illegal detention that Erendro has suffered.

The plea has claimed that his detention is in violation of the apex court’s April 30 order and a separate contempt petition has also been filed in the top court.

On April 30, the apex court, while hearing the suo motu case on distribution of essential supplies and services during the pandemic, had warned authorities -- from the Centre down to the police chiefs -- against silencing people and their pleas for help on the presumption that they are raising false grievances on the internet.

The top court had made clear that any attempt to clampdown on free flow of information on social media including the call for help from people would be treated as contempt of court.

The plea said that four FIRs have been registered against Erendro by Manipur Police. It said Erendro was arrested on May 13 itself and was remanded to police custody till May 17, the date on which his bail application was to be listed for consideration before the trial court.

It alleged that in anticipation of the trial court’s consideration of the matter and “knowing fully well about the completely flimsy nature of the criminal proceedings”, the district magistrate passed an order for preventive detention under the NSA to “render infructuous the bail” to be granted by the court.

The plea said Erendro was granted bail but was not released due to the detention order.