Rampant Elephant Deaths In Jaipur; Owners Say Inactivity Due To Covid-19 Could Be Reason

Jaipur had a total number of 103 elephants, however, the number of elephants in Jaipur has now come down to 99. 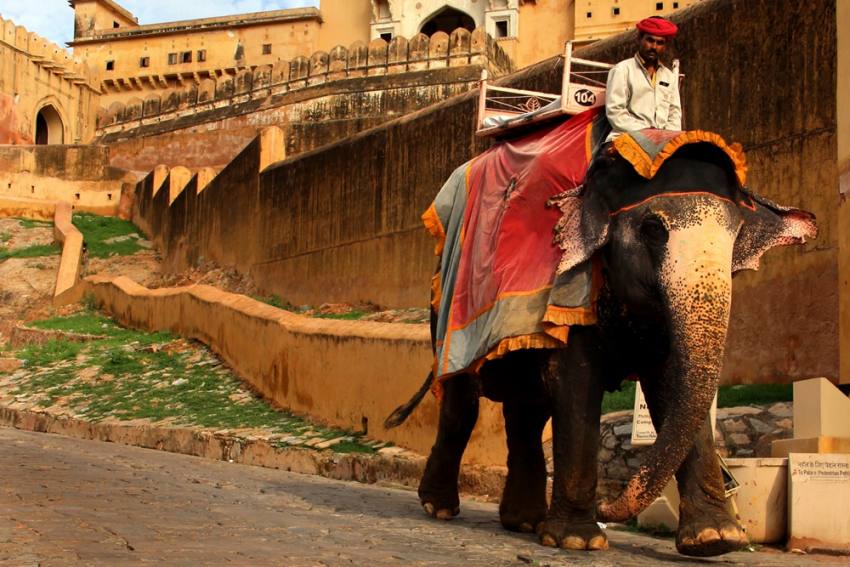 Owners of the elephants say that in the past six months the frequency of elephant deaths has been abnormally high.
Tabeenah Anjum
Tabeenah Anjum 2020-09-11T21:32:38+05:30 Rampant Elephant Deaths In Jaipur; Owners Say Inactivity Due To Covid-19 Could Be Reason 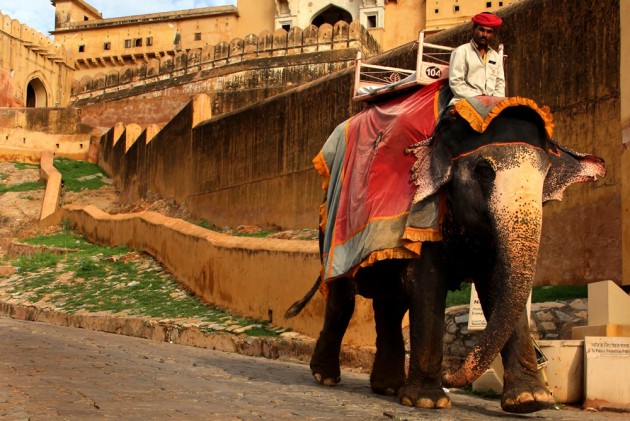 In the past six months, four elephants have died in Jaipur's Amber. Once used for ferrying tourists through the steep climb of the historic Amber Fort, when these tuskers died, the movement of these animals were restricted to their enclosures.

The elephant rides to the Amber fort are closed since March, the month when the Covid-19 pandemic had first hit India.

Owners of the elephants say that in the past six months the frequency of elephant deaths has been abnormally high. The pink city had a total number of 103 elephants out of which 65 were at Haathi Gaon, while the remaining ones live in the vicinity of the Amber fort. However, the number of elephants in Jaipur has now come down to 99.

The apprehensive elephant owners and caretakers (mahauts) cite 'no tourism activity' as the major reason behind their death. "Before lockdown the elephants used to climb Amber fort twice a day which means at least 8-10 km of activity. But since the lockdown was imposed they were forced to stay inside their sheds. Even now as the fort has reopened for the tourists, the Tourism department hasn't revived the elephant rides. Due to zero activity their feet are swollen and the food they eat is unable to digest which causes their death. The doctors too have advised us repeatedly to take them for a long walk", says Shafeeq Khan, who owns three elephants and is the chairman of Elephant Owners’ Association, Jaipur.

Speaking to Outlook, Upkar Burana, District Forest Officer and in charge of elephant village said "All four elephants which died between March 2020 to September 2020 were females. The four elephants — Rani, Rukmani, Kusum Lata and Chanchal — were in the age group of 30-42 years. They were living in the vicinity of Amber Fort."

Outlook had reported on June 2, 2020 on the issues of the Jaipur 's elephants and the caretakers.

Reacting to the story, the then Tourism Minister of Rajasthan Vishvendra Singh had also directed the Tourism department to look into the matter. However, the elephant caretakers claim that nothing has been done so far and they haven't received any monetary assistance from the department.

He added that since the start of the pandemic, families of mahauts have been facing an uncertain future after losing their livelihood.

"Before the Covid-19 outbreak, an elephant caretaker would earn around Rs 15,000-18,000 per month. But none of these families have earned a penny since the outbreak of the pandemic”,said Mohammad.