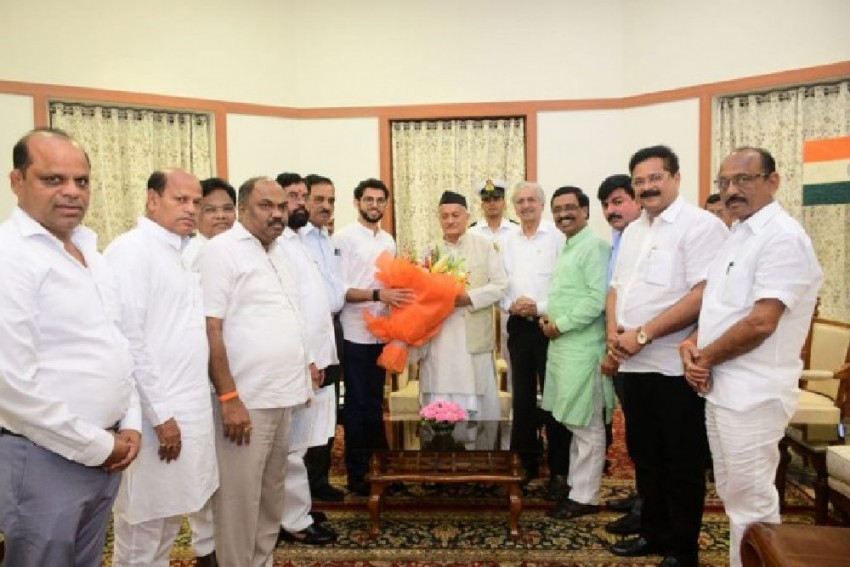 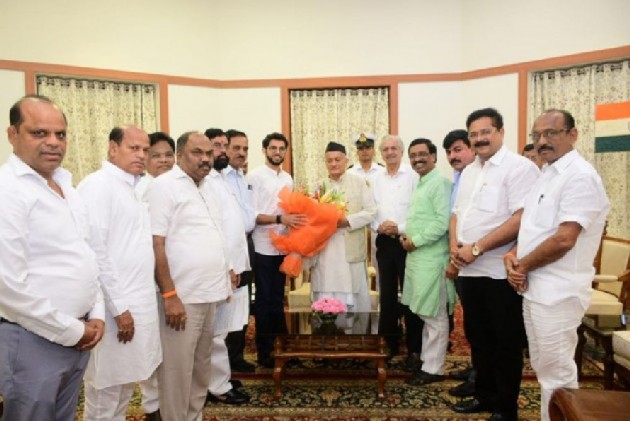 The Shiv Sena on Thursday alleged the imposition of President's rule in Maharashtra was a "scripted act" and took a jibe at the governor, saying he has now given parties six months to form the government.

It also said that former state chief minister Devendra Fadnavis is shedding "crocodile tears" over the imposition of President's rule as power is still indirectly in the hands of the BJP.

Criticising the governor for giving the Shiv Sena just 24 hours to stake claim and refusing it additional time to muster numbers, an editorial in party mouthpiece 'Saamana' said, "It looked like some invisible power was controlling this game and decisions were taken accordingly."

President's rule was imposed in the state on Tuesday after Governor Bhagat Singh Koshyari sent a report to the Centre, stating that formation of a stable government was impossible in the current situation despite all his efforts.

The Sena alleged that protocol was not followed when it went to the Raj Bhawan to seek more time to stake claim for government formation.

The governor waited for the term of the 13th Assembly to end. Had he initiated the government formation procedure earlier, his action of recommending President's rule would
have looked "ethically correct", the Marathi publication said.

"The governor is so kind that he has now given us six months," it said in sarcastic remarks.

"In fact, the imposition of President's rule was a scripted act. It was already decided," the Sena alleged.

The governor was earlier an RSS worker and served as chief minister of Uttarakhand. But Maharashtra is a grand state in terms of geography and history, it noted.

"When the governor denies 48 hours (to stake claim), then people would think something is wrong with the way he is acting," the Uddhav Thackeray-led said.

The Shiv Sena said after the imposition of President's rule, Fadnavis termed it as an "unfortunate" development.

Had Fadnavis condemned the decision of President's rule, then it could have been said his intentions were true, the Sena opined.

With President's rule, the power is still indirectly in the BJP's hands, it said, adding that those who demitted office "look happy" with this decision.

The BJP and Shiv Sena, which fought the October 21 state polls in the alliance, secured a comfortable majority by winning 105 and 56 seats, respectively, in the 288-member Assembly.

But the BJP did not cede Sena's demand of sharing the chief minister's post, leading to falling apart of the nearly three-decade-old alliance.

The Congress and NCP won 44 and 54 seats, respectively, in the last month's polls.

After the imposition of President's rule in the state, the Shiv Sena, Congress and NCP leaders on Wednesday held hectic parleys to work out a 'common minimum programme' for
government formation.