The dynamics between the ruling AIADMK and the BJP have changed vastly between the 2014 and 2019 general elections. 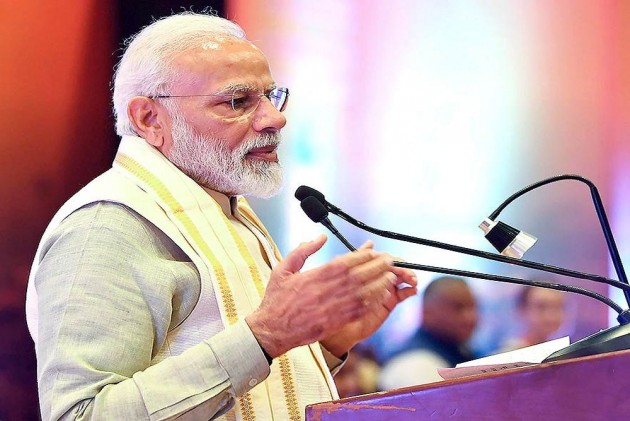 From the days of asking who is better - Gujarat's Modi or Tamil Nadu's Lady - the relationship between AIADMK and the BJP has evolved to the extent that a State Minister on Friday said Prime Minister Narendra Modi is the daddy for his party cadres.

Minister for Milk and Dairy Development K.T.Rajenthra Bhalaji said in Virudhunagar district: "Modi is our daddy. India's Daddy. We accept his leadership."

#WATCH Tamil Nadu Minister K T Rajendra Balaji: Amma's (Jayalalithaa) decisions were her own. So it was different, but in today's context due to absence of Amma, Modi is our daddy, he is our daddy, India's daddy. (8.3.19) pic.twitter.com/2zzETpaEIo

The dynamics between the ruling AIADMK and the BJP have changed vastly between the 2014 and 2019 general elections.

In 2014, AIADMK supremo late Chief Minister J. Jayalalithaa during her election campaign asked the people: "Who is a better administrator? Gujarat's Modi or this Tamil Nadu Lady?"

The crowd had then shouted 'Lady'.

The AIADMK contested in all the 39 Lok Sabha constituencies in Tamil Nadu and won a whopping 37 seats.

But her death in 2016 changed the AIADMK with Deputy Chief Minister O. Panneerselvam going out and coming back into the party and T.T.V.Dhinakaran and V.K.Sasikala kept out.

Though the AIADMK government under Chief Minister K. Palaniswami has survived for two years, the focus is more on winning the upcoming byelections for the 21 Assembly seats that are vacant now.

As a result, it is bonanza time for the smaller parties as the AIADMK had to share Lok Sabha seats with them.

Even after knowing that the A. Vijayakant led DMDK has been holding parallel talks for an electoral alliance with the DMK, the ruling AIADMK is keeping its doors open.

According to political analysts, for the AIADMK, even a party with one per cent vote share is important for the upcoming Assembly byelections at this juncture.

The absence of a tall leader like Jayalalithaa is clearly telling on the AIADMK.

In the 235-member Assembly, the AIADMK has 114 members followed by the DMK with 88, Congress eight, one of the IUML, one Independent, the Speaker and 21 vacant seats (19 disqualified and two dead). Besides, there is a nominated member.

"The AIADMK can consolidate its position in the Assembly even if it wins 8-9 seats in the bypolls. The polls will also test its strength of two-leaves symbol under the current party leadership," Jhon Arokiasamy, political strategist, told IANS.