In a country where the air women breathe is unsafe, both literally and figuratively, there are enough cultural cues preventing women from having the same public and social lives as men. 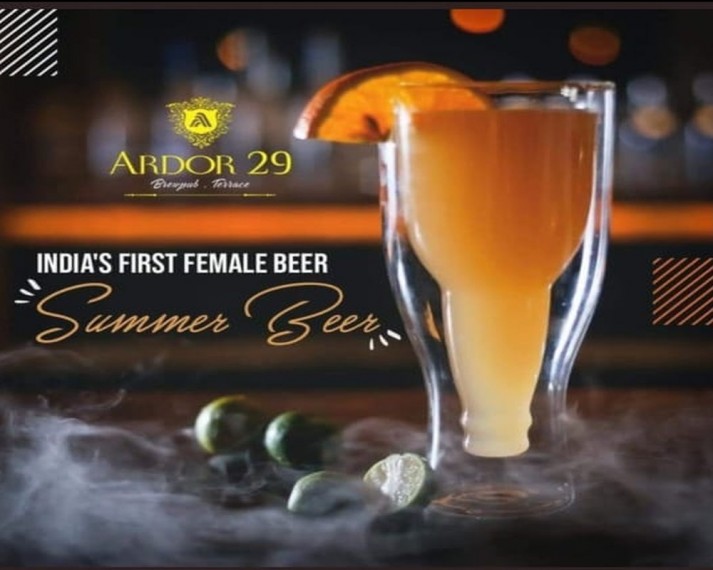 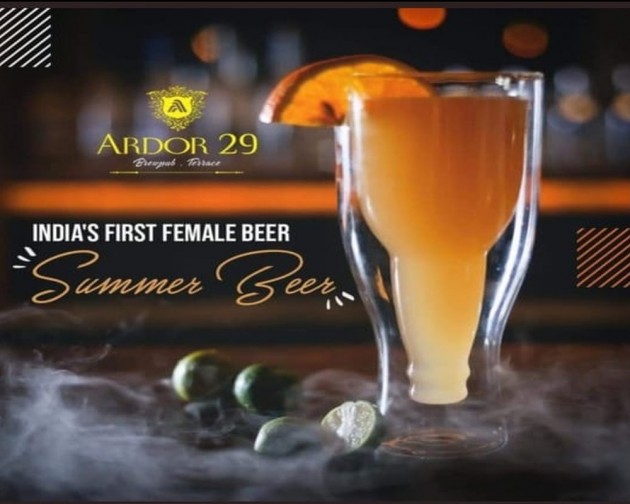 Perhaps to justify the extra 19 cents a dollar that the men in India earn over their women counterparts, a team of mixologists at a Gurgaon pub decided to inflict an invention nobody asked for upon the world - something they are proudly brandishing as “India’s first female beer,” in that is not “bitter” the way this “man’s drink” usually is, but is ‘sweet and mild,’ the way women like their alcohol, and, dare I say, society likes their women.

The since deleted announcement shared by Ardor 21 restaurant manager on his Facebook profile reads, “Gone are the days when beer was called a man’s drink ‘cause it’s bitter and strong ‘cause now we have Beer cocktails that are perf for the pretty ladies too! It's actually sweet and super smooth but it’s no less stronger [sic].”

Kunal Verma, the corporate communications director of the brand, claims that this concoction - beer with cranberry juice and lemonade - was sampled by “20 blindfolded females” and “almost all of them barring one gave a thumbs up to this new idea of sweet beer.”

A sweet, delicious beer-based cocktail would have been a welcome invention for men and women who pinch their nose and offer a silent apology to their taste buds as they chug their beer. But targeting it to women specifically (and using the word “female” as an adjective) is the part where Ardor’s Romeo Squad of the spirits world went wrong. That only men enjoy beer is a tired old stereotype, and women have had to stake their claim over the king of good times through several sexist comments.

In a country where the air women breathe is unsafe, both literally and figuratively, there are enough cultural cues preventing women from having the same public and social lives as men. This pub’s brand of “wimmenz empowermant” - is patronizing and only leads to the further othering of women.

In general, keeping food out of bounds for people based on their gender is a new low for a society that is fanatic about food and would eat just about anything (read: dal makhani Pasta). If Joey were asked to choose between food and keeping his gender identity intact, you wouldn’t even be able to hear his answer over the sound of him chomping on Rachel’s ladyfinger jam custard beef raspberry banana whipped cream English trifle.

Sadly enough, this is hardly the first time that marketers have “pinkified” and “blackified” perfectly mundane products to cash in on that gender demographic.

On the one hand, products get repackaged into mild, “girly” colours, and are given overtly “feminine” names referencing supposedly feminine attributes and interests. There are unending Subreddits and crowdsourced Pinterest pinboards where people have posted pictures of the most pointless gender divisions made in products that have completely gender neutral utilities, like staplers, tools, and even soap.

In fact, this guerilla gendering of articles right from day zero deprives little girls of pockets in their frocks and no storage for all the rocks and mints they collect, as this very indignant mom pointed out on Twitter. So, pinkification not only perpetuates gender roles, it also sometimes impairs the utility of certain products.

On the other end of the spectrum, products for everyday activities that are strangely considered to be feminine - like washing your pits and clipping your nails - are launched in flavours and under names that turn them into weapons of mass destruction so that the men only rinse away their germs, not their fragile masculinity. In the minds of marketers, men only come in one insecure Chandler Bing variant, and need to grip the steely reassurance of the dullest grey boat lest they enjoy the bubble bath they drew a little too much.

Most major brands are guilty of perpetuating a culture that shames them for even basic self-care and pampering, and due to the omnipresence of these products in our everyday lives, women product names put pressure on women to conform to those qualities of being docile, sweet and warm, while constantly pushing men to be aggressors, even when they’re drinking water!

The reasons behind this bizarre gendering of products like “female beer” are a lot more sinister than just maintaining gender roles - they’re a marketing gimmick for getting women to drop a lofty premium on identical offerings. Studies have blown the cover on the “Pink tax” women have been paying - which amounts to seven extra per cent a year in the United States. In India, one quick inspection of the shelves in your corner store will tell you that firstly, there are special products like vaginal tightening and armpit whitening creams invented to create special new insecurities in women, even as men may lead entire lives using the same cream as body-wash, sunscreen, mouth-wash and engine degreaser as this Twitter user hilariously pointed out.

But more enragingly, the male and female variants of the same products and services - like haircuts, razors, clothes - are priced differently such that the female variant is almost always significantly more expensive. A 330 ml glass of the female beer itself costs Rs. 499, at par with their most premium cocktails, even the same quantity of beer costs Rs. 149, and their other cocktails are cheaper by a hundred bucks. An earlier Outlook article explains just how deep this rabbit hole goes.

Right from the names to the disparity in the price, and the multifacetedness, it is clear that the gendering of products is costing women dearly, not only in terms of money, but also general respect.

(Binjal Shah is a Mumbai-based independent journalist who reviews current affairs and popular culture from an intersectional feminist lens in India. Views expressed are her own.)