Are You Hit By The Pink Tax?

Women do not just earn less than men for the same work. They are also fleeced more in the market. 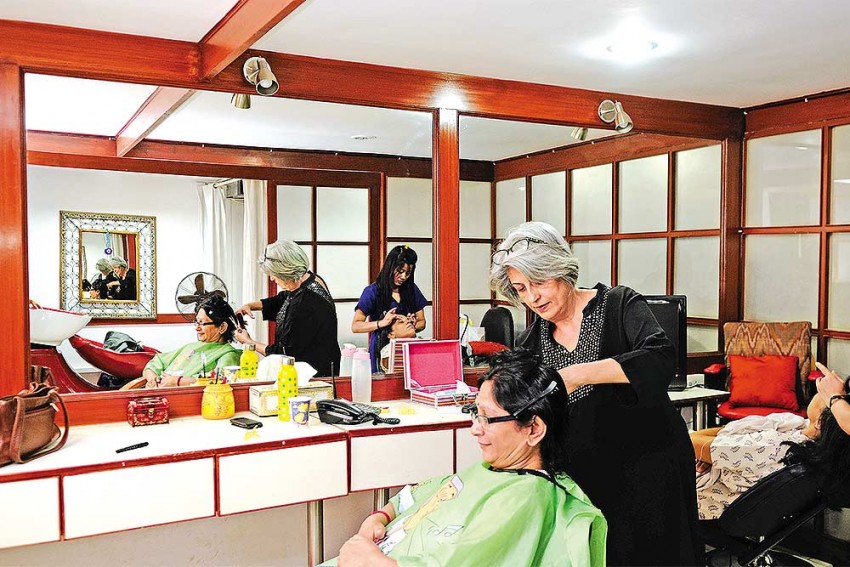 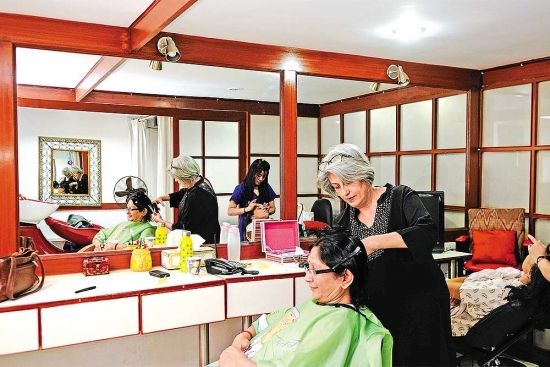 A Surcharge for Being Female

Ever wondered why a woman’s razor costs much more than one for men? Even for a haircut, there is a huge skew between what men and women are char­ged, even though the time ­taken for both is almost the same these days, given how stylish some men’s cuts are. According to a recent study by the New York City Department of Consumer Affairs, hair care products for women were 48 per cent more expensive than the same products for men. Even toys for girls are priced higher than those for boys.

There’s a term now for this gendered price differential­—’pink tax’. It is the implicit tax women pay to buy ­products or experience services similar to what men buy, but which are priced ­higher purely because it is marketed for women. Isn’t this a western thing? Does it really happen in India? You’d be surprised.

“I feel this every time the offspring and I go to get our haircuts,” says ­author Kiran Manral. “Mine is simple, shoulder-length layers, and I am done before him. His is rather complicated. He wants spikes of a particular gradation, a zero cut from one side, a line cut with a fade on the other side, with a front brush up. When I pay for both, I have paid more than double of his cut for mine, which took half the time. I have just paid the pink tax for being a woman, and nowhere is this more ­apparent than in beauty services and products where women are often made to pay more than men.”

Pink tax isn’t just about commodity prices, but also reflects the ­all-pervasive nature of the extra burdens placed on women in every sphere of social life.

It’s a double whammy for women, considering their struggle to get equal pay for equal work is clearly far from over yet—they are paid less than men for the same work across professions and income brackets. Priyam Sinha, a research scholar in women studies at the Centre for the Study of Developing Societies, Delhi, points out that women earn only 80 per cent as much as men on an average for the same amount of work.

Arudhati Ghosh,executive director of the India Foundation for the Arts, Bangalore mentions,  "There have been umpteen studies of the corporate sector and the entertainment industry, for example, that show women earning 16-30 per cent less than men for the same work. It is no different in unorganised sectors such as domestic work and agriculture, while the unpaid labour of women who are homemakers is not even accounted for. This means women pay more and earn less at the same time, making them doubly disadvantaged."

A recent survey showed that the price of a razor is jacked up threefold just by beautifying it for being marketed for women. “This has also brought to the fore the glaring discrimination faced by women at the hands of multinationals that have been charging them a higher price for products like deodorants, ­razors and cosmetics,” says Abha Singh, advocate at the Bombay High Court.

According to Dr Bharati Lavekar, MLA from Mumbai, the pink tax is as real here as it is in any other part of the world. “Women’s clothes cost approx­imately four to 20 per cent more than men’s clothes,” she says. “It’s seven per cent for accessories such as tote bags and watches, eight per cent more for clothing and 13 per cent more for personal care products. Products marketed specifically for women are generally more exp­ensive than those marketed for men.”

It’s sometimes argued that women’s garments and accessories require minute detailing, so the higher price simply means a better-quality product. “We could either laugh this off or get into the depth of costing to see how women are charged exorbitantly higher for the same thing,” says Sinha.

Meghna Pant, a feminist author and public speaker, recalls a recent shopping trip with her husband for buying clothes for their one-year-old daughter. “That’s when we noticed that clothes for girls cost more,” she says. “Frankly, we weren’t even surprised, having been long accustomed to spending more on my basics like clothes and toiletries than on his, like paying Rs 50 for my razor and Rs 19 for his. Like most people around the world, the pink tax had bec­ome normalised in our life, something we lived with day in and day out.”

In fact, the pink tax isn’t just about the price of commodities, but also reflects the all-pervasive nature of the extra burdens placed on women in every sphere of social life.

“Women living alone find it almost imp­ossible to rent flats in nearly every city in India,” says Ghosh. “Due to the social stigma against them and the codes of morality upheld by most house-owners, such women land up paying much more than men in similar situations to live in hassle-free safe ­environments. Also, as public transport and the streets continue to be more uns­afe for women, they are pushed to own or share vehicles. The spate of ­violence against women has made them more cautious, vigilant and nervous about using public spaces. That’s how they end up paying up more for being safe in our urban localities. The market forces of demand and ­supply do not ­expunge socially embedded ­biases and prejudices rooted in pat­riarchy, but stoke them instead for maximising profit.”

Have women too been conditioned into believing that their ‘upkeep’ costs more? Author Sumana Roy finds it surprising that women, all these years, did not think about being taxed for being a woman. “I am not sure about the nomenclature though, as it only reinforces stereotypes about the colour pink and its relation to gender,” she says. “It seems to be part of a naturalised logic—women take longer to get ready than men, the products they use cost more, and so on. This has been the colloquial discourse about women’s shopping—men joking that their daughter or wife paid more for an item they managed to get for a lower price. That women are charged more despite earning less than their male counterparts hasn’t touched the consciousness of corporates at all.”

So is there a solution? “We should name and shame such brands on social media, and mobilise women consumers’ campaigns across the country,” says Ghosh. “And we can go back to getting clothes stitched by local tailors.”

Pointing out that any marketing operation is based on the price that the consumer can bear, marketing and advertising professional Santosh Desai says, “Every branded product has a real value and a perceived value. If the perceived value is higher, so will be the price. Marketers understand the consumers’ expectations and willingness to pay. Often we pay for the packaging too, and not just for women’s products.”

However, the social value placed on women’s appearance enables companies to tap the related insecurities to sell overpriced products. Every time a woman is judged or disparaged for the way she looks or dresses, it reinforces the basis on which prices are gendered. “Women have been so used to being held up to impossible standards that we alw­ays feel we are lagging behind,” says Pant. Singh agrees, saying, “That’s why a leading soap brand will use Hema Malini to convey a ‘dream girl’ look and charge extra. It’s a marketing ploy to work on women’s desire to look beautiful, fill them with insecurities and make them shell out more.”

Until we relax the norms of how women are supposed to look and carry themselves, society will always find new ways to make them feel bad about themselves. “But we can’t keep on blaming society and the capitalists for our woes,” says Pant. “Since this battle is about women, it must be fought by women. It must begin by women boycotting products that charge us more simply for being women, identifying the companies and products that exp­loit women, and by buying products based on their real value. It must begin by women learning to love themselves instead of loving brands.”

With cost surveys exposing the differential pricing and debates breaking out in the West over reducing the pink tax, greedy companies are being pushed to the wall. “In India too, women are feeling the pinch when they realise that men pay the barber Rs 100 for a haircut, but their hairstylist charges more than Rs 1,000 for a trim by just naming the place BBlunt or Juice,” says Singh. “Brand-loving women are being merrily fleeced by marketing gimmicks.”