Rahul Gandhi alleged that 'someone is lying' about the ground situation at the LAC as 'Ladakhis say that China has made incursions'. 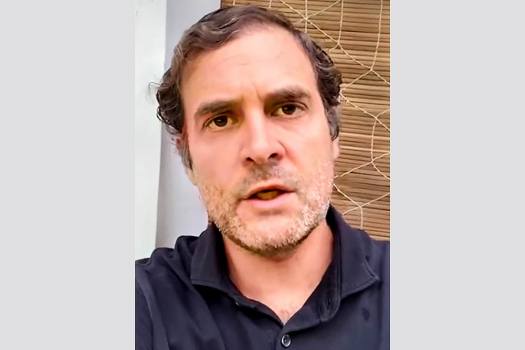 On the day when Narendra Modi landed in Leh and also visited forward locations near the Indo-China border, Congress leader Rahul Gandhi launched yet another attack on the Prime Minister and alleged that "someone is lying" about the ground situation at the LAC as Ladakhis say that China took their land.

Modi's surprise visit to Leh and other forward locations on Friday came barely 18 days after a violent face-off with the Chinese army in which 20 Indian soldiers were killed. Accompanied by Chief of Defence Staff and the Indian Army chief, the Prime Minister reviewed the ground security situation.

Modi reached Ladakh early morning and was briefed by the Army, Air Force and the Indo-Tibetan Border Police at one of the forward locations in Nimu, located at 11,000 feet above sea level. Nimu is among the tough terrains, surrounded by the Zanskar range and on the banks of the Indus.

The Prime Minister, accompanied by Chief of Defence Staff General Bipin Rawat and Army Chief General Manoj Mukund Naravane, was set to interact with injured soldiers at the military hospital in Leh, which would be a huge morale booster for the forces.