Nitin Gadkari Only One In BJP With Some Guts: Rahul Gandhi

'Gadkari Ji, compliments! You are the only one in the BJP with some guts', Rahul Gandhi complimented Nitin Gadkari. 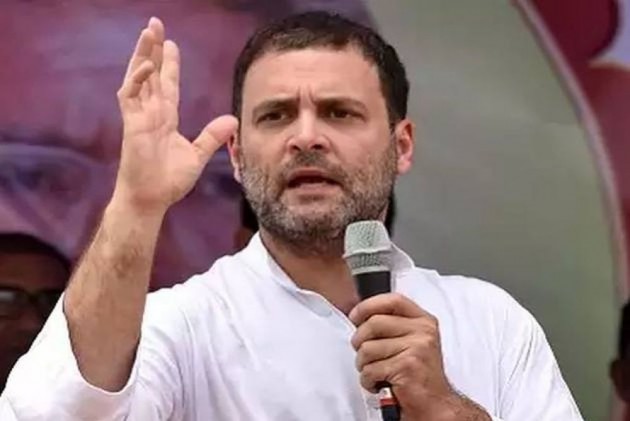 Congress president Rahul Gandhi on Monday  urged Union Minister Nitin Gadkari to also comment on the "Rafale scam" and the agrarian crisis, saying he was the only BJP leader with "some guts", following Gadkari's remarks against Prime Minister Narendra Modi.

"Gadkari Ji, compliments! You are the only one in the BJP with some guts."

"Please also comment on: The Rafale Scam & Anil Ambani, Farmers' Distress and Destruction of Institutions," tweeted Gandhi tagging a media report on Gadkari telling party workers that "one who can not take care of his home, can not manage the country".

Gandhi and the Congress have been terming the deal to purchase Rafale fighters from France to be the "biggest defence scam".

Interacting with BJP workers in Nagpur, Gadkari on Saturday had asked them to pay attention to their domestic responsibilities.

"...One who can not manage his home can not manage the country," he had said, a statement which some had seen to be directed at Prime Minister Narendra Modi.

Following the BJP's defeat in the Assembly polls to the Hindi heartland of Rajasthan, Madhya Pradesh and Chhattisgarh in December, Gadakri then had remarked that the leadership should own up to failures.