11 Killed, Over 40 Trapped Under Debris As 100-Year-Old Building Collapses In Mumbai’s Dongri

At least 40-50 people are feared trapped under the debris of a four-storey building that collapsed in Mumbai's Dongri. 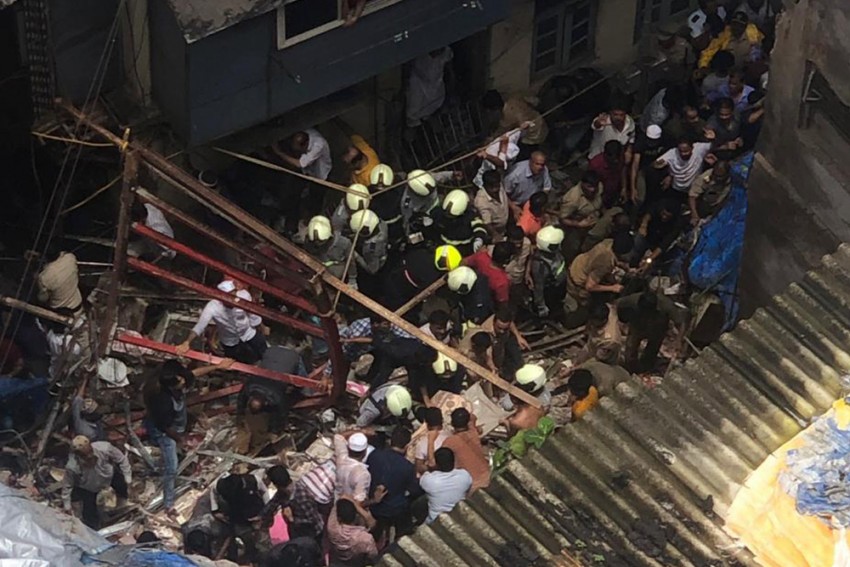 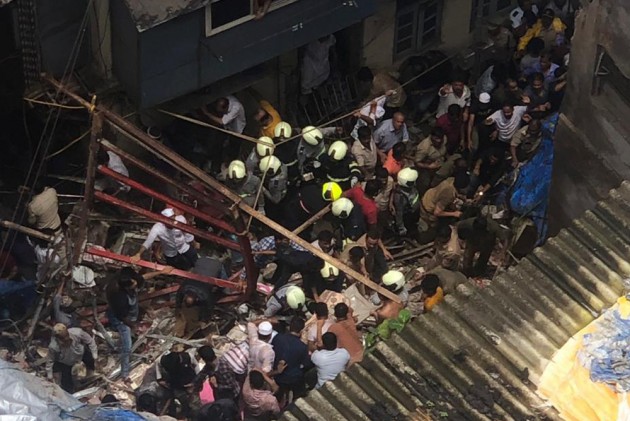 A decrepit building, about 100 years old, collapsed Tuesday in south Mumbai's congested Dongri locality, killing at least 11 people and trapping more than 40 people under the debris, once again exposing the creaking infrastructure of India's largest city.

The four-storey residential building, in a maze of byzantine lanes and houses clustered closely together, came down shortly before noon, civic officials said.

Prime Minister Narendra Modi expressed his 'anguish' over the incident.

"Collapse of a building in Mumbai’s Dongri is anguishing. My condolences to the families of those who lost their lives. I hope the injured recover soon. Maharashtra Government, NDRF and local authorities are working on rescue operations & assisting those in need," Modi said.

Mumbai Mayor Vishwanath Mahadeshwar said he has asked the municipal commissioner to launch a probe in the incident.

TV channels showed dramatic visuals of a child, wrapped in a cloth bundle, being carried out of the debris by rescue workers. The child is alive, officials said.

The BMC has opened a shelter at Imamwada Municipal Secondary Girls' School after the building collapse, a civic official said.

"A team of the National Disaster Response Force (NDRF) is reaching the spot. We are assuming that 10 to 12 families are still under the debris," Mumbadevi MLA Amin Patel told reporters at the spot.

Chief Minister Devendra Fadnavis said that the focus of the government is on rescuing people but assured that an investigation will be conducted shortly.

" As per the initial information I have received, around 15 families are feared trapped in the collapse. The building is around 100 years old. The entire focus is on rescuing the people trapped. An investigation will be done," Fadnavis said.

Locals said the building belonged to the Maharashtra Housing and Area Development Authority (MHADA). However, Vinod Ghosalkar, chief of MHADA repair board, said the building did not belong to the housing body.

Legislator Bhai Jagtap said residents had complained to housing authorities to take prompt measures as the building was very old and in a dilapidated state for a long time.

Some part of the building was left standing after the collapse.

Fire brigade, Mumbai Police and civic officials rushed to the site but the constricted lanes made it difficult to access the area, reduced to a mass of rubble, twisted concrete and broken wires.

Scores of locals joined in the effort, forming a human chain to help in removing the debris brick by brick and picking up slabs of concrete to locate those buried.

Ambulances could not reach the site and had to be parked around 50 metres away.

The rescue work, which was hampered by narrow lanes, was further delayed as politicians, including ministers, legislators and leader of the opposition, made a beeline to the building collapse site.