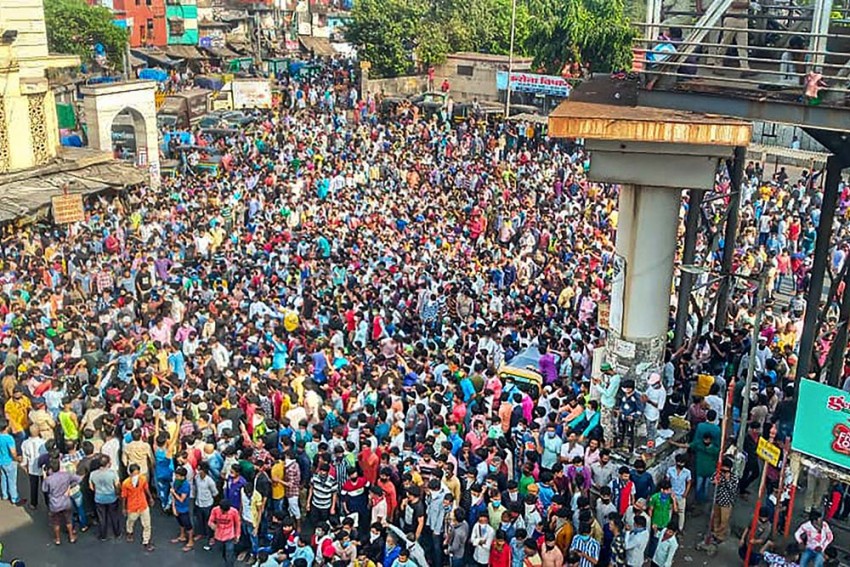 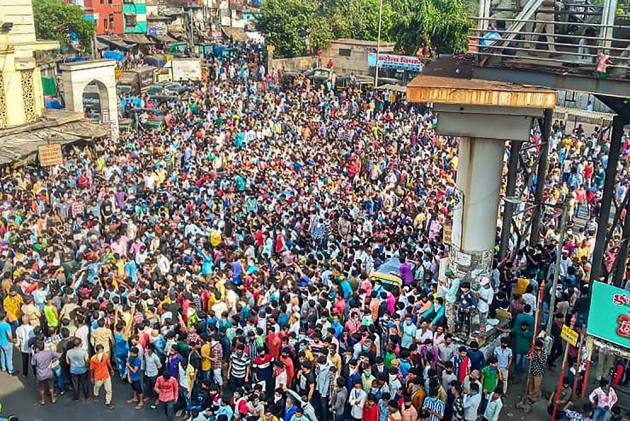 Hours after Prime Minister Narendra Modi announced the extension of the coronavirus-enforced lockdown till May 3, hundreds of migrant workers came out on road in Mumbai on Tuesday demanding transport arrangements to go back to their native places.

Later, in a live webcast, Thackeray warned that his government will not allow anybody to play with the sentiments of poor migrant workers and disturb the law and order situation in the state.

"I will not let the situation go out of control," he said, adding culprits will be punished.

An FIR has also been registered against at least 1000 migrant workers for assembling in defiance of the lockdown norms, causing a public health scare, police said. No arrests have been made yet and the workers are being identified.

In viral videos, police were seen using mild cane-charge to disperse the migrants. Daily wage earners, numbering over 1,000, assembled at suburban Bandra (West) bus depot near the railway station and squatted on road at around 3 pm, according to police.

The daily wage earners, who reside on rent in slums in the nearby Patel Nagri locality, were demanding arrangement of transport facilities so that they can go back to their native towns and villages. They originally hail from states like West Bengal and Uttar Pradesh.

One of the labourers told news agency PTI that NGOs and local residents are providing food to migrant workers, but they want to go back to their native states during the lockdown which has badly affected their source of livelihood.

"Now, we don’t want food, we want to go back to our native place, we are not happy with the announcement (extending the lockdown)," he said.

After the incident, Maharashtra Minister Aditya Thackeray said, "Centre has taken immediate cognizance of the issue and is assisting the state actively. We understand the catch 22 situation centre and states face."

However, former Maharashtra CM and BJP leader Devendra Fadnavis hit out at the Thackeray government over the incident.

"The state government failed in making arrangements for labourers. That is why we had to face such embarrassing situation today that labourers in huge number came and said that either provide us food or let us go home --that too in Bandra, under the nose of the government."

Mumbai Police said that their local officials went to the spot, talked to the workers and tried to convince them. "During this, a section of the crowd turned violent so light force had to be used to bring them under control. The crowd was dispersed," the police said.

Heavy police deployment was made at the protest site to tackle any untoward incident.