The saffron allies, which secured a comfortable majority in the October 21 Assembly polls, are yet to start formal talks for thrashing out the power-sharing deal. 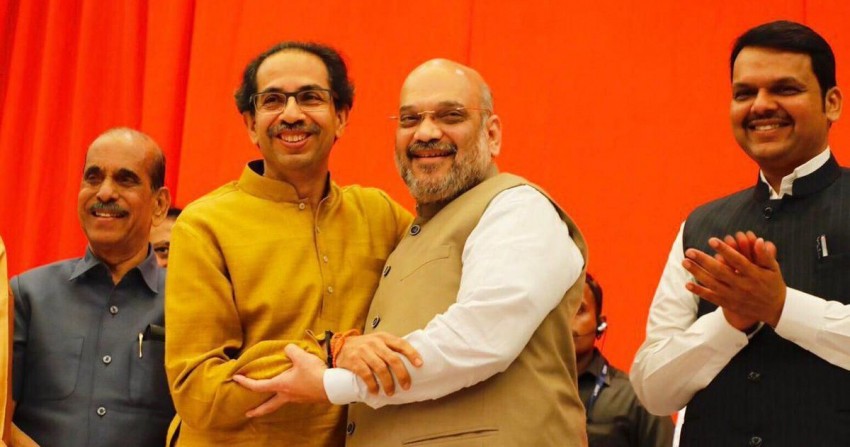 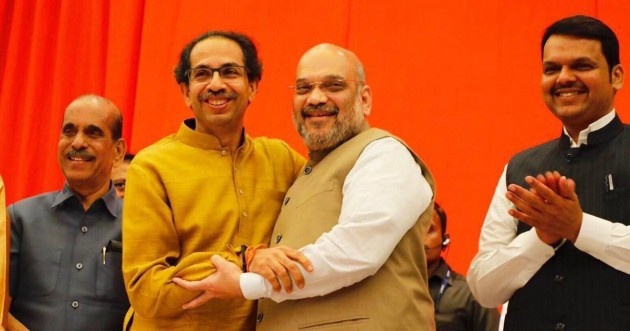 The deadlock over government formation in Maharashtra continued on Saturday with the Shiv Sena, which wants the chief minister's post, alternately hardening and softening its stand, and the ally BJP playing the waiting game.

The saffron allies, which secured a comfortable majority in the October 21 Assembly polls, are yet to start formal talks for thrashing out the power-sharing deal.

On the other hand, the Nationalist Congress Party said its supremo Sharad Pawar will meet Congress president Sonia Gandhi on Monday, while a Muslim Congress MP from Maharashtra suggested that his party back the Sena to form a government.

Asked later if a solution was in sight, Patil said he had prayed to Goddess Ambabai (the famous deity of his hometown, Kolhapur) for the same.

Shiv Sena mouthpiece `Saamana' came out with a stinging editorial criticising BJP leader Sudhir Mungantiwar for his remarks that President's rule would be imposed if a government was not formed, terming it a threat.

Mungantiwar countered the tirade saying he was only talking about constitutional provisions in case government is not formed within the stipulated period.

"I am forest minister. If the tiger (tiger is the Sena's mascot) is growling unnecessarily, we know how to preserve and conserve it. We will take the tiger along," he said.

He also expressed confidence that the government will be in place before November 10. The swearing-in will take place on November 6 or 7, he told reporters.

Shiv Sena leader Sanjay Raut, who is the executive editor of the Saamana, said it was the BJP's right to form a government since it is the single largest party.

Sena chief Uddhav Thackeray was hurt after Chief Minister Devendra Fadnavis denied "what had been already agreed on" between the two allies, Raut said.

"All that we are demanding is that they accept what has been agreed on," he added.

He said it was the BJP which had sought an alliance. "We had our doubts. But we thought we should give them a chance. Now we are saying the BJP should honour the commitment. Accept what has been agreed on," Raut said.

"Shiv Sena and BJP are different. The Sena had supported Pratibha Patil, Pranab Mukherjee for President's post. Shiv Sena politics has become all-inclusive unlike that of the BJP which is extreme. We must support the Sena to keep the BJP out of power," Dalwai told reporters, quoting his letter.

Some other state Congress leaders have already mooted backing the Sena to keep the BJP out of power.

But Raut was quick to add that the Shiv Sena had fought the elections in alliance with the BJP, and it would stick to the "coalition dharma" till the end.

The party's chief spokesperson, Nawab Malik, said the NCP will "definitely take a positive view" if the Shiv Sena was ready to form government "minus the BJP".