The BJP has a lead in 58 seats in the state; the grand alliance leads in 20, Congress only one. 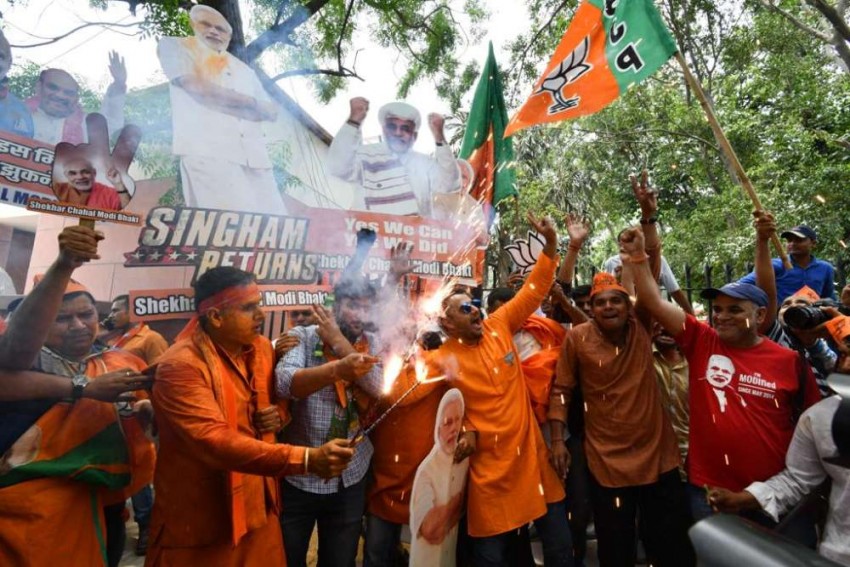 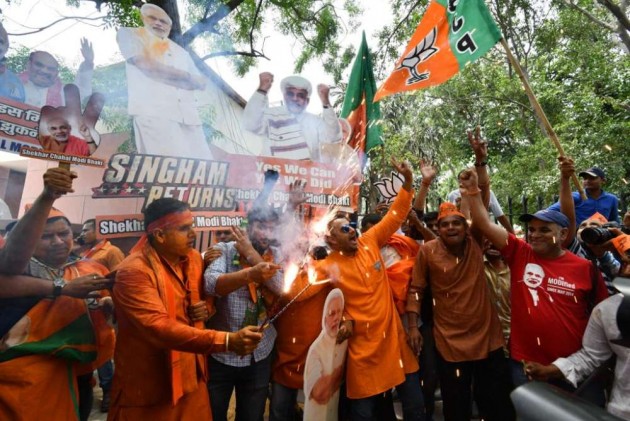 The rules have been rewritten in Uttar Pradesh this general election. The mahagathbandhan comprising SP-BSP-RLD which was expected to dent BJP's prospects in the state failed miserably. Amethi and Rae Bareli are no longer the happy hunting ground for the Congress.

The BJP has a lead in 58 seats in the state; the grand alliance leads in 20, Congress only one.

Of the 68 seats the trio contested, the BSP is leading in 12 and the SP in seven. Of those seven, three are being represented by Mulayam Singh Yadav, Akhilesh Yadav, and his wife Dimple Yadav.

Rashtriya Lok Dal’s Ajit Singh is leading by about 14,000 votes in Muzaffarnagar, while his son Jayant Chaudhary is trailing by almost 24,000 votes.

The BJP’s vote share, as of now, has gone up from 42.6% in 2014 to 49.2% this election. Despite a considerable increase in the vote share, the number of seats for the BJP has fallen, owing to the coming together of two major state parties.

The BSP’s vote share, which was 19.7% in 2014 has largely remained constant. With the same vote share, the BSP had failed to secure a single seat last time.

Former Congress president Sonia Gandhi, who won the Rae Bareli constituency by 3.52 lakh votes in 2014, was leading by just 62,000 votes at the time of filing of this report.

Rahul Gandhi is trailing behind BJP's Smriti Irani, albeit by a few thousand votes. Congress candidates are polling 2-4% votes in the prestigious seats of Allahabad and Phulpur, once represented by Congress stalwarts such as Jawaharlal Nehru and Lal Bahadur Shastri.

Salman Khurshid, former union minister in UPA government, has so far secured less than 15,000 votes. Raj Babbar, said to be a strong Congress leader, is trailing by over one lakh votes in Fatehpur Sikri to BJP’s Rajkumar Chahar.

In fact, he is the only Congress leader in the state, who is on the second spot as of now – the other being Rahul himself. Other ‘strong’ leaders such as RPN Singh from Kushinagar and Annu Tandon from Unnao are lagging far behind the BJP and SP candidates.