Franco Mulakkal was arrested last year following allegations by a nun that he repeatedly raped her at the Kuravilangad convent between 2014 and 2016. 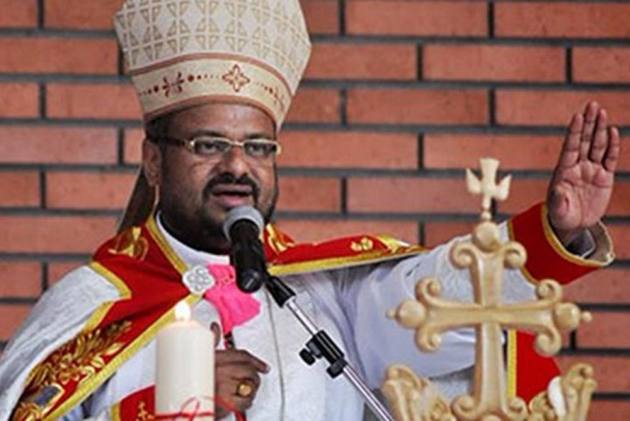 A nun, who filed a rape case against Bishop Franco Mulakkal, has approached the National and State Women's Commissions besides the National Human Rights Commission, accusing the priest and his supporters of "harassing" her through various online platforms.

In her complaints, the nun alleged the Bishop and his supporters were humiliating and defaming her and her fellow nuns who are witness in the case through social media and youtube channels.

"From the time the sexual assault was reported, I have been subjected to extreme humiliation and intimidations in various forms," the nun said in her complaint to the National Human Rights Commission.

She further alleged that from the time the sexual assault FIR was registered, she and her fellow nuns have been "subjected to the vilest forms of character assassination."

"Attempts have been made through church authorities and various church social media organisations to spread rumours against me and my companion sisters who are also key witnesses in the case.

False statements, imputations and fabricated stories tarnishing our reputation and character are being systematically spread through the YouTube channel, and we believe Bishop Franco and his group are behind this agenda," she claimed.

The nun pointed out that even after registering a case against the said channel, several videos were being circulated publishing her photograph and revealing her identity.

The identity of witnesses supporting her are also disclosed leaving them open for intimidation and threats, she added.

The nun charged Bishop Franco with spreading false rumours and fake news through his supporters and media cells in order to intimidate her and her companion sisters.

Claiming that their prime intention was to "humiliate, insult and torture" her, she said the actions of the accused Bishop and his allied agents amounted to clear violations of the law.

She appealed to the NHRC and women's commissions to take "serious action" against those violating the law and ensure justice to her and her companions.

In her complaint to the Kottayam Police in June last year, the nun had alleged that Bishop Mulakkal raped her at a guest house in Kuravilangad in May 2014 and later sexually exploited her on several occasions.

He was arrested by the police in connection with the case.

The nun said she had to approach the police as church authorities did not act on her repeated complaints against the clergyman.

However, Mulakkal has denied the charges as "baseless and concocted," insisting she levelled those as the Catholic order had rejected her demand for favours.

He had stepped aside as the bishop of the Jalandhar diocese following his arrest in connection with the case.

Former Jalandhar Bishop Franco Mulakkal, who has been accused of raping a nun, has been summoned by a Kerala court on November 11.

Mulakkal was arrested last year following allegations by a nun that he repeatedly raped her at the Kuravilangad convent between 2014 and 2016, a charge denied by him. He is currently out on bail.