Many people on Thursday woke up to discover that several Kashmiris had disappeared from WhatsApp groups because of their inactivity, owing to the Internet shutdown. 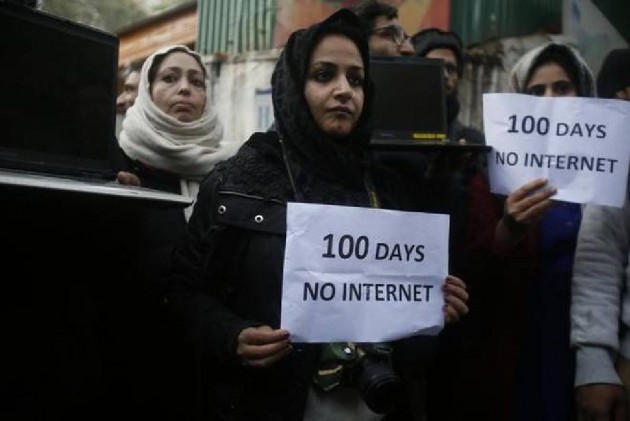 On Thursday morning, many people woke up to discover that several Kashmiris had left WhatsApp groups. The sudden and mass exit, it was learnt later, was due to  WhatsApp's policy on inactive accounts. WhatsApp accounts expire after 120 days of inactivity.

Kashmir valley has been facing an Internet shutdown for the past four months. The services were snapped late on August 4, a night before the Central government abrogated the erstwhile state's special status. Though the administration on Wednesday said the services will be restored in phases once the situation turns "more normal", it did not give a specific timeline.

The administration has often cited "security reasons" behind snapping the Internet facilities in the Valley. After August 5, when all communication channels were shut in Jammu and Kashmir, the then Governor, Satya Pal Malik, said the Internet was misused by the militants and, hence, defended the ban.

Since August 4, Kashmir has been without the Internet -- broadband or mobile -- for 124 days. The Internet outage is not new to Jammu and Kashmir. The region has faced Internet shutdowns as many as 55 times this year alone - highest than any other state or Union Territory in India, according to internetshutdowns.in that tracks the Internet outages across the country.

However, this is not the longest Internet shutdown the Kashmir has faced. The longest ever Internet outage in the region lasted for 133 days in 2016 when Hizbul Mujahideen militant, Burhan Wani, was killed. The government snapped the service on July 8 and restored on November 19. 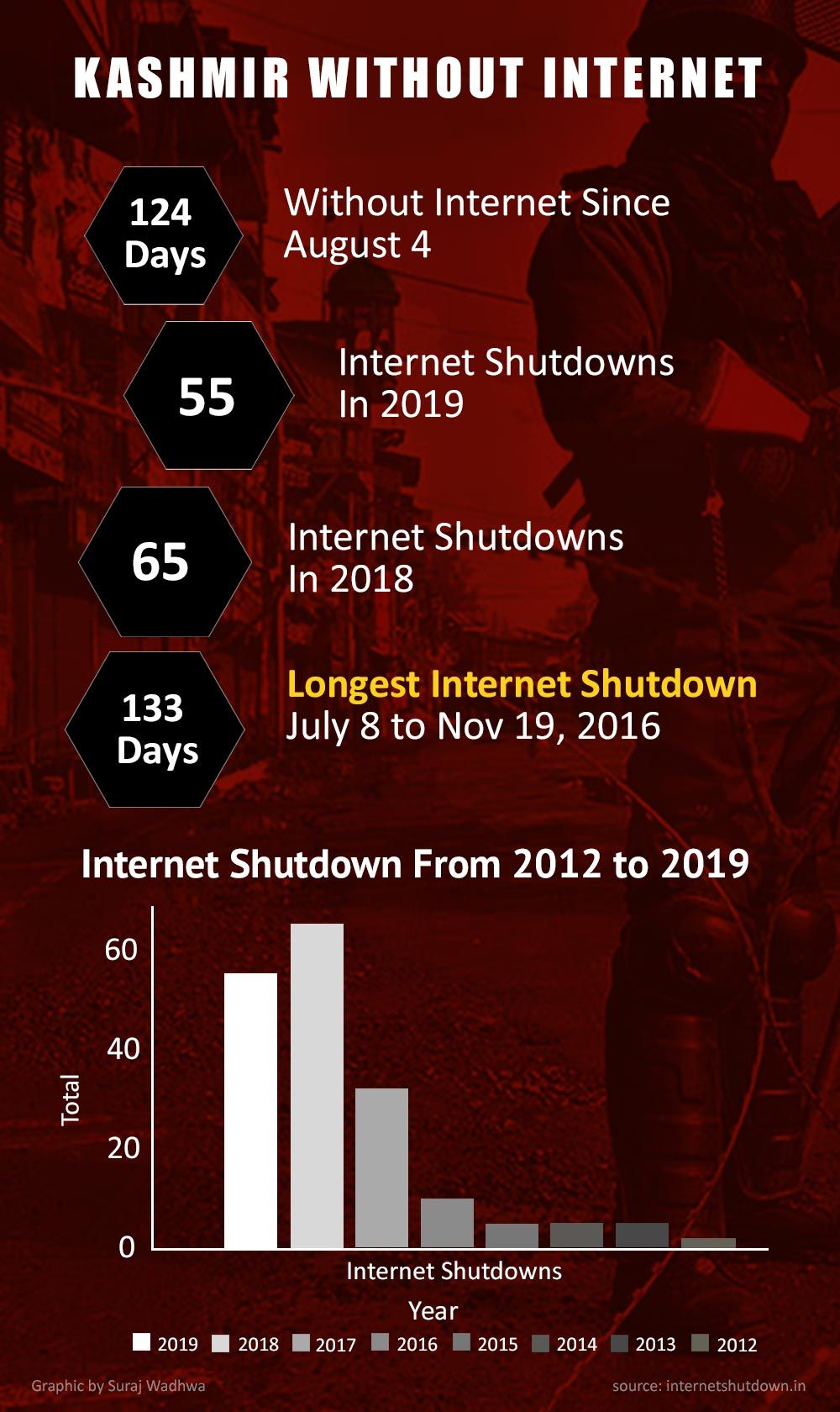 Given the fact that the government has not announced any specific timeframe to resume Internet services, the ongoing shutdown may cross the 133 days mark too.

During Cordon and Search Operations, or CASO in local parlance, security forces would often face hindrances as civilians would come out in hundreds -- sometimes in thousands -- to protest and help the militants escape. The mobilisation would take place through social media or private chatrooms. There have been instances where civilians were killed or injured near the gunbattle sites. To tackle the situation, the security agencies started snapping the Internet in areas where gun battles would take place.

Case in point is Shopian district, where Internet services were snapped on July 27 as a precautionary measure in the wake of a gunfight in which two militants were killed. These district-specific shutdowns last for a few days.

"I failed to clear Civil Service exams last year. I had decided to study with all the dedication this year. Though I have study material, I relied on the Internet for research material and tutorials," said Feroz Ahmad Wani, a resident of Budgam district.

Shams Ul Haq Qari, an independent photojournalist, told Outlook that due to the Internet ban, he has not been able to publish most of his work.

"A few computers are not enough for over 100 journalists. The government needs to restore the Internet now. It is the least it can do to restore basic rights of journalists," Qari said.