Photographer Ravi Hongal has now become the talk of the town for his camera-shaped house which cost him Rs 71 lakh. 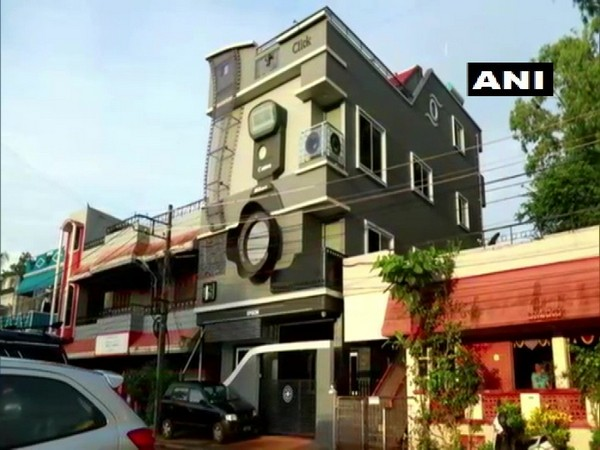 A 49-year-old Karnataka photographer has built a house after the model of a camera after naming his three sons Canon, Nikon, and Epson as a tribute to his love for photography.

Photographer Ravi Hongal has now become the talk of the town for his camera-shaped house which cost him Rs 71 lakh, the News Minute reported. Besides naming his sons after camera brands, he has named the house ‘Click’.

It took Hongal two and a half years to build the now popular house in Shastri Nagar in Belagavi .

Ravi’s interest in photography began in his early teens as he was inspired by his photographer brother Prakash. Soon after completing his SSLC in the late 80s, Ravi decided to make photography his profession, the News Minute reported. The house was an outcome of his life-long passion for his art.

"The first floor has been built in the shape of an Epson printer, the second floor with a window in Nikon lens shape in the centre, and the bedroom window on the third floor in the shape of Canon flash and the terrace wall with a button to click," Hongal told news agency IANS.

30 Ridiculously Low Number To Look At Efficacy Of A Drug: Medicine Specialist On Biocon Trial