The chief minister then telephoned the DGP S K Singhal himself and directed him to spruce up the mechanism for communication with journalists. 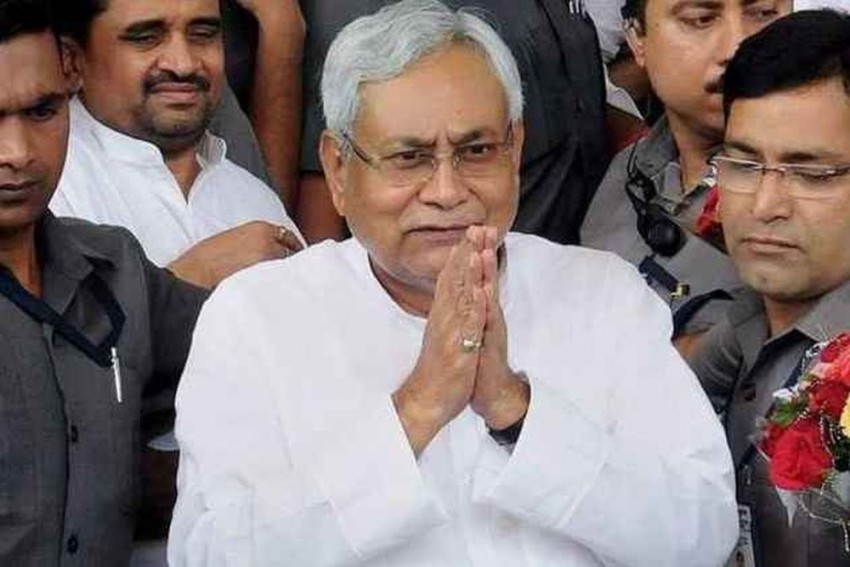 Bihar Chief Minister Nitish Kumar broke out in a scuffle with media, which later turned into an inflamed argument when they nettled him over a high-profile murder case that rocked Patna earlier this week.

CM Nitish was addressing the press meet after dedicating to the public the first phase of 'Atal Path', which is a Rs 379.57 crore elevated multiple lane road project that promises to reduce traffic congestion in a major part of the city.

The chief minister was interrupted by journalists while he was speaking on the improvements of infrastructure,  when the reporters pointed that law and order has drastically deteriorated in the state, citing the example of a young official of a private airlines having been gunned down outside his residence in Patna on Tuesday evening.

"Please do not mix up the issues of development and crime," Kumar requested and then snapped, when reporters persisted, saying "your projection will demoralise the state police which is doing its job. I had myself summoned the DGP and gave necessary directions".

Responding to their contention that the police was not able to prevent crime, he retorted "does a murderer seek permission before he commits the offence? Do you have any necessary inputs to share? If so, please go ahead".

"Bihar has one of the lowest crime rates across the country. Please have a look at other states before painting a grim picture. And do you remember how bad things were when for a decade and a half the state was ruled by pati-patni (husband and wife an allusion to Lalu Prasad and Rabri Devi)," a visibly irritated chief minister said.

Some of the senior journalists said they were all too willing to share their inputs with the police but felt hamstrung as the DGP did not pick up the phone and the person receiving calls simply noted down details of the caller with the promise that the officer will call back which never happened.

The chief minister then telephoned the DGP S K Singhal himself and directed him to spruce up the mechanism for communication with journalists. A hastily issued order from the state police chief ensued, enlisting mobile and landline numbers which media persons could dial to contact him.

After the drama in the state capital, the chief minister left for Rajgir, a tourist spot about 110 km from Patna. He dedicated to the public 'Venu Van', a sprawling ancient park, said to be in existence since the time of the Buddha, which has been given a facelift by the department of environment, forestry and climate change.

He also dedicated to the public 'Ghora Katora Park', yet another tourist spot in the central Bihar town, the original seat of power of the ancient kingdom of Magadh which was later shifted to Pataliputra, which is now known as Patna.