Home  »  Website  »  National  »  It's Over: Congress-AAP To Go Solo In Delhi As Alliance Talks Fail

It's Over: Congress-AAP To Go Solo In Delhi As Alliance Talks Fail 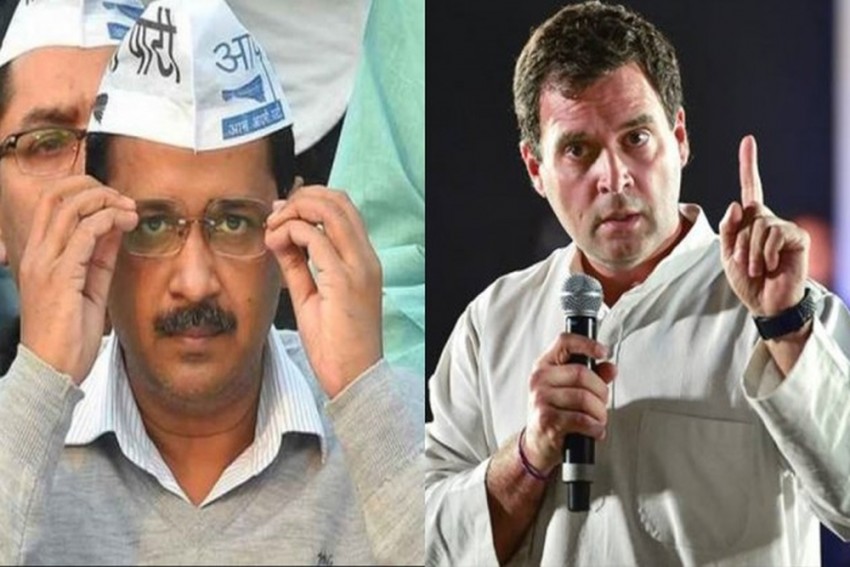 Congress and the Aam Aadmi Party on Wednesday called off their alliance talks for the Lok Sabha elections
File Photo
Puneet Nicholas Yadav April 17, 2019 00:00 IST It's Over: Congress-AAP To Go Solo In Delhi As Alliance Talks Fail 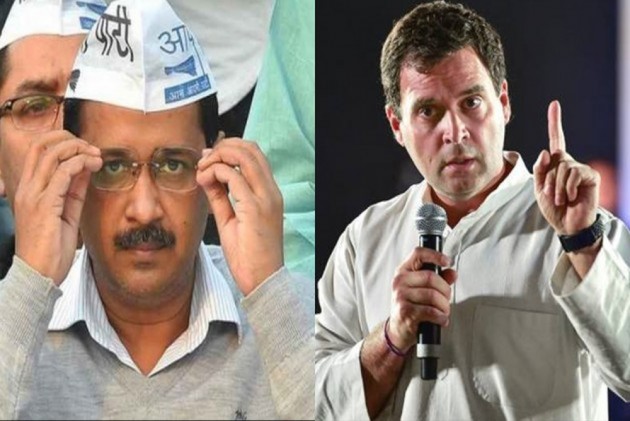 The Congress party and Arvind Kejriwal’s Aam Aadmi Party (AAP) have finally called off their alliance talks for the ongoing Lok Sabha polls. The parties will now field their candidates on all seven seats of Delhi.

Congress sources told Outlook that the seat-sharing negotiations which had restarted on Tuesday following a breakdown, that Rahul Gandhi had blamed on Kejriwal’s “U-turn”, failed to end the deadlock that had continued for several weeks after AAP insisted that any seat-sharing arrangement between the two parties must also include the 10 Lok Sabha seats of Haryana. Further, AAP wanted the Congress to spare a seat in Haryana for the fledgling Jananayak Janata Party (JJP) of INLD chief Om Prakash Chautala’s grandson, Dushyant Chautala.

The JJP was founded last year by Dushyant as the rebel faction of the INLD. Last week, after PC Chacko, the Congress in-charge of party affairs in Delhi, declared that the alliance talks with AAP have failed, Kejriwal had announced that his party would be tying up with Chautala’s JJP in Haryana. As per the formula agreed upon between the two parties, AAP was expected to contest on the Karnal, Faridabad and Gurgaon seats while JJP would have fielded its candidates on the remaining seven constituencies of the state.

However, when the Congress and AAP resumed their seat-sharing talks for Delhi, Congress sources say Kejriwal’s interlocutor and Rajya Sabha MP Sanjay Singh insisted that the alliance must extend to Haryana and the JJP should be part of it. While the Congress was willing to accept AAP's offer of three seats in Delhi, leaving the remaining four to Kejriwal's candidates, the Congress’ Haryana unit was up in arms against any such alliance in the state for two key reasons – first, they believe that the AAP is non-existent in Haryana and second, a section of the party leadership saw the inclusion of JJP in the matrix as a slight since Congress media cell chief Randeep Surjewala had, in January this year, faced a humiliating defeat in the Jind Assembly bypoll where he stood a distant third, losing the seat to the BJP while the JJP nominee finished second.

Sanjay Singh confirmed that the alliance talks had failed but blamed the Congress, saying that the party was “in no mood for a coalition and did not want to yield any ground”.

A senior Congress leader told Outlook that the party is likely to announce its candidates for Delhi’s seven Lok Sabha seats by Thursday evening. However, with the alliance with AAP now off, a senior Congress leader said, that party’s former MPs from Delhi – Kapil Sibal, Ajay Maken and Sandeep Dikshit – are all unwilling to contest the upcoming polls for fear of losing to the BJP or AAP in what would be a three-cornered contest.

The Congress could, sources said, rely on a mix of old and new faces for Delhi’s seven seats. If the veterans remain adamant against contesting the party may field young leaders like Ragini Nayak from Chandni Chowk and Sharmishta Mukherjee from South Delhi. Names of senior Delhi leaders JP Aggarwal and Rajesh Lilothia are also doing the rounds as probable candidates from the North East Delhi and North West Delhi seats.