Home  »  Website  »  National  »  'It Will Cause Huge Pain': Sheila Dikshit Meets Rahul Gandhi, Urges Him To Not Resign

'It Will Cause Huge Pain': Sheila Dikshit Meets Rahul Gandhi, Urges Him To Not Resign

Rahul Gandhi had offered to step down from the party president post at the Congress Working Committee (CWC) meeting On May 25, taking moral responsibility for the party's dismal performance in Lok Sabha elections 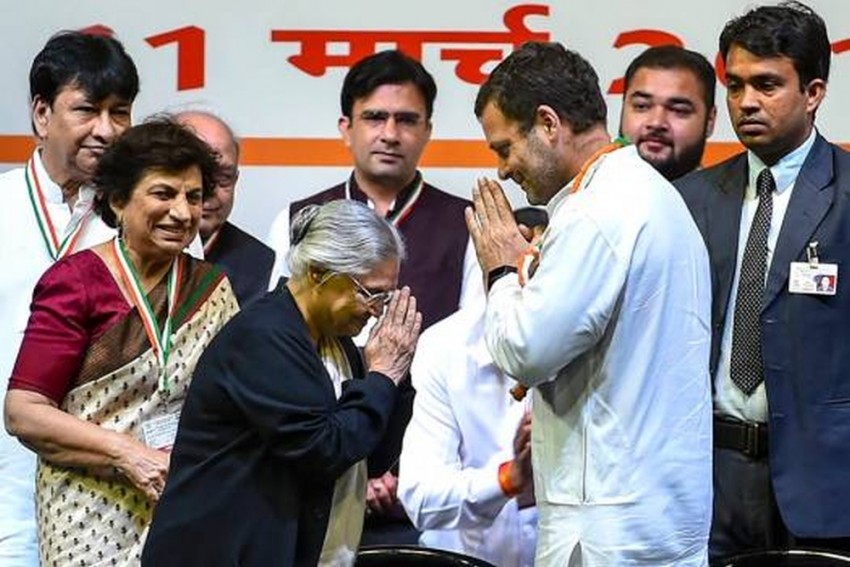 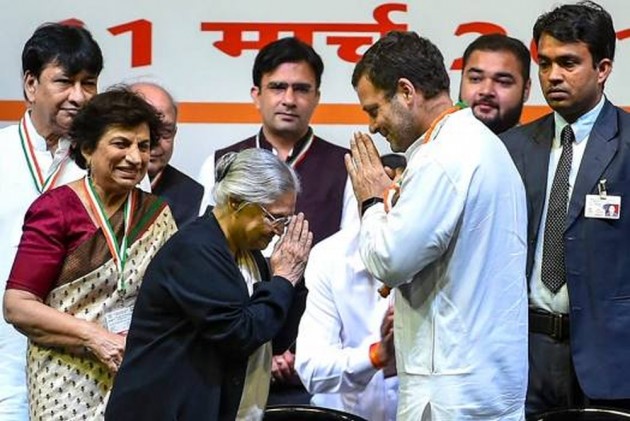 Delhi Congress chief Sheila Dikshit on Wednesday met party president Rahul Gandhi at his residence and urged him to continue as the party chief, saying his resignation will cause huge pain to members.

"I have given him the message that he should not resign. We want him to continue on his post, otherwise, it will cause us huge pain. We have conveyed our wishes to him," Sheila Dikshit told media persons after meeting Gandhi.

She was part of a gathering of party supporters outside Rahul Gandhi's residence. The workers held placards in support of the Gandhi scion, dubbing him as "hope of the nation" and appealing him to not resign from the Congress' top post.

"Many delegations are coming here to request Rahul Ji. But in the end, it is his decision. We can only request him to continue as the president and show the path to us. We are here to talk to him... let's see if we will be able to convince him or not," Congress leader Rajesh Lilothia said.

"We want Rahul Gandhi to continue as a party president. As there is a need for a strong opposition, we have urged him to guide us further. He has worked really hard for the party. This is not the first election, we will win people's hearts in the next election," Pilot said.

On May 25, Rahul had offered to step down from the party president post at the Congress Working Committee (CWC) meeting, taking moral responsibility for the party's dismal performance in the recent Lok Sabha elections. His resignation was rejected 'unanimously' by the party members who authorized him to do a complete overhaul and restructure the party at every level.

While reports suggest that Gandhi remains firm on resigning, not just leaders from his party but those from allies have also urged him to rethink.

Prime Minister Narendra Modi's BJP secured a clear majority with 303 seats, while Congress was at a distant 52.

Clean Chit To Modi, Shah Based On 'Appreciation Of Facts': CEC Sunil Arora On LS Elections