Rashmi Samant was forced to resign as president of the Oxford University Students Union within five days of her appointment over several of her social media posts that were labelled anti-Semitic and racist. 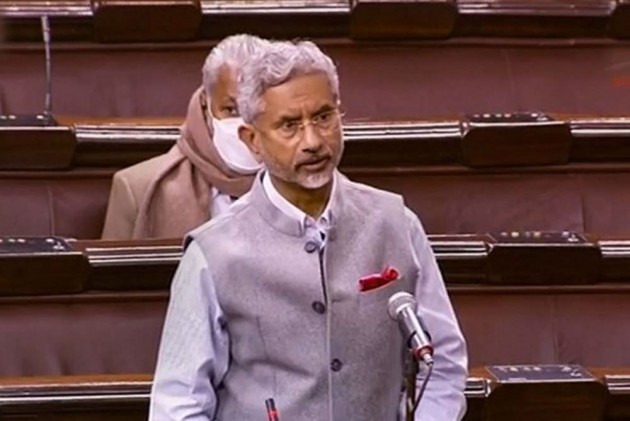 India will discuss with the United Kingdom the alleged instances of racism in Britain when required, External Affairs Minister S Jaishankar told the Rajya Sabha on Monday. He added that India is the land of Mhataman Gandhi and can never turn its eyes away from racism.

While responding to concerns raised by a BJP MP in the upper house over incidents of bullying and racism that forced Indian-origin Rashmi Samant into resigning as president of the Oxford University Students Union, Jaishankar said New Delhi has strong ties with the UK and will take up such matters with great candour when required.

"I note the sentiments of the House," he said. "I do want to say that as a land of Mahatma Gandhi, we can never ever turn our eyes away from racism wherever it is. Particularly so when it is in a country where we have such a large diaspora," he said.

Samant, the first Indian woman to be elected as president of the Oxford University Students Union, was forced to resign within five days of her appointment over several of her social media posts that were labelled anti-Semitic and racist.

BJP's Ashwini Vaishnav said she was cyberbullied and her parent's Hindu religious beliefs were publicly attacked by a faculty member.

"As a friend of the UK, we also have concerns about its reputational impact," Jaishankar said. "What I do want to say is that we have strong ties with the UK (and) we will take up such matters with great candour when required."

"We will monitor these developments very, very closely. We will raise it when required and we will always champion the fight against racism and other forms of intolerance," he added.

Raising the issue through a zero hour mention, Vaishnav said there appears to a continuation of attitudes and prejudices from the colonial era in the United Kingdom.

Samant, a bright student from Udupi, Karnataka, overcame all challenges to become the first Indian women president of the union, he said.

But "what was the treatment meted out to her?" he asked. "Shouldn't this diversity been celebrated?"

"Instead of that, she was cyberbullied to the point that she had to resign. Even the Hindu religious belief of her parents was publicly attacked by a faculty member, which went unpunished. If this happens at an institute like Oxford what is the message that goes out to the world," he said.

While she did issue a public apology for 'unintentionally' hurting anyone's emotions, Samant believes she was unfairly targeted as a 'conscious attempt'.

"A behaviour of a society is actually a reflection of its beliefs and value system. If such practices of racial discrimination are followed at the highest level in society what would be the following at the lower levels," he asked.

Stating that the two instances were not isolated, he said the treatment of migrants and their segregation in the UK on a racial basis is very well known all over the world.

A recent report stated that the death rate among people of Asian origin because of COVID-19 is higher than the death rate in other communities in the UK, he said. "Doesn't it raise a major question about equitable access to health and indeed the entire basic human rights issue?"

He went on to state that India is a country with a large diaspora in the UK. "There is a natural concern for all of us. The era of colonialism is over but the mindset seems to be still persistent. This is where the UK has to change. If it wants our respect, it has to change," he said, asking the External Affairs Minister to take up the matter with the UK government.