'Prime Minister Narendra Modi has courage. If the government takes the decision, there is no one to stop it,' Shiv Sena chief Uddhav Thackeray said during his visit to Ram temple in Ayodhya. 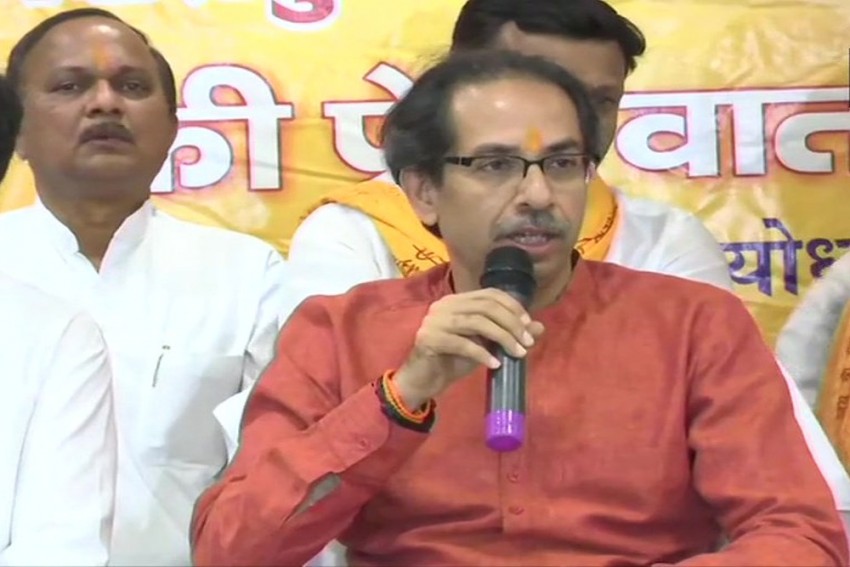 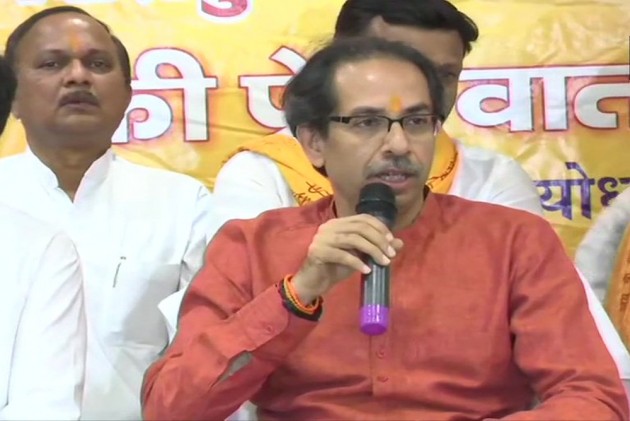 The government should bring an ordinance to construct Ram temple, Shiv Sena chief Uddhav Thackeray said on Sunday in Ayodhya, asserting that Prime Minister Narendra Modi has the courage to do so and there would be no one to stop it.

Thackeray offered prayers at the makeshift Ram Lalla temple along with his son Aditya and 18 newly-elected lawmakers of his party. The Shiv Sena has said the visit was to fulfil the promise Thackeray made last November to come to Ayodhya again after the elections.

"The case is in court for many years. Prime Minister Narendra Modi has the courage. If government takes the decision, there is no one to stop it. Not only Shiv Sena, but Hindus of the whole world are also with this," Uddhav said, while addressing a press conference after his visit to the Ram Lalla (or infant Ram) temple.

"The government should bring an ordinance for construction of Ram temple. The issue concerns all Hindus and the temple has to be constructed at the earliest," he said, raising the slogan of "kanoon banao, mandir banao (formulate law and construct temple)".

Maharashtra will be going to polls later this year and the visit is being seen as an attempt by the Shiv Sena to put pressure on ally BJP on the Ram temple issue. But Sena has maintained that Thackeray's visit should not be seen through the electoral lens.

"For us, Ram temple is a matter of faith and not politics," Thackeray said.

"Whether it be Shiv Sena or BJP, we are working to make Hindutva strong. After understanding this, the government (of Narendra Modi) returned to power with more MPs. This means we have to respect people's feelings," he added.

When asked whether the Shiv Sena would risk its alliance with the BJP to put pressure on the government over the construction of the Ram temple, he quipped, "For a good work, thoughts also need to be good."

The title suit over the Ram Janmabhoomi-Babri Masjid site is being heard by the Supreme Court.