PM Modi said that he expects people of the country to 'heal the wounds of Kashmir'. 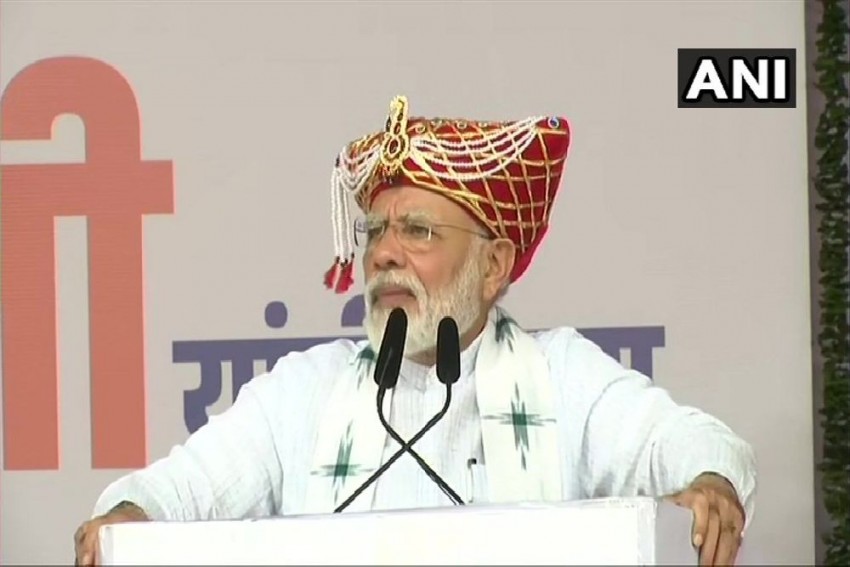 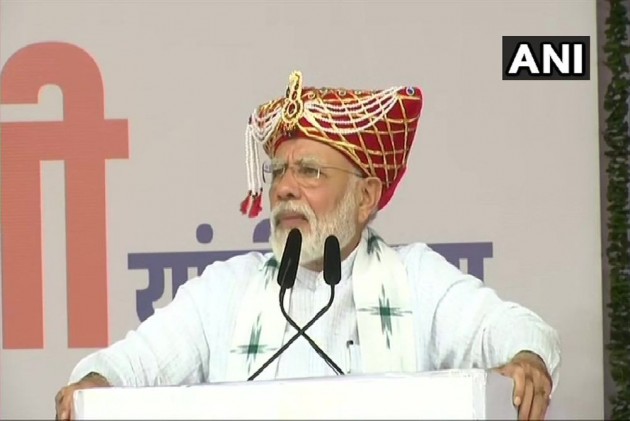 Blaming the Congress for the plight of Kashmiris for decades, Prime Minister Narendra Modi on Thursday called for making efforts to create a "new paradise" in the valley.

Launching the BJP's poll campaign for the next month's Maharashtra Assembly elections, Modi also said that a lot of efforts are being made from across the border to foment
violence in Jammu and Kashmir.

"We have to create a new paradise (in Kashmir)... hug each Kashmiri," he said.

Modi was addressing a massive rally here marking the conclusion of Chief Minster Devendra Fadnavis' 4,000 km long 'Mahajanadesh Yatra', which ended here after covering the state in phases in August.

Modi rued that despite such a historic step, the Opposition was trying to exploit it for political gains, but for the BJP "nothing is bigger than Nation and its security".

He said the BJP symbolised a strong and stable government which 'promised, performed and delivered on all fronts -- women, farmers, students, youth and all sections of the society in the past five years'.

Modi reiterated that his government had performed at record speed in the first 100 days in power and promised that "more will come soon".

It may be recalled that the BJP has decided to make the abrogation of Article 370 a poll plank for the upcoming Assembly elections in Maharashtra next month.

"Cattle don't vote," Modi said on criticism that his government's programme to vaccinate 50 crore livestock is a political move.