After IPS Arun Bothra's intervention, the railways transported 20 litres of camel milk from Rajasthan to a family in Mumbai. 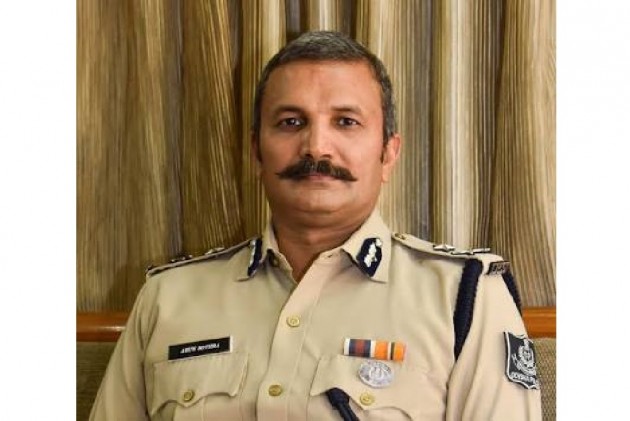 Hours after news of how IPS officer Arun Bothra helped the mother of an autistic child in Mumbai procure camel milk from Rajasthan went viral, the civil servant is mighty pleased. Pleased not just because he genuinely helped a mother in distress, but also because he had for once managed to impress his own parents.

“They (Bothra’s parents) never come to know about my work. But this time since it involved Rajasthan, the news was published in the local newspapers too. They read it and were very proud of me,” the Odisha-cadre IPS officer says.

It all began on April 4 when Chembur resident Neha Sinha tagged Prime Minister Narendra Modi in a tweet seeking supply of camel milk for her autistic child. “@narendramodi Sir I have a 3.5 yrs old child suffering from autism and severe food allergies. He survives on Camel Milk and limited qty of pulses. When lockdown started I didn’t have enough camel milk to last this long. Help me get Camel Milk or its powder from Sadri(Rajasthan),” she said in a tweet.

Suffering from autism and severe food allergies, camel milk is the lifeline for the Mumbai child, and the family did not have enough supply when the lockdown was announced.

Sinha’s tweet did not get any response from any concerned authority till April 6, when one of Bothra’s 65.3K followers on Twitter tagged him. Though he is quite active on Twitter, heeding to complaints and people’s problems, this one especially moved him. “This involved a child, who survived on camel milk. I reacted in an emotional manner to this request,” Bothra tells Outlook.

He activated his contacts in the state and found out that a company called Advik Foods supplied camel’s milk in Mumbai. Bothra contacted the company and asked them to help.

“I am fortunate that everyone was so helpful in this. Even though the owner of the company had lost his father two days earlier, he and his partner went out of their way to help. They arranged for 400 grams of camel milk powder from a supplier in Andheri to tide over the immediate crisis. But that is all that was available in Mumbai,” he recounts.

Then Bothra shared the details on his various WhatsApp groups and was told that railways could help him. He reached out to Chief Passenger Transport Manager of North-West Railway, Tarun Jain, in Jaipur to seek his help in transporting camel’s milk to Mumbai. He, in turn, checked with his seniors and found that a parcel training running between Ludhiana and Bandra Terminus in Mumbai could carry the milk from Rajasthan.

The milk’s source was Sadri near Pali and nearest scheduled stop was Jodhpur. However, owing to the lockdown, it was not possible for the supplier to take the milk to Jodhpur. So an unscheduled stop for the train was arranged at Falna station, where 20 litres of frozen camel milk and 20 kg of camel milk powder was loaded. It finally reached Chembur on April 10.

“I have realised over the years that social media can be used effectively to help people. I thought of using my contacts to try and help the child,” he says.

In the meantime, another Mumbai family joined in the Twitter activity and made the same request. “By the time, the milk had already left by train. So we requested the child’s family to share their milk. They happily shared 5 litres of frozen and 5 kg of milk powder with the other family,” Bothra says.

“It was in 2017, when I was given charge of handling Odisha police Twitter handle, that I realised its power and potential. As the complaints came in, I tried to resolve as many of them as possible. As IG (Crime), I realised about 80 per cent could be handled just by my calling the officials/departments concerned,” says Bothra, formerly a journalist.

Now that he is handling three departments that have extensive public dealing, the complaints come in fast and furious. He says he has resolved hundreds of complaints through social media, but this has been the most satisfying one. He also shares one complaint that was made by a school student, who requested him to change the timing of public transport bus by five minutes to enable them to catch the bus. “They were missing it by five minutes after their school ended. I made the necessary change and replied within 35 minutes that it was done,” Bothra says.