As many as 390 members of a housing society received what they were told were Covid vaccines but government’s CoWIN app had none of their records, the society has alleged in a police complaint 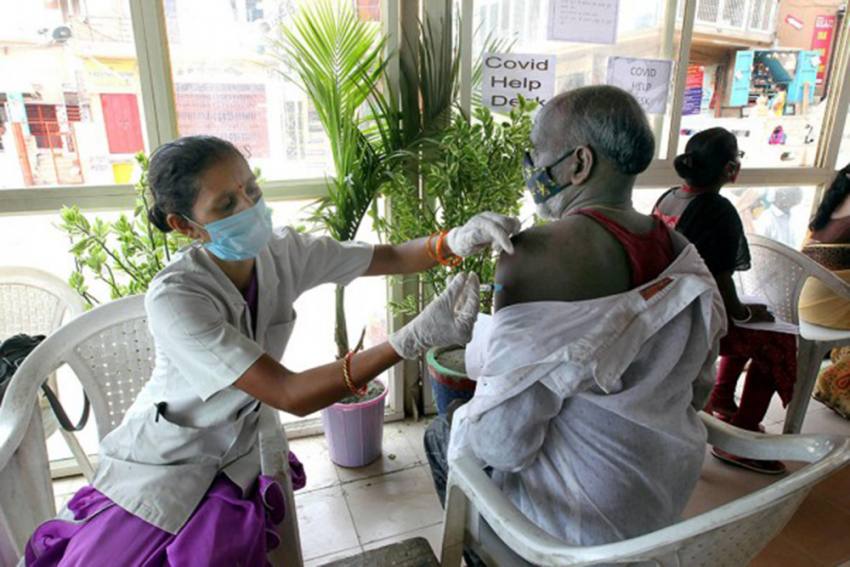 The HHRWA also said that none of the people who got vaccinated had the usual after-effects like fever or body ache.
Representational Image: PTI Photo
Outlook Web Bureau 2021-06-16T14:40:40+05:30 Housing Society In Mumbai's Kandivali Claims They Were Administered Fake Covid Vaccines 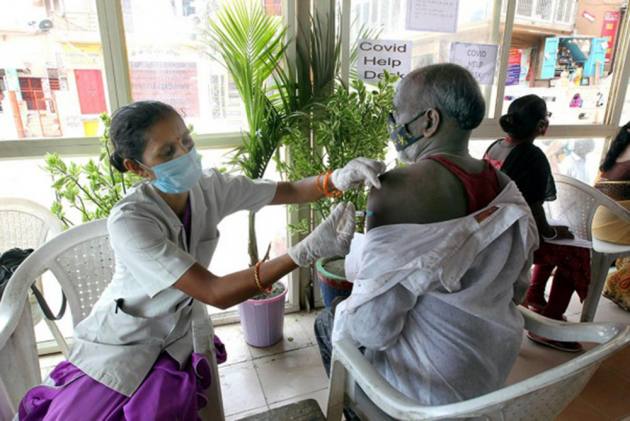 Amid many states and Union Territories complaining of a shortage of vaccines with especially those in the 18-44 age group finding it difficult to procure jabs, a few groups are reportedly indulging in vaccine fraud.

One such incident has come to light in Mumbai after a housing society in the city’s Kandivali area filed a police complaint stating that a group of people claiming to represent a private hospital conducted a vaccination drive at the society but later it was found that they were not associated with any hospital.

The society, Hiranandani Heritage Residents Welfare Association (HHRWA), has alleged that a group claiming to represent Nanavati Hospital set up a Covid-19 vaccination drive for the society’s residents on May 30. As many as 390 members received the supposed Covid vaccines at the camp at Rs 1,260 per person. But later it was found that Co-WIN portal did not have any record of the people who participated and they received certificates in the name of different hospitals.

"If the vaccine is found to be spurious, the people who got vaccinated will have a medical emergency to deal with. Therefore, there is an urgent need to investigate the whole episode so that such fraudulent activities are not repeated at other places," the complaint said.

The HHRWA had organized the camp through a person named Pandey, who claimed to be a sales representative of a reputed private hospital in Andheri. We now feel that some unscrupulous elements have taken us for a ride," the complaint read.

The residents were shocked to receive vaccination certificates in the name of Nanavati Hospital, Lifeline Hospital and NESCO Covid Camp, among others, it said.

"On contacting Nanavati Hospital, they denied any involvement and said they're victims in the situation too," said Neha Alshi, a resident of the complex, on Twitter.

Nanavati Hospital said in a statement that it had not conducted any such vaccination camp. "We have informed the authorities and are lodging a formal complaint," said its spokesperson on Tuesday.

The HHRWA also said that none of the people who got vaccinated had the usual after-effects like fever or body ache.

"There are doubts about whether we were actually given Covishield or was it just glucose or expired/waste vaccine," said Alshi in her tweets.

According to the complaint, one Sanjay Gupta was the coordinator for the camp, but he did not give receipts for the payment for vaccines. He had asked the association to make payment to one Mahendra Singh.

Local BJP MLA Yogesh Sagar said the residents approached him after suspecting a fraud. "Police should conduct a thorough probe as such frauds pose a threat to people's lives," he said.

Meanwhile, the Brihanmumbai Municipal Corporation (BMC), from this week, has made signing a Memorandum of Understanding between private vaccination providers and housing societies mandatory if such camps are organised. The MoU should have all relevant details, it said.