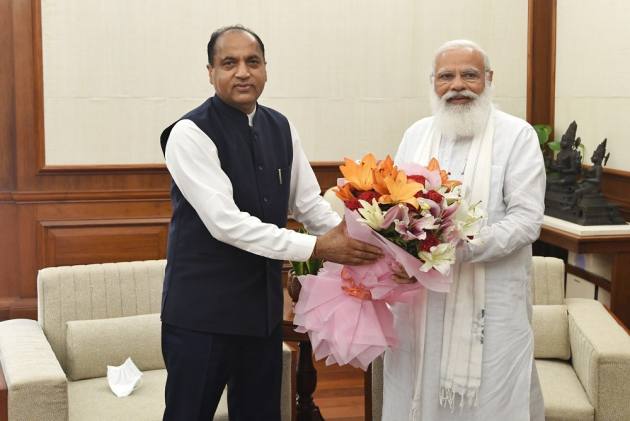 Sixty three percent Covid Vaccination-- with two districts Lahaul-Spiti and Kinnaur reporting 100 % mark and fresh drive for 18-plus beginning on Monday after a 10-day’s pause-- has earned Himachal Pradesh a distinction in the country.

As Chief Minister Jai Ram Thakur met Prime Minister Narendra Modi in New Delhi on Saturday one of the high-point of discussions centred around Himachal Pradesh as a model of Covid vaccination drive, which Modi hinted could be replicated elsewhere in the states.

Himachal had more than 800 vaccination centres at PHCs, CHCs, government hospitals, schools and even anganwadi kendra up to the remotest valleys in the rural areas. We planned our drive well, publicised the sessions and mobilised the eligible population to come to the centres, Chief Minister reportedly told the Prime Minister.

Even when the state faced shortage of doses and stocks got exhausted, the health department paused for 18-44 age group population but continued with 45 year and above, both in case of first dose and second. No vaccination centre was closed . 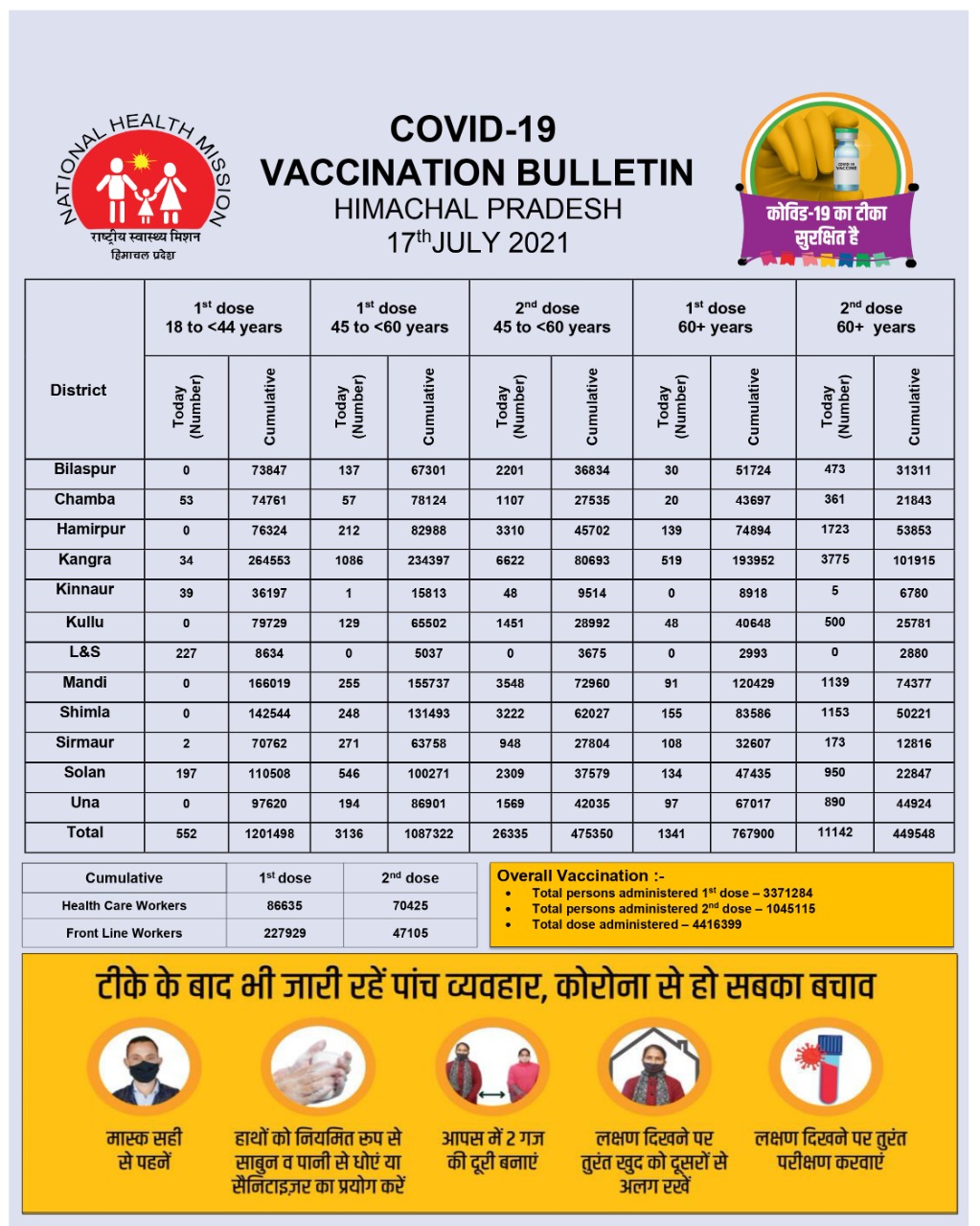 Currently, of 55 lakh eligible population, Himachal Pradesh has administered Covid vaccination to 44.16 lakh people of which 33.71 lakh given first dose and other 10.45 lakh second dose.

Deputy Commissioner, Una, Raghav Sharma, in order to boost-up the drive for the 18-44 year age group, has announced a reward scheme for the villages and panchayats posting 100 percent vaccination.

Meanwhile the concerns are being expressed about a fresh rise in the Covid cases as the figures have already touched three-digit mark i.e. between 123 to 155 cases after significant drop early this month.

The active cases, as per data of the health department has not come down from 1136 as on July 16. Even the number of deaths, which had come down to zero, is again staggering between two to four almost daily.

“It’s mainly because the number of people getting cured is almost equal to those getting infected,” said Awasthi.

He claimed that the people are not following the Covid appropriate behaviour. The department is putting-up a case with the state government to impose restrictions as unlocking all activities will increase the chances of third wave in the state.