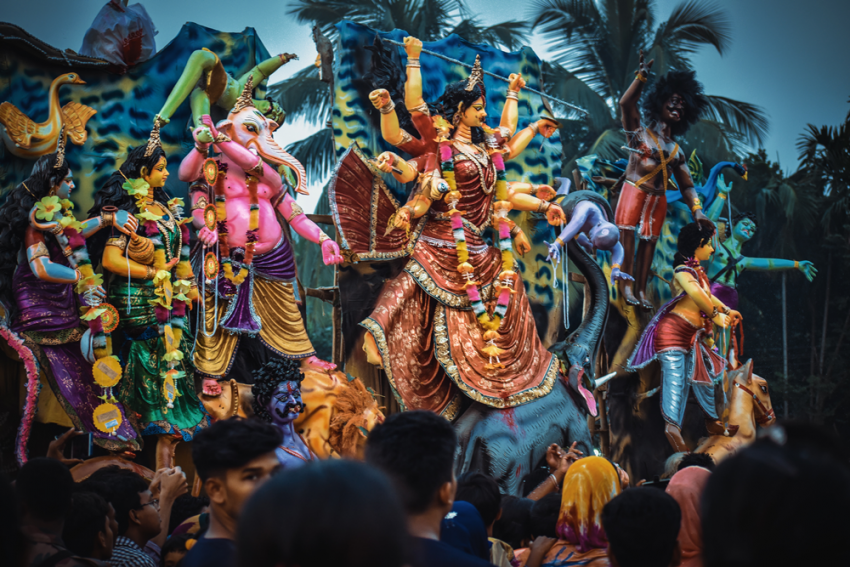 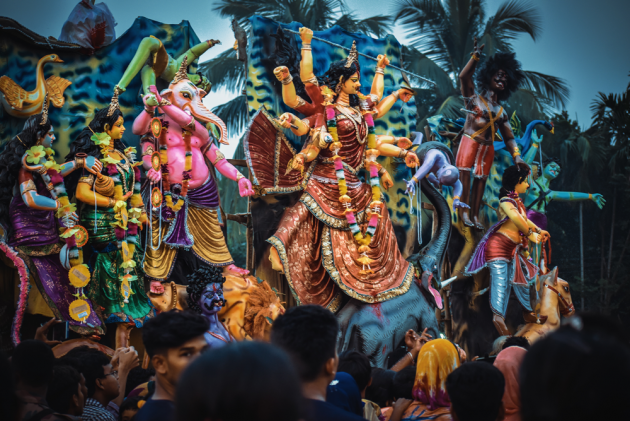 In a significant ruling, the Calcutta High Court division bench on Monday ordered that all Durga Puja pandals in the West Bengal will be declared as ‘no entry zones’ and no visitor will be allowed to enter any puja pandals.

The orders from justices Sanjib Banerjee and Arijit Banerjee came three days before the state’s biggest annual festival, a five-day-celebration, is to formally start. October 22 is the day of Mahashasthi when the puja starts and October 26, the day of Bijoya Dashami and immersion procession, is the formal concluding day.

More than 40,000 community pujas are organised in the state and most of them already have their pandals ready or nearing completion. Decorated Puja pandals, often themed on iconic architectural structures, have been a major attraction of the puja.

Streets in Kolkata have already started drawing crowds in the night and many pandals have started gathering crowds.

Chief Minister Mamata Banerjee had been opposed to imposing strict restrictions on the festival.

The order came concerning public interest litigation filed seeking prohibition of the festival. Durga puja is mostly a community puja, organised by clubs and communities in their respective areas. For five days, thousands of people hit the streets onwards evening and travel from one pandal to another.

The court on Monday ordered that only organisers would be allowed to enter pandals and they will have to put up ‘no entry’ boards outside the pandals to restrict the entry of visitors.

“We welcome the high court’s order. It should refrain people from crowding the streets for pandal hopping,” said Punyabrata Goon, a convenor of Joint Forum of Doctors, West Bengal, an organisation that had earlier written to the chief minister requesting her to impose stringent restrictions on the festivities.

The petitioner of the PIL represented in the court by Communist Party of India (Marxist) Rajya Sabha MP and advocate Bikash Ranjan Bhattacharya, cited in the court the example of how there was a spike in Covid-19 cases in Kerala in the immediate aftermath of the Onam festival and how the government of Maharashtra disallowed both Muharram and Ganesh Chaturthi.

“Since a large number of people in the state have been displaying a complete lack of awareness and disregard for Covid-19 safety protocols and crowing streets and market places, the government needed to be strict. It’s good that when the government hesitated, the court took a bold decision,” said political scientist Amal Kumar Mukhopadhyay, a former principal of Presidency College in Calcutta.

A senior minister in the state government who spoke on the condition of anonymity said the government was still considering the idea of challenging the verdict in the Supreme Court. “A final call will be taken after discussing the pros and cons,” the minister said.

Over the past few days, several civil society persons had appealed to the public to refrain from celebrating the event like every year to prevent a major outbreak of the pandemic after the end of the festival.