The launch ceremony of Faesal's Jammu and Kashmir People's Movement (JKPM) took place at the Gindun Park in Rajbagh area in Srinagar, which was festooned with banners and white flags carrying Faesal's picture. 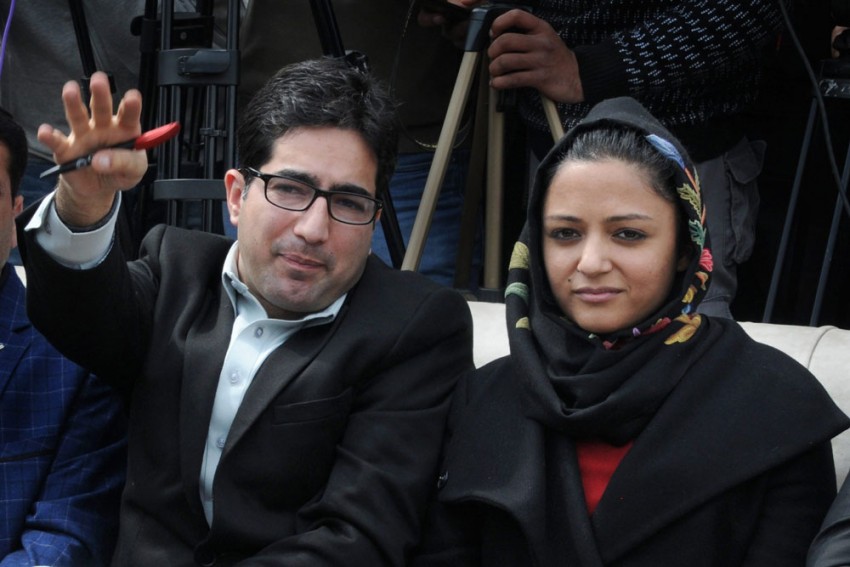 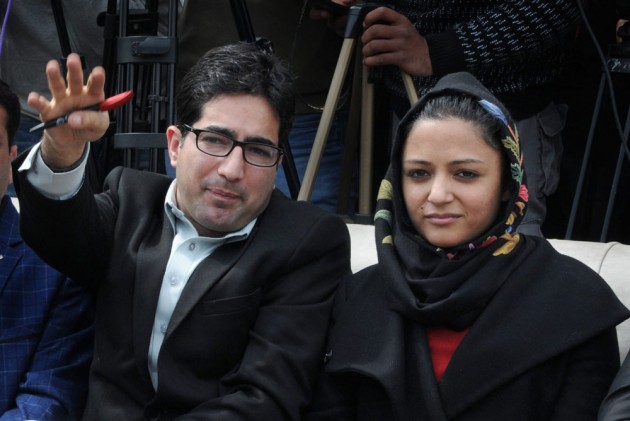 IAS officer-turned politician Shah Faesal on Sunday launched a new political party at a well-attended rally in Srinagar. Scores of supporters from different parts of the Valley attended the launch of the Jammu and Kashmir People's Movement (JKPM), whose slogan is "Hawa Badlegi" (winds of time will change).

Jawaharlal Nehru University (JNU) students' leader Shehla Rashid and some other prominent persons across the geographical and religious divide in the state have also joined Faesal's party.

The launch ceremony took place at the Gindun Park in Rajbagh area, which was festooned with banners and white flags carrying Faesal's picture.

Addressing the gathering mostly comprising youth, Faesal said, "I joined the civil services 10 years back. Over the years, I realised that my diagnosis as a doctor was wrong.

"I believed that by providing roads, electricity and safe drinking water, we could change the lives of the people. But I have understood that as long as the youth in Kashmir live in a state of constant fear, as long as our mothers and sisters face the prospect of losing their dignity and dear ones, nothing will work here.

"It is natural for many to discredit a new idea and understate a revolution, when they see one in the making. Some say we are agents of the army. I am ready to face all criticism, but our pursuit to usher in a new tomorrow will continue undeterred."

The former bureaucrat said Kashmiri politicians were living in a state of mental siege and slavery. "This all pervading mentality of siege has to go," he asserted.

Faesal also spoke of his personal resolve to remain truthful. "My entire family is here in this gathering today. My little son is listening to what I say and promise. I will do nothing to prove to my son that his father made false promises or lied to his people," he said.

The objectives of JKPM are "to work for an inclusive and pluralistic society with adequate political representation for under-privileged communities.

"Promotion of sustainable development strategies, build a progressive, gender-sensitive political institution with traditional values and modern sensibilities. To uplift marginalised communities like the Gujjars and the Bakerwals, especially after the Kathua rape case.

"To work for a transparent, clean corruption-free politics in J&K."

In the past, Faesal has been highly critical of the National Democratic Alliance (NDA)government for what he calls, "subverting public institutions like the RBI, CBI and NIA, which has the potential to decimate the constitutional edifice of the country".