'Any kind of crime against women, including harassment and eve-teasing, would be dealt with severely, says Maha CM amid the nationwide outrage over the brutal rape of Hathras girl. 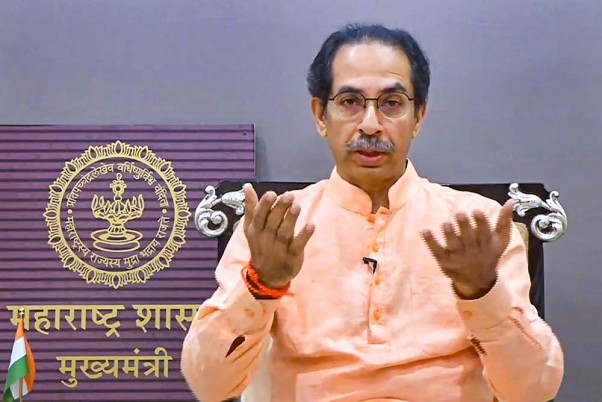 Maharashtra Chief Minister Uddhav Thackeray on Thursday said that Hathras-like incidents will not be tolerated in the state and those indulging in crime
against women would be dealt with severely.

His statement comes amid a nationwide outrage over the death of a 19-year-old Dalit woman from Uttar Pradesh's Hathras on Tuesday, days after she was raped by four men on September 14.

"When incidents like the one happened in UP occur, we usually discuss it for a while and then forget. But in Maharashtra, such incidents will not be allowed to happen," he said.

"Hathras-like incidents will never be tolerated in Maharashtra. For that matter, any kind of crime against women, including harassment and eve-teasing, would be dealt with severely," the chief minister said.

There should be fear of police and they should crush criminal activities in the region, he added.

"Policing should be such that even if the police personnel are present everywhere, they are not visible, but people feel safe," Thackeray said.

He observed that the need to have a separate police commissionerate for Mira Bhayandar and Vasai-Virar was long- pending.

State DGP Subodh Jaiswal said the Maharashtra police manual of 1935 has not not been revised and a new version is pending approval of the government.

Deputy Chief Minister Ajit Pawar said the proposal for the new police commissinerate remained on paper during the previous government and it was brought to reality by the MVA government.