The Chief Secretary of Jammu and Kashmir, who is seen as one of the key officials in the administration, said misgovernance and corruption had continued for so long in Kashmir nobody shed a tear on the detention of politicians. The statement did not go well with the mainstream politicians in the Valley. 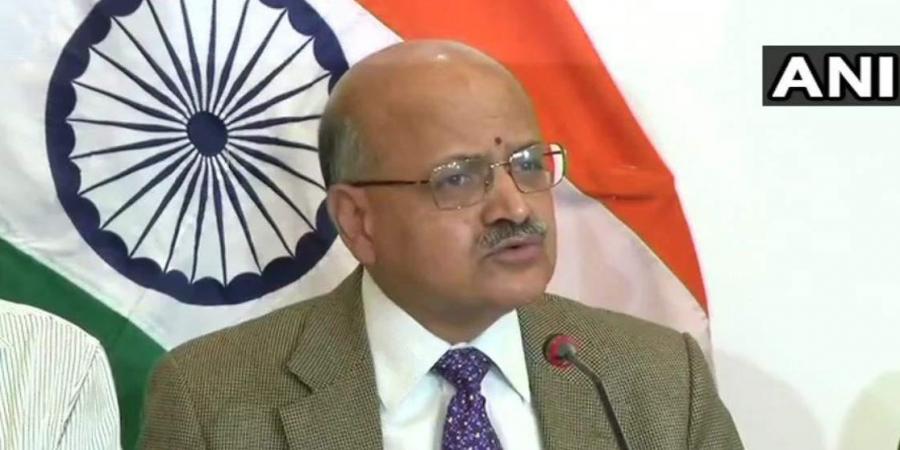 On day one in Valley, Lieutenant Governor Manoj Sinha said the Jammu and Kashmir administration will soon initiate “direct dialogue” with the people to end the menace of terrorism. His other priorities, he said, include zero tolerance against corruption, and taking forward developmental initiatives launched during the last one year.

However, Sinha’s reconciliatory remarks were overshadowed by the Chief Secretary of Jammu and Kashmir, BVR Subrahmanyam’s statement. After the oath-taking ceremony, the Chief Secretary told reporters that Jammu and Kashmir was a “broken state” and there was “no system” in place. He attributed it to years of misgovernance, corruption and “unbelievable levels of fraud” committed by leaders of mainstream parties and separatist organisations.

Subrahmanyam, a 1987-batch IAS officer, said that not a “single soul had cried” over the detention of political and separatist leaders in August last year when the Centre, amid unprecedented, huge military buildup and communication blockade, revoked Article 370 and bifurcated Jammu and Kashmir into two parts. The Chief Secretary, who is seen as one of the key officials who contributed to the revocation of Article 370, said misgovernance and corruption had continued for so long that the system imploded. He said, “People have to be patient to get a whole lot of benefits after the abrogation of Article 370 as what had happened on August 5 last year have not been rolled out fully (yet)."

Subrahmanyam’s remarks did not go down well with mainstream politicians in the Valley who asked him to “focus on his job rather than dabbling in politics”.

“So Mr. CS. Now you have been here for two years. And u have been the boss. Hope u focus on ur job rather than dabbling in politics. Please for god’s sake do your job what you are best at. Decide new date for meeting (sic),” senior JK People’s Conference leader Imran Raza Ansari said in a tweet.

PDP in a statement said: “ The Chief Secretary has come here with a colonial mindset and being the chief executioner of RSS in Kashmir. It is ironic that he is finding fault with the entire population of Jammu and Kashmir while running the most corrupt administration that the state has ever witnessed.”

PDP leader Naeem Akhtar, in a tweet, said, “The fact that he timed it with the swearing in of new LG adds a different dimension to it, given the impression that the new incumbent is to revive 'political process'. Interesting timing and method to help achieve that.”

However, after the Chief Secretary’s statement, political parties described the new L-G as “BJP-led administration.”

“So, with the appointment of Sinha, who has been a member of the Bharatiya Janata Party since 1989, a contender for the post of Uttar Pradesh chief minister and a Member of Parliament, it’s formally a BJP-led administration now,” said Tanvir Sadiq, National Conference leader and former J&K chief minister Omar Abdullah’s political advisor.

A senior National Conference leader said there is nothing significant in Sinha’s appointment except assuring angry BJP cadres in Jammu who are being criticised for supporting Article 370 in Jammu. “Sinha was not accommodated in Uttar Pradesh, so he was accommodated in Jammu and Kashmir. That is all. Besides, if you want to start a political dialogue in J&K, you don’t do it through Lt. Governor. And you don’t do it by taking pride in demolishing the mainstream in Kashmir,” he says.

With National Conference and PDP all out to declare Sinha-led administration as the BJP administration, he will face difficulty in reaching out to them. No political party had leveled such a charge against Sinha’s predecessor G S Murmu.

Analysts believe that since the new LG is a primary member of the BJP, he will try to assuage the feelings of the Jammu region which has been feeling isolated post-August 5, 2019 events. Jammu has voiced concern against domicile law and there are apprehensions that the region could be the first casualty of any "demographic change" which political parties in Kashmir are talking about.

Bureaucracy has always been a challenge in J&K for all political parties since they used to enjoy larger than life image. Sinha, as analysts believe, will be no exception.