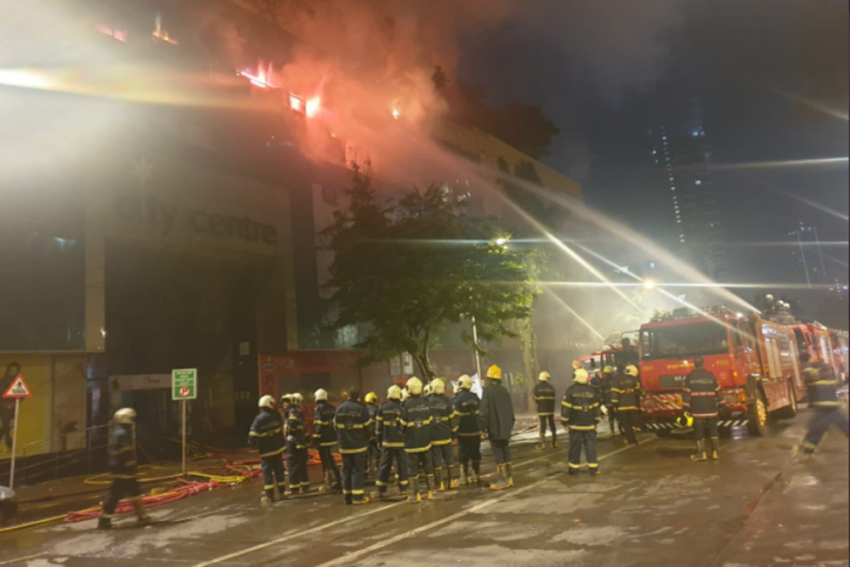 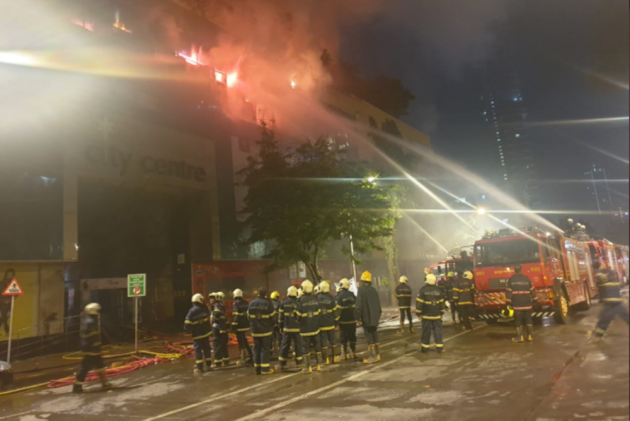 Mumbai fire brigade personnel are engaged in controlling the blaze at a mall 12 hours after the fire broke out there, even as around 3500 people from an adjoining building were evacuated, civic sources said on Friday.

A major fire erupted at the City Center Mall in Mumbai Central area at 8.50 pm on Thursday. Two fire personnel have been injured while controlling the blaze, the sources said.

Around 300 people were rescued from the basement plus three-storey mall after the fire broke out, an official said.

A Brihanmumbai Municipal Corporation (BMC) release said the Mumbai Fire Brigade has given a 'brigade call' in which fire engines are called from all agencies in the city.

Around 50 fire fighting vehicles, including24 fire engines and 16 jumbo tankers are engaged in the firefighting at the spot, besides over 250 officers and firemen, it said.

A fireman sustained minor injuries on his right hand during the firefighting operation and was rushed to nearby JJ Hospital, it said, adding his condition is stable.

The fire erupted in a mobile shop on the second floor of the mall, which mainly houses shops for mobile accessories, besides a few other stores.

A police officer said they evacuated around 300 people from the mall when the blaze erupted.

The fire was initially categorised as level 1 (minor) but was upgraded to level-3 at 10.45 pm and to level-4 at 2.30 am, after flames spread to other parts of the building.

According to fire brigade officials, the exact cause of the fire was not yet known.
Earlier on Thursday, a fire broke out in a garment factory at Kurla in Mumbai. It was doused after two hours.