At least 14 migrant workers sleeping on rail tracks were crushed to death by a goods train in Aurangabad district on Friday morning. 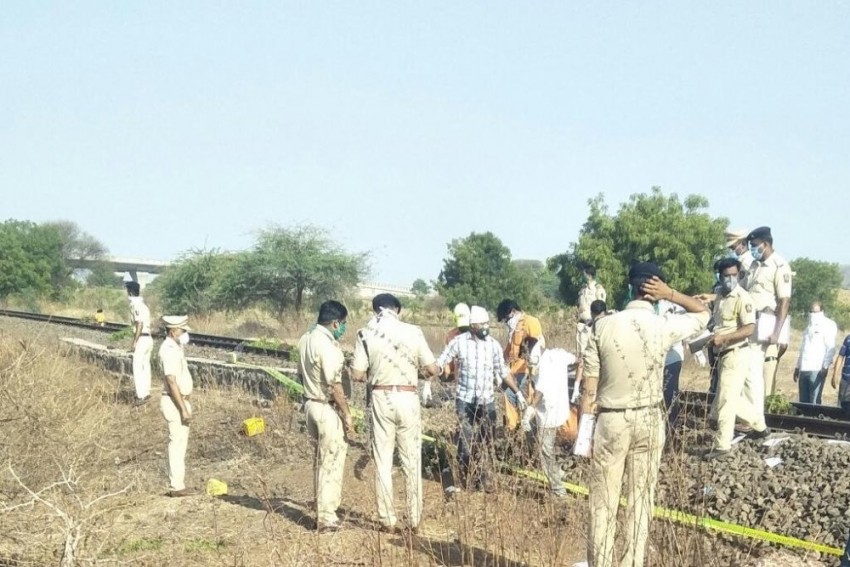 Police officials at the site of the accident in Aurangabad. (ANI)
Outlook Web Bureau 2020-05-08T10:49:07+05:30 'Extremely Anguished By Loss Of Lives': PM Modi On Migrant Workers Killed On Rail Tracks 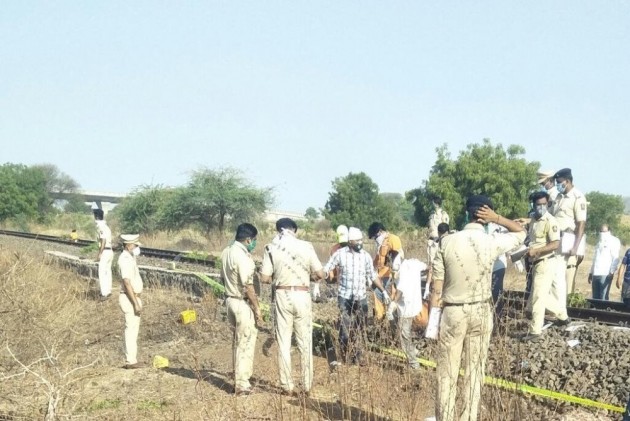 Prime Minister Narendra Modi on Friday expressed anguish over the death of 14 migrant workers in a train accident in Maharashtra's Aurangabad.

He said all possible assistance is being provided.

At least 14 migrant workers sleeping on rail tracks were crushed to death by a goods train in Aurangabad district on Friday morning.

In a tweet, the prime minister said, "Extremely anguished by the loss of lives due to the rail accident in Aurangabad, Maharashtra. Have spoken to Railway Minister Shri Piyush Goyal and he is closely monitoring the situation".

The workers were returning to Madhya Pradesh and  had been walking along the tracks. They later slept on the rail tracks due to exhaustion.

Reacting to the unfortunate tragedy, Home Minister Amit Shah said that he was pained beyond words at loss of lives. "I have spoken to Railway Minister Piyush Goyal, concerned authorities in central govt & railway admin to ensure all possible assistance. My condolences with the bereaved families," he said.

Railway Minister Piyush Goyal too expressed grief over the death of the migrant workers and said relief work is underway and an inquiry has been ordered.

Taking to Twitter, he prayed for peace of the departed souls.

"Relief work is going on, and orders for inquiries have been given. I pray to God for the peace of departed souls," he said.

UP Man Kills Wife For Refusing Him Jewellery To Buy Alcohol