Exit Polls Predict No Seat For PDP In Jammu & Kashmir

According to exit polls, the PDP is likely to lose from all three seats of Kashmir, if the opinion polls are to be believed. 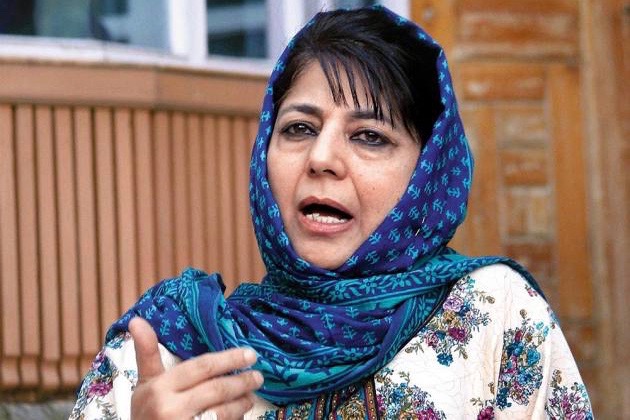 Going by the opinion polls, of the six Lok Sabha seats in Jammu and Kashmir, the BJP is predicted to win two seats, Congress one and the National Conference all the three seats of the Valley.

According to exit polls, the PDP is likely to lose from all three seats of Kashmir, if the opinion polls are to be believed.

It would be a big blow to former chief minister Mehbooba Mufti if the PDP isn’t able to manage a win in a single seat in Kashmir.  Mehbooba is herself contesting from South Kashmir’s Anantnag constituency.

The NC and the PDP didn’t contest from Jammu fearing it would divide the secular vote and benefit Congress. With opinion polls showing the Congress winning one seat, it looks like the strategy to consolidate the “secular vote” has worked.

In the 2014 Lok Sabha polls, the BJP had won two seats of Jammu and one seat of Ladakh. The PDP had won all three seats of the Valley.  The National Conference was not able to open its account in the state and the Congress had drawn a blank in the state.

Later in 2014, in the Jammu and Kashmir Assembly polls, the PDP had won 28 seats and emerged as the single largest party. The BJP won 25 seats in the 87-seat Assembly. Both the parties came together and formed an alliance government in the state in March 2015. The alliance, however, didn’t work due to inherent contradictions between the PDP and the BJP.

On June 19, 2018, the BJP withdrew its support to the Mehbooba Mufti-led PDP-BJP coalition government and with it Governor’s Rule was imposed in the State. Later in November 2018, the State Assembly which was in suspended animation was dissolved after the PDP, supported by the Congress and National Conference, staked claim to form the government.

Though several political parties pitched for simultaneous Lok Sabha and Assembly elections in the state, the Election Commission of India didn’t conduct the Jammu and Kashmir Assembly polls along with the Lok Sabha polls citing security reasons. The participation in the parliamentary polls in Kashmir region remained low.

As the polls in the Anantnag constituency comprising South Kashmir’s four districts --Anantnag, Kulgam, Shopian, and Pulwama -- were held in three phases, in the first phase, the polls were held in Anantnag district on April 23 and 13 percent polling was recorded. In the second phase, held in Kulgam on April 29, 11 percent polling took place, and in the third and last phase today in Shopian and Pulwama 2.64 percent polling was recorded, which is the lowest ever in the electoral history of Jammu and Kashmir.