The Centre is yet to announce concrete fiscal measures that guarantee the protection of income and livelihood for India’s teeming millions who are at the bottom of the financial pyramid. 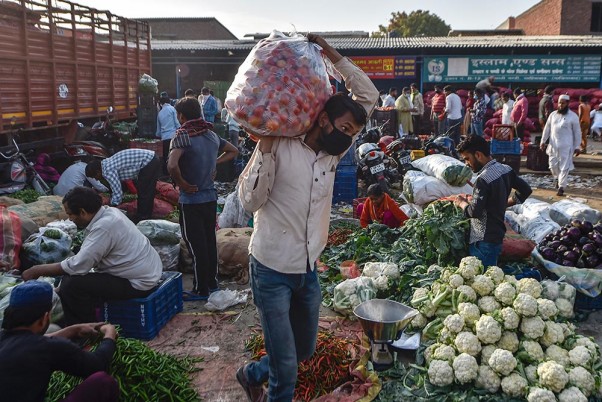 With the Coronavirus pandemic and the resultant government-enforced lockdown for citizens’ safety is expected to take a heavy economic toll, a group of 53 rights activists – including several noted economists – have written to the Centre and state governments proposing emergency measures that could help the country’s financially backward tide over the ongoing crisis.

The Centre is yet to announce concrete fiscal measures that guarantee the protection of income and livelihood for India’s teeming millions who are at the bottom of the financial pyramid. While the Opposition parties have been urging the Centre for a stimulus package, the Left-ruled Kerala government had announced Rs 20,000 crore financial package for the state’s population.

Stating that the coronavirus pandemic will have a “devastating impact on the lives and livelihoods of crores of people”, the letter from 53 concerned citizens to the Centre and the States says, “those likely to be affected the most would be the informal labour force, agricultural workers, small and marginal farmers, MGNREGA workers, old-age pensioners, widows, the differently-abled, slum dwellers, the homeless and other such vulnerable communities.”

The signatories to the letter include activists Aruna Roy, Harsh Mander, Nikhil Dey, Kavita Krishnan and economists Jean Dreze, Dipa Sinha and Jayati Ghosh. The signatories have recommended a comprehensive “one-time emergency relief” package which would cost Rs 3.75 lakh Crore (1.92 per cent of the GDP).

Earlier, former Union finance minister and Congress leader P. Chidambaram had asserted that the Centre “may have to find up to Rs 5 lakh crore” to offset the economic cost of the COVID-19 lockdown, stating that the Centre can use this money for monthly payments to the poor. Chidambaram had said that the fiscal steps necessary to be taken at the moment include “doubling the PM-Kisan subsidy and including tenant farmers in the scheme, deferred tax payments, cut in indirect taxes, cash transfers to the poor, using the excess-over-buffer stock of food grains and distributing 10 kg free to every family that wants the food grains, guarantees to employers who maintain current levels of employment and wages in their establishment.”

The relief measures suggested by the 53 concerned citizens give a more concrete form to several of Chidambaram’s suggestions to the Centre while adding some more crucial ones. The activists have suggested that the governments – central or in states – must supply “free ration along with cooking oil, pulses, salt, masala, and soap for a period of 3 months (April, May, June) to be distributed in advance to all those covered under the NFSA” and that “availability of cooked meals twice daily at least till the end of May” should be ensured for the needy through kitchens used for mid-day meals or as part of peoples’ kitchen schemes in different states.

The suggested relief also includes “advance payment of three months’ pensions (April, May, June) to be given to each pension holder under NSAP on April 1” and “immediate clearance of all pending liabilities of wages and materials to the tune of Rs. 8,396 Crore under MGNREGA.” The activists say that the government must pay all registered MGNREGA workers their full wages during the lockdown period and not treat this payment as an unemployment allowance but as wages for the period “where they should have been working but are unable to work.” Immediate transfer of the first installment of the PM-Kisan scheme and clearance of all pending installments under the PMAY programme and the SBM programme have also been recommended along with an emergency relief package programme for each poor household. The group estimates the cost of the per household cost of the proposed relief package to be Rs 7,000 per month for the months of April and May.

Explaining the methodology for calculating the Rs. 3.75 lakh crore package, the group says in its letter that estimating India’s population at 134 Crore and dividing this into households on the accepted norm of family size of four persons, there would be an approximate 33.50 crore households. The activists note that the bottom 80 per cent of these households would come to an estimated 26.80 crore households and the NFSA covers about 67 per cent of the households (around 23 crore). However, the group notes that since not every person has a ration card, “we need to account for more households than what NFSA covers”. Thus, the emergency relief package of Rs 7,000 per month per household for the months of April and May would translate to Rs 3.75 lakh crores.

Considering that social distancing is now an essential safeguard against the pandemic, the group have also suggested a method for disbursement of the relief material. “This immediate relief package should be done as doorstep delivery and handed to people as cash along with three months of advance ration. There can be a box with rations, an envelope with the cash and a pen to sign upon receiving the entire package of rations and cash,” the letter states, adding that the robust architecture of Self Help Groups across States can be used for the purpose to prevent incidents of pilferage. In the absence of volunteers for doorstep delivery, the activists have suggested that the relief material can be distributed at ration shops “with designated times for each part of the village to pick up supplies to make sure that members of more than 10 households do not gather at the shop.”