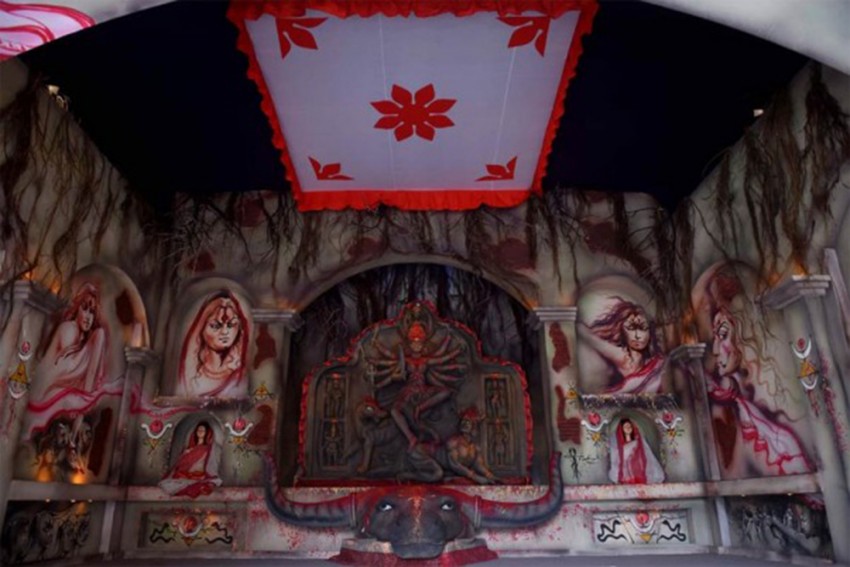 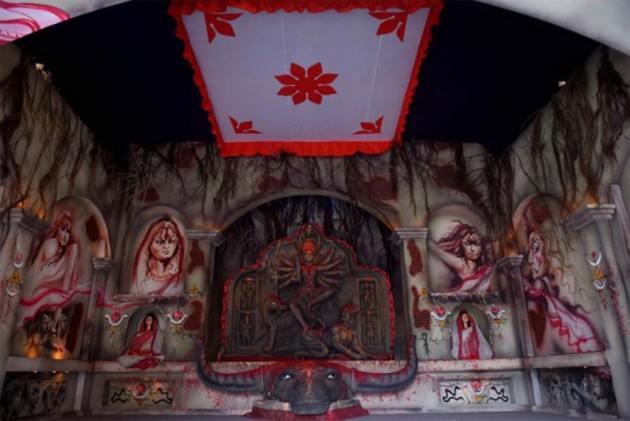 The division bench of Justices Sanjib Banerjee and Arijit Banerjee on Wednesday upheld its Monday verdict of banning the entry of visitors inside the puja pandals while hearing a review petition filed by Forum for Durgotsav, an umbrella of Kolkata’s major Durga puja organisers.
The court, however, relaxed the restrictions on the entry of organisers inside the pandal.
In the evening, Mamata Banerjee’s close confidante Firhad Hakim expressed his dissatisfaction on the verdict.

“We can’t make a comment on a court’s order. All I want to say is that the youngsters are getting depressed (due to Covid-19 restrictions). They are suffering from mental problems. They wanted to have some fun. Durga Puja is such a big thing. Celebrating it will caution was the responsibility of the people,” state urban development minister Firhad Hakim said.

“And then, everything from shopping malls and restaurants to bars remain open. Only Durga Puja pandals are closed,” said Hakim, who himself is the main organiser of one of Kolkata’s major Durga Pujas, the one of Chetla Agrani Club.

The TMC seemed upset with the ruling because chief minister Mamata Banerjee had decided not to impose any strict restriction on the Durga Puja festivities, the state’s largest annual festival.

Debangshu Bhattacharya, a TMC state unit spokesperson, said the restrictions would hurt marginal traders, hawkers and food stall owners who largely depend on the income from the festive season for the whole year’s sustenance.

“Most of our leaders are associated with Durga Puja organising and this gives us a good opportunity of reviving public contact,” said a senior TMC minister who did not want to be named.

Incidentally, senior TMC Lok Sabha MP and senior leader Kalyan Banerjee represented Forum for Durgotsav in its review petition against the division bench’s Monday verdict. During the hearing on Wednesday, Banerjee had urged the court to allow entry of visitors for three days in the evening. The court did not agree.

Due to the state’s steadily rising Covid-19 graph – it recorded more than 4,000 cases on a day for the first time on Tuesday – health experts had been apprehending a major spike in the number Covid-19 cases after the festival.

A senior leader of the Bharatiya Janata Party (BJP)’s state unit said that Mamata Banerjee was trying to play with people’s sentiments around the festival keeping in mind the Assembly elections due next year.

However, the high court order seems to have failed to dampen the “puja spirit” of the festival enthusiasts, as people continued to be on the streets and travelled to major puja pandals to have a look at them from outside.

People were also seen gathering outside the puja pandals or crowding roadside eateries and temporary food stalls. The five-day festival formally starts on Thursday but people have started hitting the streets over the past four days.

According to the court’s order, the organisers need to put up barricades 10 meters ahead of major pandals and 5 meters ahead of small pandals. “The director-general of state police will have to submit a report before the division bench detailing compliance of the court’s order,” said Bikas Ranjan Bhattacharya, the advocate of the petitioner in the public interest litigation that led to the court ruling. Bhattacharya is also a Rajya Sabha MP of the Communist Party of India (Marxist).

While most of the major puja organisers in the city have already put up these barricades, pandal hoppers were seen gathering outside the barricade of these major pujas.
“Pandal hopping is not only about the pandals, it’s also about the walk with friends and family,” said Sumit Bhattacharya, a college student who had gone out along with his friends to walk along the route of some major pujas in south Kolkata.