The national capital's air quality is unlikely to improve with farm fires, slow wind speed, and festive season ahead. 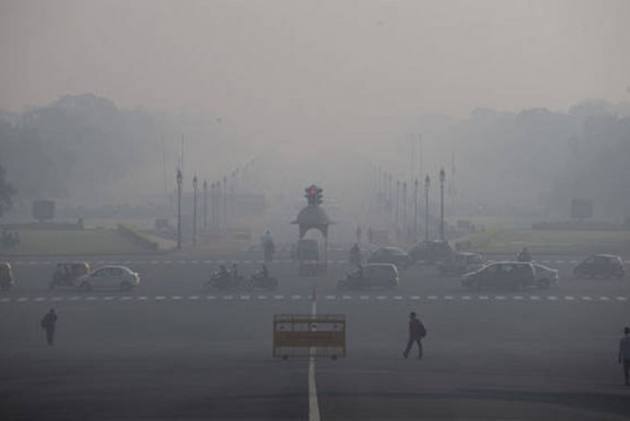 PM10 is particulate matter with a diameter of 10 micrometres and is inhalable into the lungs. These particles include dust, pollen and mould spores.

According to the India Meteorological Department (IMD), the wind speed was 3 to 4 kilometres per hour in the morning and the minimum temperature of 10 degrees Celsius. Calm winds and low temperatures trap pollutants close to the ground, while favourable wind speed helps in their dispersion.

“The farm fire count over Punjab remains very high which is likely to impact the air quality of Delhi-NCR and other parts of northwest India,” it said.

The Ministry of Earth Sciences' air quality monitor, SAFAR, said surface winds have become calm and are predicted to remain so for the next two days. “This is a major factor due to which no quick recovery is expected unless a drastic reduction in fire counts takes place,” it said.

SAFAR said the share of stubble burning in Delhi's PM2.5 pollution was 29 per cent on Sunday.

It was 42 per cent on Thursday, the maximum this season so far.

Last year, the stubble contribution to Delhi's pollution had peaked to 44 per cent on November 1, according to SAFAR data.