The Nagpur Police on Monday addressed a tweet to Chandrayaan-2 lander 'Vikram', pleading it to respond, days after it lost communication with ground stations moments before India was going to script history. 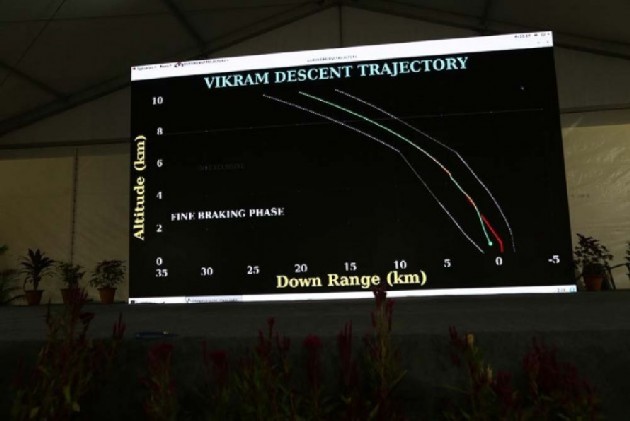 A tweet that has won many a heart on the micro-blogging site, Twitter. The Nagpur Police on Monday addressed a tweet to Chandrayaan-2 lander "Vikram", pleading it to respond, days after it lost communication with ground stations moments before India was going to script history.

"We are not going to challan you for breaking the signals!#VikramLanderFound#ISROSpotsVikram @isro#NagpurPolice"

Dear Vikram,
Please respond ðÂÂÂÂÂÂðÂÂÂÂ».
We are not going to challan you for breaking the signals!#VikramLanderFound#ISROSpotsVikram @isro#NagpurPolice

The amendments to the Motor Vehicle Act which came into force on September 1 entail imposition of strict penalty on the violation of traffic rules. Since the implementation of new rules, numerous reports of people being heavily penalised have come from across the country.

Within minutes, people started reacting to the Nagpur Police's tweet, which had already garnered over 7,500 likes and close to 2,400 retweets. Here's what people said:

Nagpur Police!!
Yes, indeed , Hopes of 133 crore Indians attached to #Vikram . It's truly an exception!
And YOUR tweet is EXCEPTIONAL!

That's a real sweet one. Vikram you can't break so many hearts, you would not even know how many shed tears for you. #vikramwakeupdude

@realtahauddin Another great tweet coming from you! ðÂÂÂÂÂÂ You are just taking Nagpur Police to th next level.

Hats off to whosoever who has tweeted this on behalf of Nagpur Police. A gem this is

....&Whosoever thought police are heartless ,
Take a good look , these folks are real gems,so thoughtful!
We Indians stand by you
Hail @NagpurPolice @isro

The Indian Space Research Organisation (ISRO) chairman, Dr K. Sivan, on Sunday said that the lander had been located on the lunar surface and the agency was trying to establish contact with it.