Rajasthan Governor Kalraj Mishra had turned down three earlier proposals for Assembly Sessions, saying if Ashok Gehlot government wanted the assembly summoned at short notice, it should specify that it planned to hold a vote of confidence. 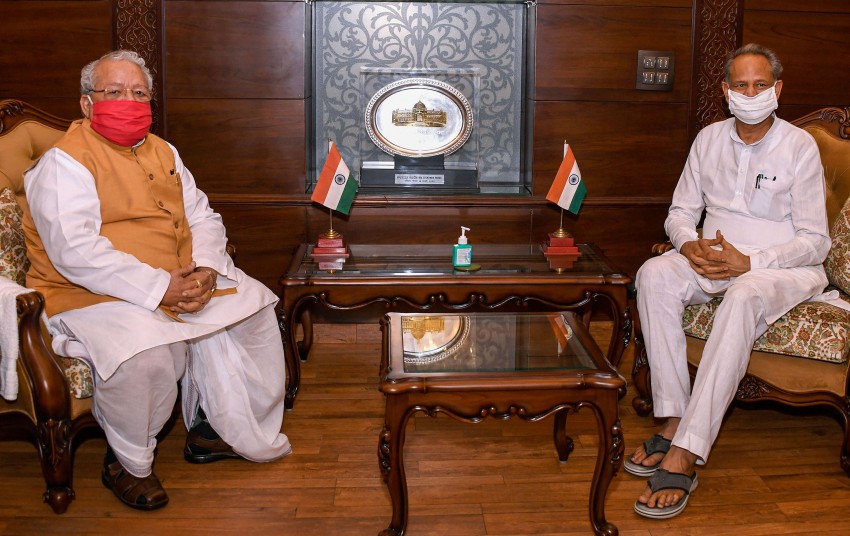 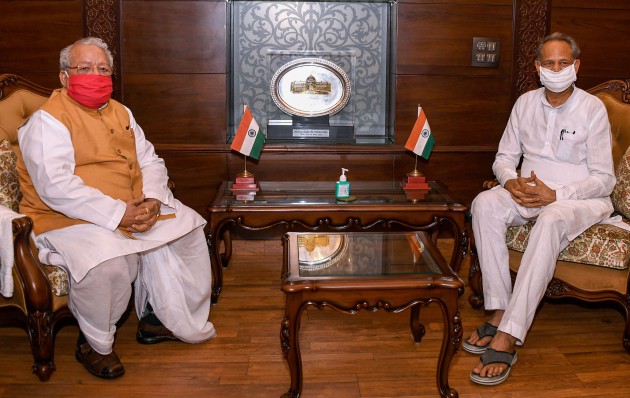 The deadlock over convening the Rajasthan Assembly ended Wednesday with Governor Kalraj Mishra agreeing to call a session from August 14.

The Raj Bhawan announcement came a couple of hours after the Ashok Gehlot Cabinet sent a fourth proposal to the Governor for summoning the Rajasthan Assembly, mentioning August 14 as the new date.

The government argued that this met the 21-day notice requirement on which the Governor was insisting, counting the days from July 23 when the first proposal for the session was sent to the Raj Bhawan.

The Congress government had earlier asked for the session to begin on July 31.

The Governor had turned down three earlier proposals, saying if the government wanted the assembly summoned at short notice it should state that it planned to hold a vote of confidence.

Otherwise, it should give 21 days’ notice, he had said.

On Wednesday, the Raj Bhawan returned the third proposal sent by the government on Tuesday. But the fourth proposal sent Wednesday night after another cabinet meeting was approved.

“The Rajasthan Governor has approved the Cabinet proposal to call the assembly session from August 14,” a Raj Bhawan spokesperson said.

"He also gave verbal directions to make the necessary arrangements for the prevention of COVID-19 spread during the session,” the official added.

While returning an earlier proposal Tuesday, Governor Mishra highlighted three points: a 21-day notice, live broadcast of the proceedings if there is a trust vote, and social distancing during the session.

As the impasse over calling a session seemed to deepen Wednesday, Chief Minister Ashok Gehlot held a 15-minute meeting with Mishra at the Raj Bhawan. Hours later, the state Cabinet met to redraft the proposal, setting the new date.

Speaker C P Joshi also met the Governor at the Raj Bhawan, making what was described as a courtesy call. It was also Joshi’s birthday.

After the Cabinet meeting, a minister announced that the government is sending a new proposal which it hoped will end the deadlock.

“Neither the Governor nor the government wants confrontation. The Cabinet has passed a revised proposal for forwarding to the Governor,” Transport minister Pratap Singh Khachariyawas told reporters.

Gehlot is caught in a tussle for power in Rajasthan with his now sacked deputy Sachin Pilot, who leads a group of 18 other dissident Congress MLAs.

A part of this drama is being played out in the Rajasthan High Court, which the 19 dissident MLAs had earlier approached against the disqualification notices served to them by the Speaker.

On Wednesday, the high court also began hearing a plea by BJP MLA Madan Dilawar, challenging the Speaker’s decision to reject his complaint against the merger of six BSP MLAs with the Congress.

At a Pradesh Congress Committee meeting, where the new state unit chief Govind Singh Dotasra took charge, Gehlot told party workers that there was nothing to worry about as the leadership in Delhi was with them in the crisis.

"The love letter has already come. Now, I am only going to have tea with him,” he said before heading for the Raj Bhawan to meet Governor Mishra.

He was referring to the note from the Governor, returning for the third time his Cabinet’s proposal to convene the state assembly.

According to a press release from the Raj Bhawan, the Governor had also referred to the coronavirus pandemic while returning the government’s proposal. He questioned why the lives of over 1,200 people be put in danger without any special reason.

After Wednesday’s cabinet meeting, a minister said it was for the Speaker to ensure these arrangements.

The Raj Bhawan statement, made before the cabinet meeting in the evening, had also referred to the MLAs who are holed up in hotels.

The note said it is the constitutional duty of the Governor to ensure their free movement and presence in the House.

Pilot, who was sacked as Rajasthan’s deputy chief minister and the state’s Congress chief after he rebelled, congratulated Dotasra on being appointed to the post he once held.

“I expect that without any pressure or prejudice, you will give full respect to those workers through whose hard work the government was formed," he tweeted in Hindi, in an apparent reference to himself and the other dissidents.

"Thank you very much Sachin ji,” Dotasra tweeted back.

“I also hope that you will leave the hospitality of the BJP and the (Manohar Lal) Khattar government and come to Jaipur to stand with the Congress government for maintaining the honour of all Congress workers whose hard work formed the government.”