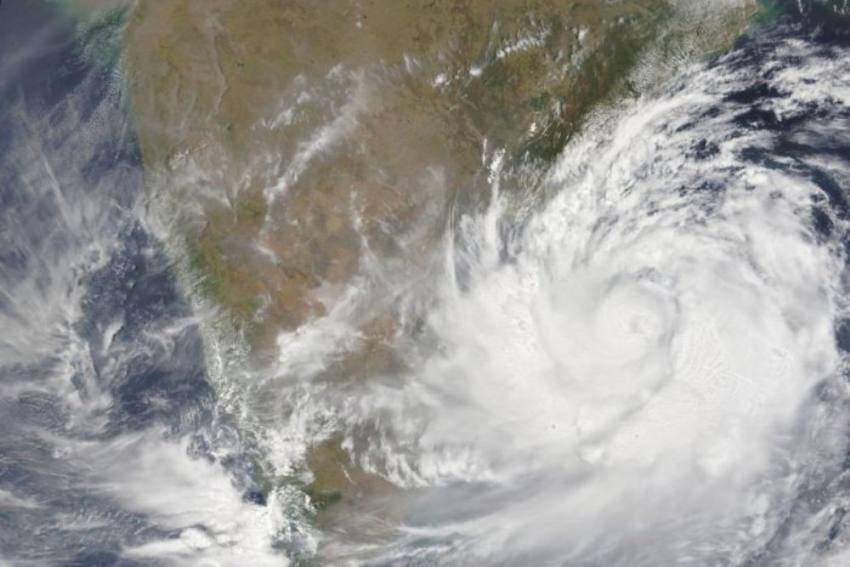 Image used for representational purpose only.
File photo: AP/PTI
Sandeep Sahu 2020-05-17T10:13:18+05:30 Cyclonic Storm ‘Amphan’ Expected To Intensify In Next 12 Hours As Odisha Braces For It 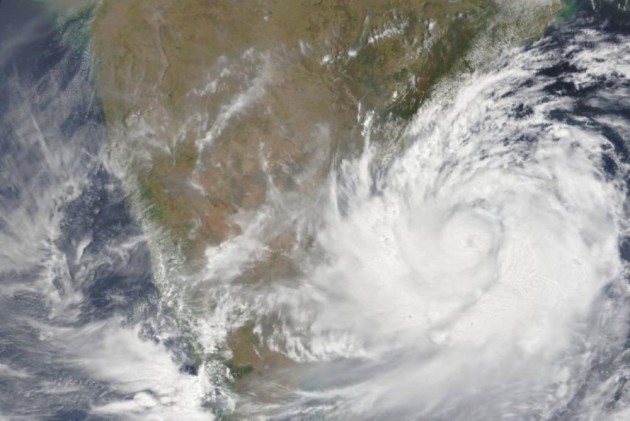 Already stretched to the limits in fighting the COVID-19 menace, the Odisha government is now bracing for another crisis -- cyclonic storm ‘Amphan’ in the Bay of Bengal.

The deep depression over the south-east Bay of Bengal, which lay centered about 1060 km south of Paradip on Saturday morning, has now turned into a cyclonic storm and moved at a speed of 6 km/per hour over the last 12 hours and remained centered 990 km from Pardip at 8.30 this morning, the India Meteorological Department (IMD) has said.

It is expected to further intensify into a severe cyclonic storm (SCS) in the next 12 hours and into an extremely severe cyclonic storm (ESCS) by Tuesday morning as it nears the Odisha coast, it said. It is likely to move north-north-westwards through today and then recurve north-north-eastwards across northwest the Bay of Bengal towards West Bengal and adjoining North Odisha coast during May 18 to 20, the IMD said.

Under its impact, there will be light to moderate rains along the Odisha coast with the wind speed reaching 45-55 km on Monday. Then rains will intensify on Tuesday (May 19). Four districts on the north Odisha coast – Jajpur, Kendrapara, Bhandrak and Balasore – will be lashed by heavy to very heavy rains on Tuesday and Wednesday with the wind speed reaching up to 75-85 km. The landfall is expected on Wednesday (May 20) afternoon.

Though the India Meteorological Department (IMD) is yet to identify the exact location of the landfall, it has said it would be somewhere along the North Odisha-West Bengal coast.

“The approaching cyclonic storm will stay close to the North Odisha-West Bengal coast and the landfall could take place somewhere in the bordering area of the two states. But its exact location can be pinpointed only after it comes closer to the coast,” IMD Director Mrutyunjay Mohapatra said in New Delhi. “In its intensity, it would be lesser than Cyclone Fani (May, 2019), but greater than Bulbul (November, 2019),” he added.

Meanwhile, Chief Minister Naveen Patnaik has said ensuring "zero casualty" is the top priority for his government. “As always, saving lives is our priority. We should put our best efforts to save every precious human life,” Patnaik told top officials and collectors of the 12 districts, which are put on alert following the IMD’s forecast, during a video conference yesterday.

Special Relief Commissioner (SRC) P K Jena said the state government has kept all its apparatus ready to meet the eventuality. “All fishermen are now out of the sea as we have been preparing for the eventuality for the last two days,” he said, adding all the line departments have been kept in readiness.

During a video conference with Cabinet Secretary Rajiv Gauba yesterday, chief secretary A K Tripathy made a request to temporarily suspend ‘Shramik Special’ trains passing through areas in the state that are likely to be affected by the cyclone.

Jena said the impending situation could create problems in receiving the passengers and taking them to quarantine centres as per the COVID-19 guidelines.

He said of the 809 cyclone shelters in the 12 coastal districts, 242 are used as temporary medical camp for the returnees coming from COVID-19 states.