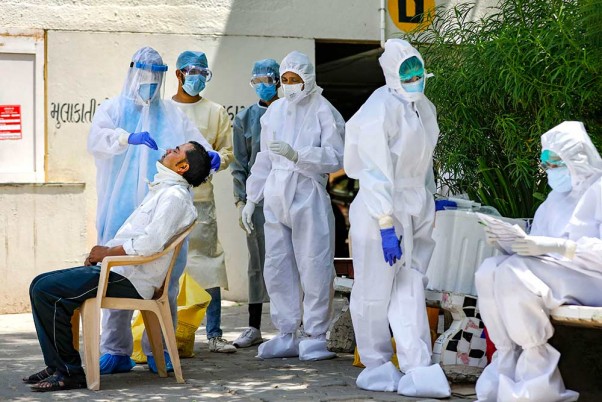 17 states and union territories did not report any Covid-19 deaths in the last 24 hours on Monday, informed the Health Ministry.

Covid-19 Vaccination For People Above 50 Years Will Begin From March: Harsh Vardhan

The strategy of containment, including prompt tracing and tracking, aggressive and widespread testing, combined with standardized clinical management protocols, have ensured the low mortality levels, in addition to consistent low daily positive cases, it said.

As part of the Covid-19 management and response policy, the Centre's focus is not only in containing fatality but to reduce deaths and save lives by providing quality clinical care to critical and severe patients, it said.

Collaborative efforts of the Centre, states and Union Territories have resulted in reducing case-fatality substantially, the ministry said.

It said 11,831 new cases were recorded in a span of 24 hours in the country while 11,904 new recoveries were registered during the same period.

The ministry said 33 states and Union Territories have less than 5,000 active cases. The tally of recovered cases has surged to 1,05,34,505.

"The gap between active cases and recovered cases is continuously increasing and stands at 10,385,896," the Union health ministry underscored.

Kerala has also reported the highest daily new cases at 6,075, followed by Maharashtra and Karnataka with 2,673 and 487 new cases respectively.

Six states account for 79.76 per cent of the 84 fatalities reported in a span of 24 hours. Maharashtra reported the most 30 new fatalities, followed by 19 deaths in Kerala.

So far, 1,16,487 immunisation sessions have been conducted.

The number of beneficiaries vaccinated every day is following a steady upward curve, the ministry said.