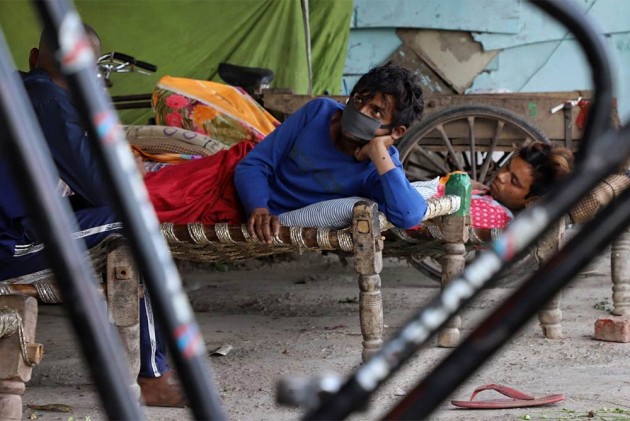 The number of Coronavirus cases in India has climbed to 13,835 while the 452 people have lost their lives to the infection, the health ministry said on Friday evening. The cases in the country rose by 1,076 and 32 deaths were reported in 24 hours, said officials

Worldometer, a website that tracks the COVID-19 cases across the globe, also reported the same number even as the experts and Opposition parties continue to demand aggressive testing.

According to a PTI tally based on reports from states, the total number of COVID-19 cases was 13,789 and 1,853 had recovered while the death toll stood at 457.

Earlier in the day, the Centre said before the lockdown was imposed, the rate of COVID-19 cases doubled after every three days, but according to the data in last seven days, the doubling rate of cases now stands at 6.2 days.

Lav Aggarwal, Joint Secretary, Health and Family Welfare, said the doubling rate in 19 States and Union Territories is even lower than the average doubling rate.

At the daily press briefing, Agarwal said the reduction in the doubling rate is the product of the management of the health crisis at the field level. He said that 5 lakh rapid antibody test kits are being distributed to states, which are burdened with a high number of positive cases.

With five more deaths since Thursday night, the toll in Gujarat reached 41 today, a senior health official said. Those who succumbed to the viral infection included a 31-year-old man from Vadodara and four persons from Ahmedabad, said Jayanti Ravi, Principal Secretary, Health.

The total number of coronavirus infections in Gujarat touched 1,021 on Friday after 92 new cases were reported.

Of the total 452 deaths listed by the health ministry, Maharashtra tops the tally with 194 fatalities, followed by Madhya Pradesh at 57, Gujarat and Delhi at 38 each and Telengana 18.

Tamil Nadu has reported 15 deaths while Andhra Pradesh and Uttar Pradesh have reported 14 fatalities each.

Punjab and Karnataka have reported 13 deaths each.

Rajasthan has registered 11 deaths while West Bengal has reported 10 deaths fatalities. Some states have reported less than 10 deaths.

Despite being under a strict curfew since late March and enjoying the reputation of being India's cleanest city, Indore in Madhya Pradesh has acquired the dubious distinction of recording a very high coronavirus mortality rate.