Home  »  Website  »  National  »  Congress Seeks Disqualification Of Pilot, Rebel MLAs From Rajasthan Assembly, But Asks Them To Return To 'Family'

Congress Seeks Disqualification Of Pilot, Rebel MLAs From Rajasthan Assembly, But Asks Them To Return To 'Family'

While Sachin Pilot has said he is not joining the rival BJP, the Congress said the dissident MLAs can still return to the party's fold. 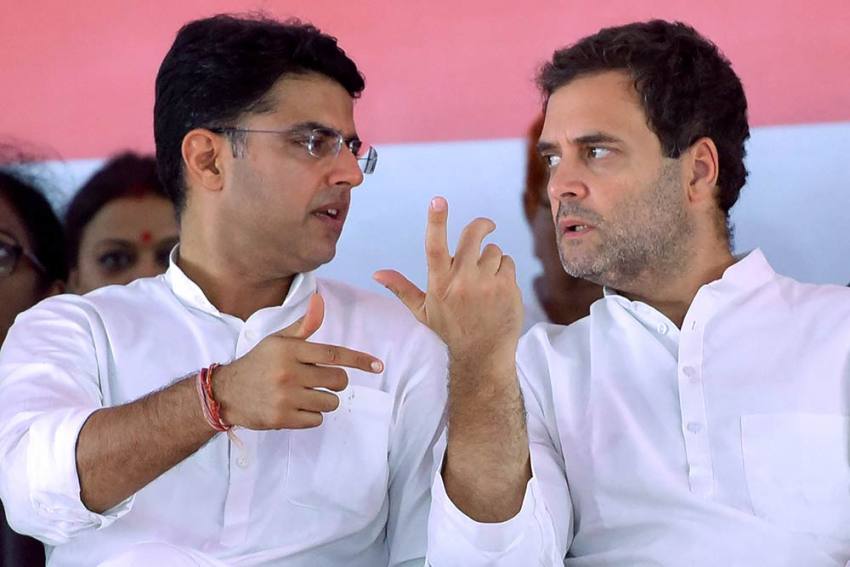 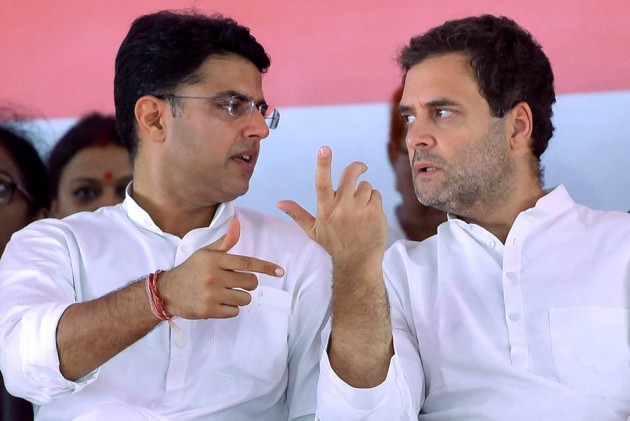 The Congress has sought the disqualification of Sachin Pilot and 18 other dissident MLAs from the state assembly even as it repeated that the party has not closed its doors on him.

Rajasthan Assembly Speaker C P Joshi confirmed that disqualification notices have been sent out Tuesday on the basis of the complaint made by the party. The dissidents have to reply by Friday.

Chief Minister Ashok Gehlot also talked tough, accusing the former deputy chief minister of being directly involved in the alleged horse-trading with the opposition BJP to bring down his government.

He did not refer to Pilot by name but spoke about the “deputy chief minister” and the “PCC president”, both posts held by the leader before he was stripped of them on Tuesday as he tussled with the more senior Rajasthan leader for power.

But, amid this tough posturing, the Congress said the dissident MLAs can still return to the party's fold.

Avinash Pande, the AICC in-charge of Rajasthan indicated this in a tweet in the morning and party spokesperson Randeep Surjewala followed that up while interacting with the media in the afternoon.

Pilot has said he is not joining the BJP but not spelled out his next move.

"The party's doors have not closed for Pilot. May God give him good sense and he realises his mistake. I pray that he comes out of the BJP's illusory trap," Pande tweeted in Hindi.

Senior leader Surjewala said all grievances will be heard and solutions found.

"Come back to your family, sit with your family and place your view before the family,” he said at Jaipur hotel where MLAs in the Gehlot camp are holed up.

He said if Pilot is not joining the BJP, he should not accept the “hospitality” of BJP-ruled Haryana, referring to reports that the MLAs close to the rebel leader are camping in two Gurgaon hotels.

The Congress has made clear that it is going for revamp of the organisation in the state.

On Tuesday, Avinash Pande announced that all cells and departments of the state Congress are dissolved so that they can be reconstituted under the leadership of the new PCC president. On Wednesday, he announced a similar disbanding of all district and block committees of the party.

In the harshest words spoken so far by any Congress leader against Pilot, Ashok Gehlot on Wednesday accused his sacked deputy of being directly involved in horse-trading with the BJP.

He claimed there is proof that money was being offered.

“Our deputy chief minister and PCC president himself was doing the deal and was giving statements that no horse-trading was taking place. What clarification are you giving when you yourself were involved?” he asked.

“Speaking good English or Hindi, giving a good byte is not everything,” he said. What matters, he added, is commitment to the party's programmes and policies.

The Rajasthan Assembly secretariat sent notices to 19 MLAs, following a complaint by Congress chief whip Mahesh Joshi who sought their disqualification from the House.

The party said the MLAs had defied a whip and skipped the Congress Legislature Party meetings on Monday and Tuesday. It also referred to their "hostile" media statements.

It wanted action under paragraph 2 (1) (a) of the Tenth Schedule of the Constitution, which disqualifies MLAs if “voluntarily” give up the membership of the party which they represent in the House.

The Congress letter said the Supreme Court has “unequivocally held” that the provision comes into effect when the conduct of an MLA leads to this inference.

Among those sent notices are Vishvendra Singh and Ramesh Meena, who were sacked along with Pilot from the state cabinet after their rebellion against Ashok Gehlot.

Others include Deepender Singh Shekhawat, Bhanwar Lal Sharma and Harish Chandra Meena, who had also given statements to the media challenging the Gehlot government.

Sachin Pilot has been upset since the Congress picked Gehlot for the chief minister’s post after the 2018 assembly polls. His supporters had credited him for leading the Congress to victory as the state unit president.

In the past, the ruling party has claimed the support of 13 independents, two MLAs each from the CPM and the Bhartiya Tribal Party (BTP), and one from the Rashtriya Lok Dal (RLD).