The Samyukta Kisan Morcha, an amalgam of over 40 farm unions and earlier appealed people to join the bandh. 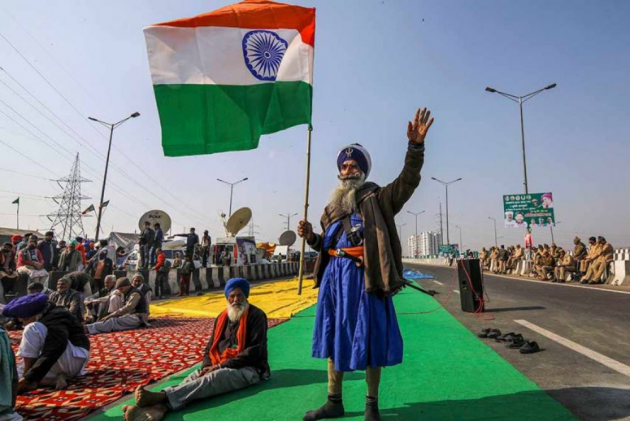 Congress on Sunday extended its support to the “Bharat Bandh’ called by farmer unions on September 27 to protest against the Centre’s agricultural laws.

The Samyukta Kisan Morcha, the umbrella body of over 40 farm unions spearheading the farmers' agitation, had earlier appealed to the people to join the bandh.

Congress general secretary (organization), K C Venugopal, said the Congress and its workers will extend our full support to the peaceful 'Bharat Bandh' called by farmer unions on Monday.

"We believe in the right of our farmers and we will stand by them in their fight against the black farm laws," he said.

"All PCC Presidents, Chiefs of Frontal Organizations are requested to go out in front with our Annadatas in their peaceful Bharat Bandh across the country," Venugopal said.

The government and farmer unions have held 11 rounds of talks so far, the last being on January 22, to break the deadlock and end the farmers' protest.

Talks have not resumed following widespread violence during a tractor rally by protesting farmers on January 26.

The three laws -- The Farmers' Produce Trade and Commerce (Promotion and Facilitation) Act, 2020, The Farmers (Empowerment and Protection) Agreement of Price Assurance and Farm Services Act, 2020, and The Essential Commodities (Amendment) Act 2020 -- were passed by the Parliament in September last year.

Farmer groups have alleged that these laws will end the 'mandi' and the MSP procurement systems and leave the farmers at the mercy of big corporates, even as the government has rejected these apprehensions as misplaced and asserted that these steps will help increase farmers' income. (With PTI inputs)