Former Finance Minister Chidambaram will walk out of Tihar jail after spending 106 days in custody. 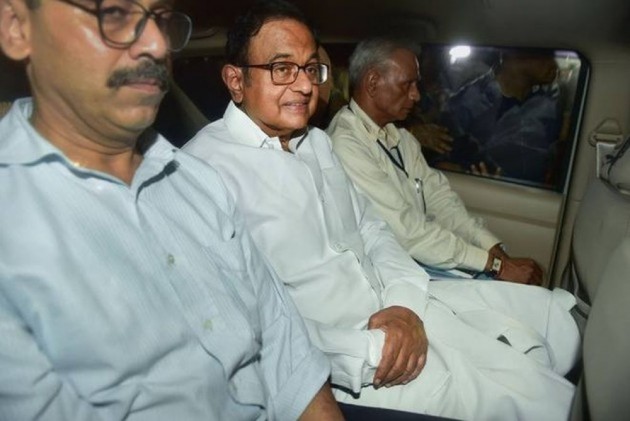 First arrested by CBI from his residence on August 21 in the INX Media case, Chidambaram has been in custody for the last 106 days. The Enforcement Directorate arrested him on  October 16 at Tihar jail in the INX Media money laundering case.

How it all started

The CBI first registered its case on May 15, 2017, alleging irregularities in an FIPB clearance granted to the INX Media group for receiving overseas funds of Rs 305 crore in 2007, during Chidambaram's tenure as finance minister.

The CBI's FIR suggests that the FIPB granted permission to INX Media, promoted by industrialists Peter and Indrani Mukerjea, to bring in FDI of Rs 4.62 crore. But the company brought in over Rs 300 crore foreign fund.

Indrani and her husband, Peter, were charged with entering into a criminal conspiracy with Karti Chidambaram, to use his influence owing to his father's high office and get foreign investments while evading necessary FIPB approvals.

The CBI arrested Karti Chidambaram in February 2018 in connection with the INX Media corruption case. He was later released on bail.

Chidambaram moved Delhi High Court seeking anticipatory bail in both CBI and ED cases separately and was only granted interim protection in July 2018 from arrest by the two agencies.

The High Court dismissed his bail pleas on August 20, 2019, naming him the ‘kingpin' in the INX Media case and declined his request to stay the order for three days to enable him to move an appeal in the top court. But he moved the apex court and failing to get an immediate hearing, went missing from his house.

After a high-pitched drama, he appeared the next day at a press briefing while the CBI reached his residence, climbed the walls to get inside and later arrested him.

Then, Chidambaram was sent to four-day CBI custody, which was periodically extended till September 5, 2019.

On September 5, the Supreme Court dismissed his plea in ED case challenging the high court order that denied him pre-arrest bail. Chidambaram unconditionally withdrew a petition challenging a non-bailable warrant issued by the trial court and subsequent CBI custody. Afterwards, he was produced in a special court, which sent him to Tihar jail for 14-day judicial custody.

Next month, a Delhi court allowed the ED to interrogate Chidambaram in Tihar Jail and arrest him if needed. Following this, ED questioned and arrested the former finance minister on October 16, 2019. A day later, he was put into ED's remand till October 24.

The CBI October 18 filed the charge sheet against him and 13 others in the corruption case. The investigation agency said Indrani Mukerjea claimed to have paid a bribe of $5 million to  Chidambaram and his son Karti through offshore payments.

On October 22, the Supreme Court granted bail to Chidambaram in the INX Media corruption case.

However, he stayed in jail since a Delhi court extended his ED custody till October 30. Afterwards, the court sent him to judicial custody till November 13 in the money-laundering case, which was later periodically extended to December 11.

Finally, the Supreme Court set aside Delhi HC's November 15 verdict denying bail to Chidambaram, who has been in custody for 105 days since August 21.