At exactly 2.43 p.m., the Rs 375 crore GSLV-Mk III rocket began its ascent into space from the second launch pad at the Satish Dhawan Space Centre (SDSC) in Sriharikota, Andhra Pradesh. 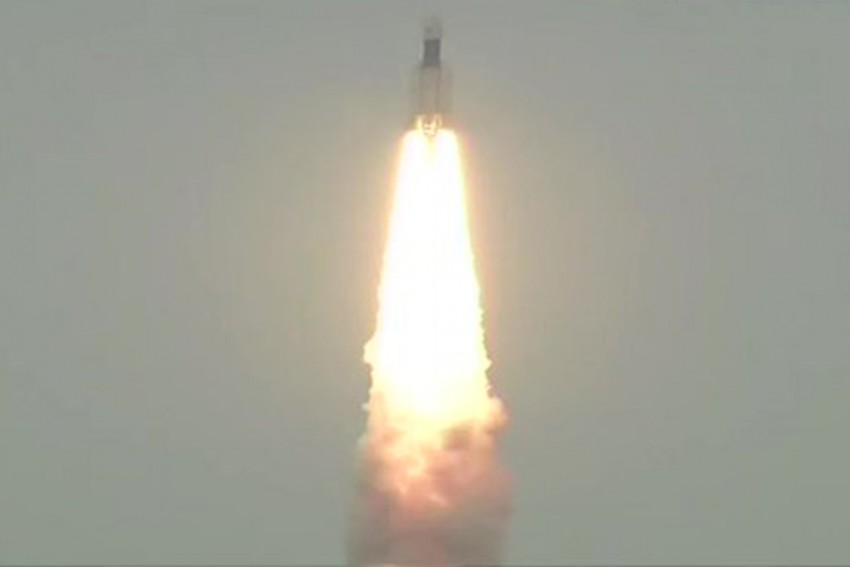 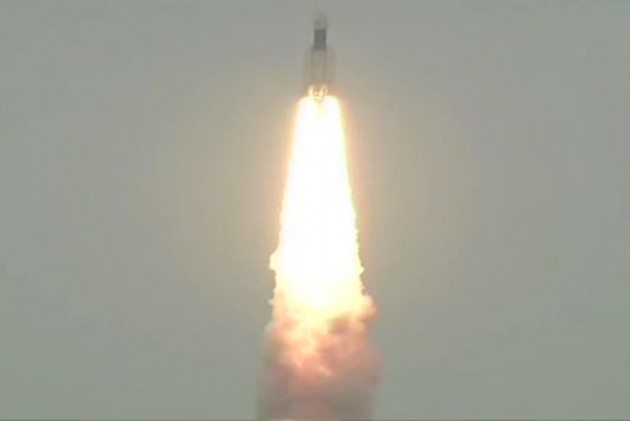 At exactly 2.43 p.m., the Rs 375 crore GSLV-Mk III rocket began its ascent into space from the second launch pad at the Satish Dhawan Space Centre (SDSC) in Sriharikota, Andhra Pradesh.

The three-stage rocket GSLV-MkIII-M1 blasted off from the Satish Dhawan Space Centre here at 2.43 p.m amid cloudy skies, a week after the earlier launch was called off on July
15 following a technical snag observed during the propellant filling stage.

It will inject the 3,850-kg Chandrayaan-2 into Earth orbit, about 16 minutes later, marking the first phase of the ambitious mission that will take about 48 days to land on the moon surface. 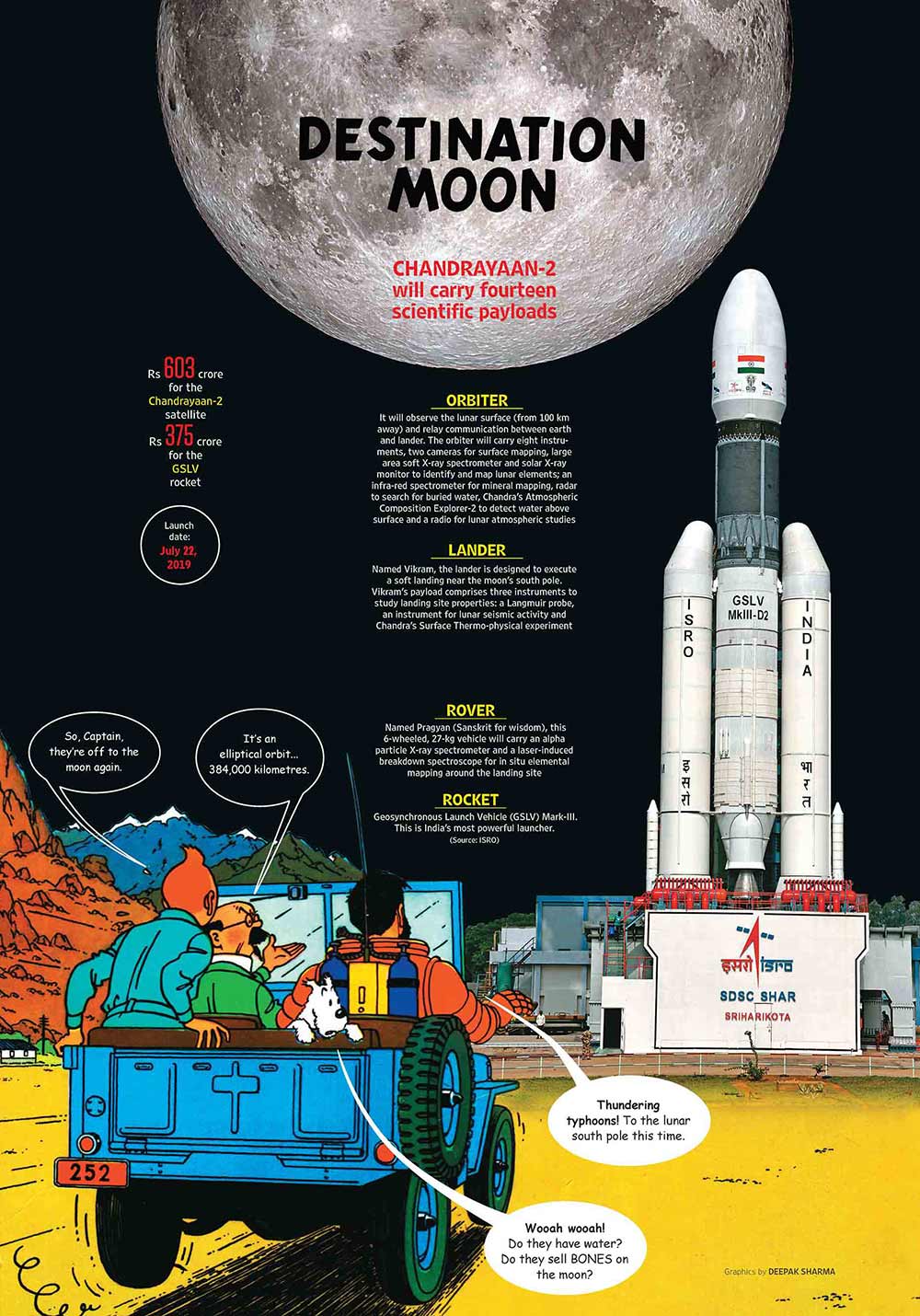 The three-component Chandrayaan-2 comprising an orbiter, a lander and a rover will undergo 15 crucial manoeuvres before landing on the moon, expected by the first week of September, Indian Space Research Organisation said.

Earlier, a 20-hour countdown for the launch started at 6.43 pm Sunday after ISRO scientists rectified the glitch that prompted them to call off the earlier launch.

Billed as the most complex and prestigious mission undertaken by ISRO since its inception, Chandrayaan-2 will make India the fourth country to soft land a rover on the lunar surface after Russia, the United States and China.

After lift-off, the 3,850 kg Chandrayaan-2, comprising an orbiter, lander and rover, will undergo 15 crucial manoeuvres before landing on the Moon, expected by the first week of September, Sivan said.

Scientists would make soft landing of the lander in the South Pole region of the Moon where no country has gone so far, the ISRO chief said.

At the end of the Earth-bound phase, the orbit of the spacecraft will be finally raised to over 1.05 lakh km before nudging it into the Lunar Transfer Trajectory taking it to the proximity of Moon in the next two days.

Then gradually over the next few days it will be brought to 100 X 100 km circular orbit when the lander will separate and after another few days of orbiting it will make a soft landing at a chosen place on the Lunar surface.

The soft landing of the lander - Vikram carrying rover 'Pragyan', one of the toughest phases of the mission and described by the ISRO chief as "15 minutes of terror (filled moments), would be attempted between September 6-8.

"Chandrayaan-2 is the next leap in technology as we attempt to soft land close to South Pole of Moon. The soft landing is extremely complex and we will experience approximately 15 minutes of terror," he had said earlier.

The mission, which carries a total of 13 payloads, including three from the Europe, two from the US and one Bulgaria, seeks to improve understanding of the Moon which could lead to discoveries that will benefit India and humanity as a whole.

ISRO encountered the snag on July 15 when the liquid propellant was being loaded into the rocket's indigenous cryogenic upper stage engine.

Veteran scientists heaped praise on ISRO for calling off the launch rather hurrying into a major disaster.

According to ISRO, the lunar South Pole is an interesting surface area which remains in shadow than North pole. There is a possibility of the presence of water in permanently shadowed areas around it, the agency said, adding craters in the South Pole region have cold traps and contain fossil record of the early solar system.