The Road Transport and Highways Minister said work needs to be commenced on a war footing on highway projects, including the Rs 1 lakh crore Delhi-Mumbai new expressway 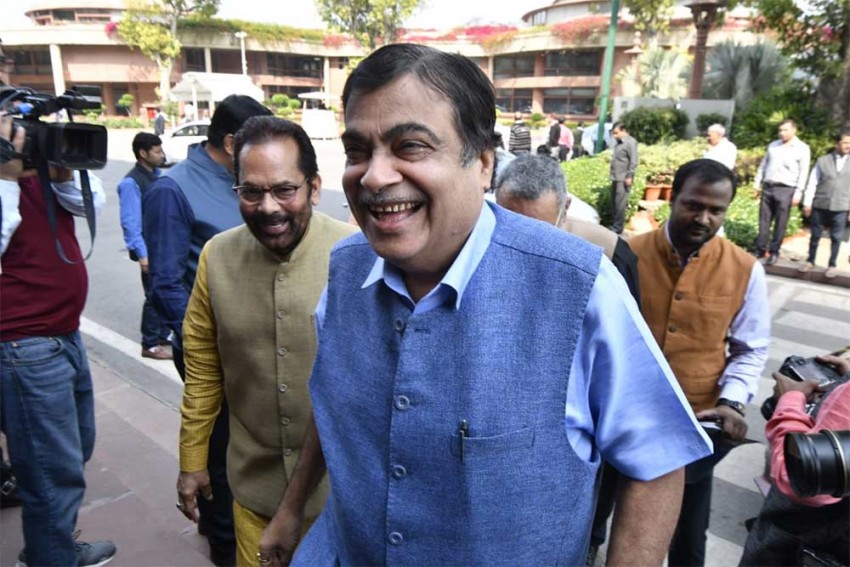 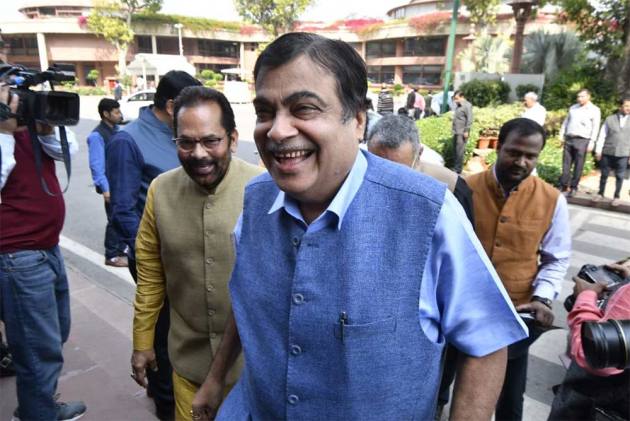 Turning 'crisis into opportunity', India needs renewed focus on infrastructure in the wake of the damage caused by COVID-19 and talks are on with state governments to re-start highway construction projects where migrant labourers can be gainfully employed, Union minister Nitin Gadkari said.

In a video-conference with PTI, the road transport, highways and MSME minister said talks are on with state governments for facilitating safe return of migrant labourers, an estimated 20 lakh of whom are in shelters pan-India.

"I had a meeting with road sector officials. Work can be re-started at projects with condition that adequate measures are taken for safeguard against coronavirus. We have to follow guidelines. At some places, collectors have given permission, some not. We are doing a follow up along with the chief secretaries of the states," the minister said.

He said an estimated about 20 lakh migrant labourers are stuck in shelters or have gone back to villages and in view of the Disaster Management Act being in place, district collectors can take a decision on it.

"As I have said and believe, we can turn any problem into an opportunity, we need to focus on highways building with renewed vigour...Highways sector has faced many obstacles due to coronavirus. In coming years we will have to give the highest priority to the infrastructure sector. To accelerate the economy, infrastructure is needed," Gadkari said.

He said plans are afoot to boost the highways sector. A committee has already been set up, he said, adding that work needs to be commenced on a war footing on highway projects, including the Rs 1 lakh crore Delhi-Mumbai new expressway which would usher in development of backward and far-flung areas of Rajasthan, Haryana, Maharashtra, Gujarat and Madhya Pradesh.

Reiterating that the government has saved a massive Rs 16,000 crore on land acquisition as it is on a new alignment, the minister urged companies to come forward for setting up manufacturing hubs and clusters along the highway to boost economic growth.

Besides, work on some other stretches also needs to be accelerated, like the Dehradun-Haridwar highway in view of the upcoming Kumbh Mela as it would not be possible to widen the highway during the event, the minister said.

He said there are six-seven flyovers which are required to be built on the Dehradun-Haridwar highway and talks are on with the state government officials for permission to start work while following all norms, including social distancing and sanitisation to prevent COVID-19.

"As soon as we get permissions from the state government, we will start the construction work. Contractors will work in adherence to the norms while keeping safe for coronavirus. We will adhere to all guidelines," he said.

"We have plans to do more than double or thrice the work we did this year (2019-20). To accelerate economy, road sector will do good work. In view of the lockdown the government will soon decide how to resume work as once rain comes highways construction gets difficult," he said.

The government has envisaged an ambitious highway development programme -- Bharatmala Pariyojana --which includes development of about 65,000 km of national highways.

As far as supply chain and transporters' issues are concerned, Gadkari said all chief ministers have already been requested to streamline transport, while Jawaharlal Nehru Port Trust has started exporting containers also.

"By and large transport has started....We are in constant touch. For a smooth supply of goods cooperation from drivers, cleaners and other stakeholders is needed. We will win the coronavirus fight and convert the problems into opportunity," the minister said.

Claiming that livelihood of about one crore truckers was in peril due to the lockdown, transporters had demanded an immediate relief package for the sector.

The outbreak of coronavirus pandemic and the resultant lockdown has led to the idling of more than 90 per cent of about 1 crore truckers, they have said.

More than 4 lakh truckers with goods under non-essential categories are still stranded across India, while goods worth about Rs 40,000 crore are lying in vehicles in the absence of unloading mechanism as well as reluctance on part of godowns, owners and others, the All India Motor Transport Congress (AIMTC) has said.
ABM

These Aadhaar-integrated Cameras Can Be A Game-changer In Fight Against Covid-19: Experts